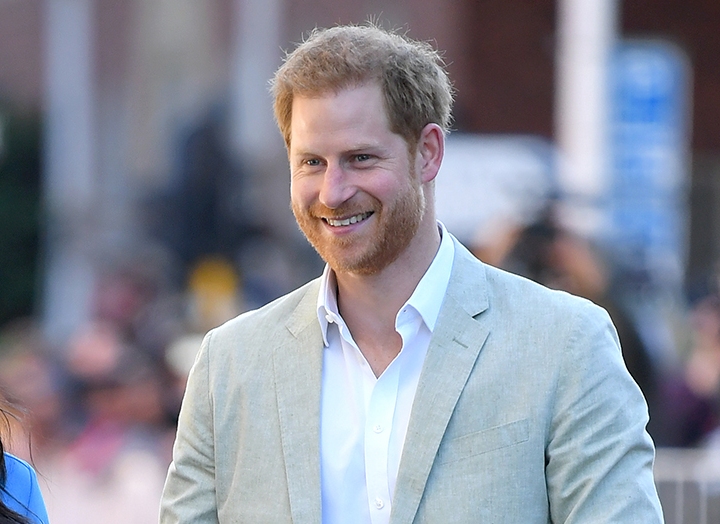 Called Finding Freedom, the biography features a variety of information about the royal couple, including the details behind the prince’s profile, @SpikeyMau5. Harry reportedly named the handle after his favorite DJ, Deadmau5, as well as his Facebook alias, Spike Wells. Makes sense.

Per the book, written by royal reporters Omid Scobie and Carolyn Durand, Meghan Markle began following the mysterious account (aka @SpikeyMau5) shortly after her first date at Soho House’s Dean Street Townhouse in London with her now-hubby.

Shortly after the dinner, the Duchess of Sussex used her very public Instagram account to share a photo of a Love Hearts candy with the inscription 'Kiss me' and the caption, "Lovehearts in #London.” How sweet.

As for Harry’s, there’s not much else we know about the account, besides the fact that it had Deadmau5's mouse-ear helmet as the profile photo. Unfortunately, @SpikeyMau5 no longer exists.

Last month, we learned that the 35-year-old duke had a secret Facebook profile back in the day. According to Page Six, Harry reportedly used the not-so-believable profile “Spike Wells,” which was active from 2008 until 2012, when it suddenly disappeared.

Unlike the Instagram account, the Facebook one was a little easier to link to the duke. First of all, “Spike’s” hometown was reportedly listed as Maun, Botswana, which is one of the royal’s go-to spots. Not to mention, the profile had never-before-seen photos of Prince Harry and his then-girlfriend, Chelsy Davy.