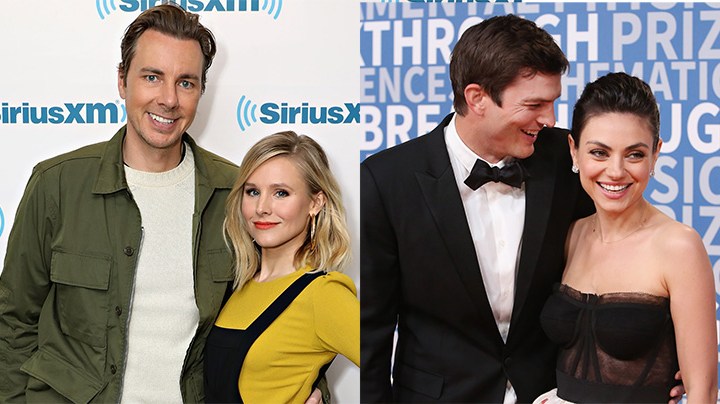 Kristen Bell is dishing on her and Dax Shepard’s relationship with another celebrity power couple, and we so want in.

The 37-year-old recently attended the premiere for Pandas, a new documentary film in which she’s the narrator, and discussed the recent news about her husband joining the cast of The Ranch. Bell went on to talk about Shepard’s real-life friendship with his new costar in the Netflix series, Ashton Kutcher, and revealed that their relationship dates all the way back to the early 2000s when the That ’70s Show actor hosted a well-known MTV series.

She said, “Really they started that with Punk’d. They fell in love and they remained friends.”

But wait, there’s more. Bell also admitted that her friendship with Kutcher’s wife, Mila Kunis, developed long before they tackled the woes of parenting in Bad Moms. She continued, “I was just lucky enough to work with Mila on [Forgetting Sarah Marshall]. We became great friends and that contributed to Bad Moms.”

Oh, and did we mention that they are passing their adorable friendship on to their children? “But yes, we love [each other]. It’s a very nice foursome, and we have kids the same age. They’re good people,” Bell said.

Bell and Shepard have two daughters, Lincoln (4) and Delta (3), whereas Kunis and Kutcher have a daughter, Wyatt (3), and a son, Dimitri (1).

It appears the Fantastic Four has some major competition.