As many parents know, it can be fun to brag about your kids and their accomplishments, and Kelly Ripa just discovered a brand-new reason to be proud of her eldest son, Michael (25).

On the latest episode of Live with Kelly and Ryan, Ripa and Ryan Seacrest were perusing the latest edition of People magazine, where Chris Evans was named the “sexiest man alive.” And as they looked through the mag, it didn't take long for Seacrest to point out that Ripa's eldest son was also featured in the special issue.

The clip starts off with Seacrest flipping through the mag, saying, “I stumbled across [this]: This is a Consuelos, next gen Consuelos, right there with daddy Consuelos.”

In the photo, Michael is sporting an open jade blazer. For comparison, there's a small photo of young Mark Consuelos printed right next to it. 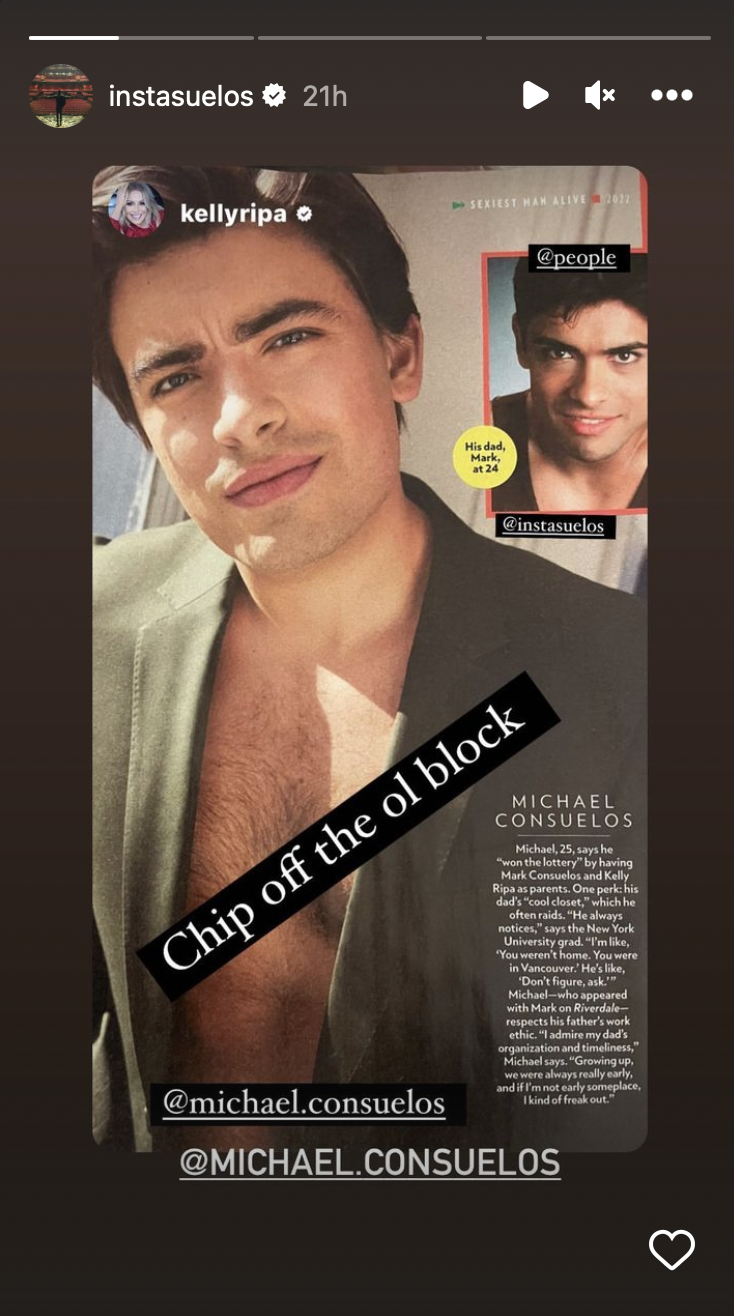 When Seacrest opened to the page, Ripa showed her surprised excitement, saying, “Are you kidding me?!” To which Seacrest said, “One of yours—the sexiest people alive.”

Then, Ripa went, “Give me this,” and she grabbed the magazine to look at it. As she peered down at the page, she said, “Well, you would think he would tell us so we could pick up a couple of copies for the grandparents.”

While admiring the feature, Ripa also joked that she forgets Michael looks so much like his father (something that we've certainly noticed in the past). “It's funny, I forget that they look alike until I see photos of them like that, it's crazy.” 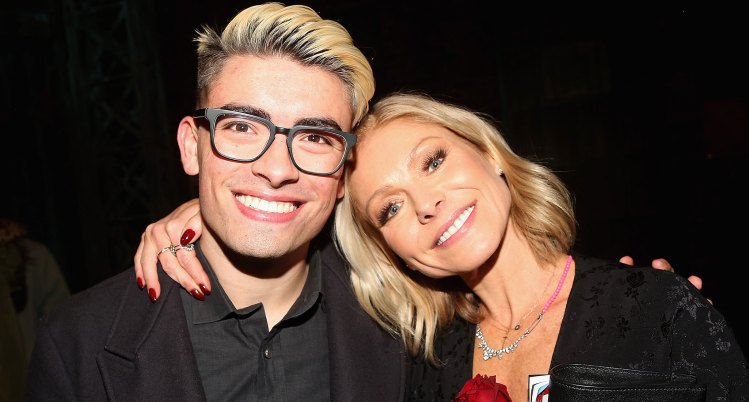 Ripa then went on to praise her eldest, saying, “Michael Consuelos, I always considered you just a handsome young fellow. Conscientious, hard-working, diligent, respectful.” But then she jokingly whispered, “I had no idea that you were considered sexy.”

In addition to his spread, the 25-year-old held an interview with People, which was shared on social media and captioned, “Life is never boring when you’re the son of #KellyRipa and #MarkConsuelos. As part of PEOPLE’s #SexiestManAlive Gen Next, #MichaelConsuelos is opening up about growing up on television sets and the best advice his parents have given him.”

Stay up-to-date on all the latest celebrity news by subscribing here.