Keanu Reeves and Longtime Girlfriend Alexandra Grant Have a Date Night in L.A.

Keanu Reeves and his girlfriend, Alexandra Grant, got all dressed up for a night out in Los Angeles over the weekend.

Per E! News, the couple attended the 2022 MOCA Gala, which was held on June 4 at The Geffen Contemporary. As they posed for photographers, the pair held hands and even shared a laugh on the red carpet.

The John Wick star looked rather dashing in a navy blue suit with a white buttoned-down shirt and striped tie. Meanwhile, Grant donned a red form-fitting dress with a criss-cross neckline and a gold clutch purse. 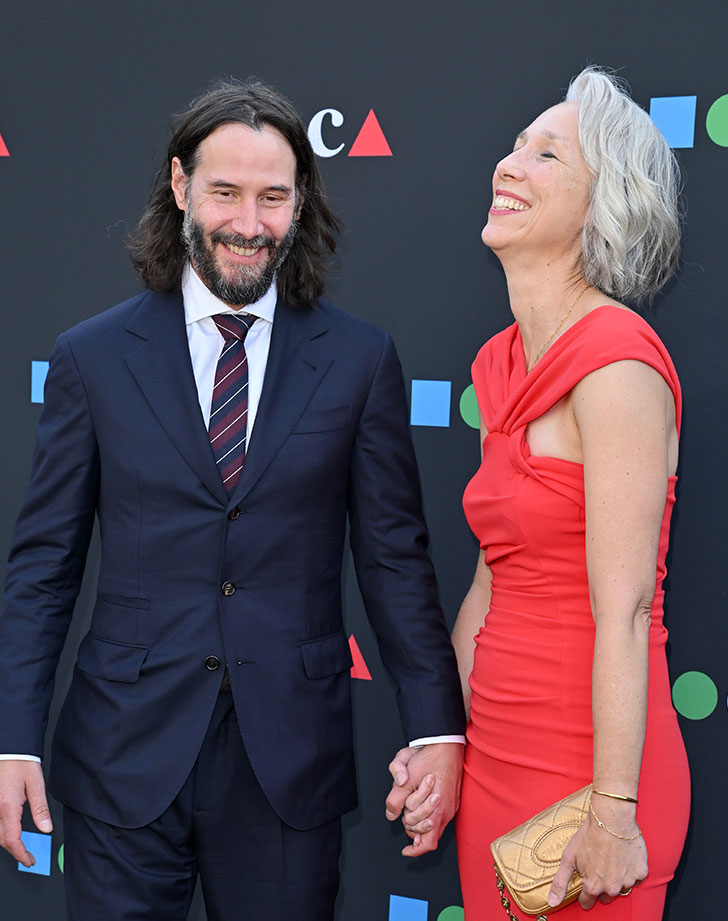 This rare outing marked the couple’s first red carpet appearance in three years. Back in 2019, the two went to the LACMA Art + Film Gala (presented by Gucci) in Los Angeles, California. Reeves and Grant showed up to the event holding hands, and that’s when the dating rumors were ignited.

The 46-year-old Los Angeles-based artist first met the actor back in 2009—and went on to work with Reeves on two illustrated books he wrote: the 2011 book Ode to Happiness and Shadows. They even founded a publishing company together in 2017, called X Artists’ Books.

Before the entire world knew about their romance, the two were dating for years. According to Grant, they became very good friends after she made a book for him. “The book was made as a surprise, by me, for Keanu, as a private gift,” Grant said, per British Vogue. “All our friends sitting in the room got the giggles when I gave it to him—they said, ‘Please publish it!’ So that’s how we got into publishing.”

Is Keanu Reeves Married? Here’s What We Know