Is Keanu Reeves Married? Here's What We Know

It's no secret that Keanu Reeves is one of the most versatile actors in Hollywood. For instance, we've seen him portray a brilliant hacker (The Matrix), a fearless action hero (Speed) and a hustler (My Own Private Idaho). But as impressed as we are with Reeves's lengthy list of successful films, we can't help but wonder: Is Keanu Reeves married, dating, or single at the moment? And what is his relationship history? Read on to see what we know. 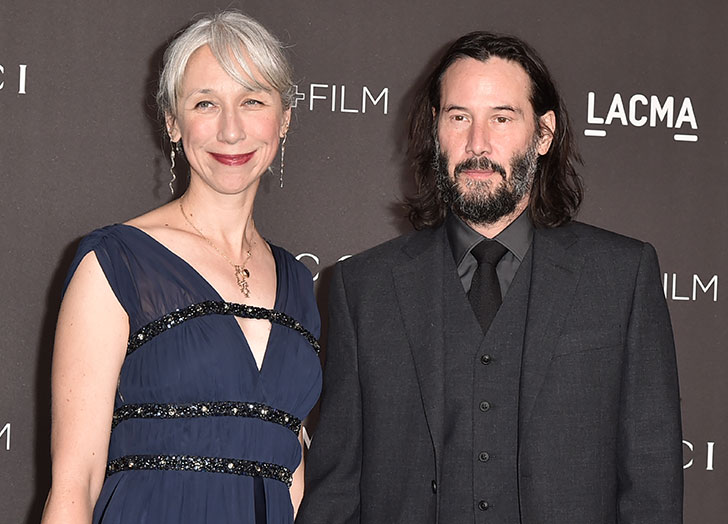 1. Is Keanu Reeves In A Relationship?

The short answer? Maybe. Since the actor is typically private about his dating life, there's no official confirmation that he's seeing someone at the moment. However, it is worth noting that Reeves made headlines in 2019, after he was spotted with his rumored girlfriend, Alexandra Grant. In November, Reeves took Grant as his date to the LACMA Art + Film Gala in Los Angeles—but this wasn't the only time they were seen together.

The pair were also spotted holding hands at the Saint Laurent fashion show in Malibu, California, and they attended the MOCA Benefit together. Additionally, in 2016, they went to the UNAIDS Gala in Switzerland, but since then, neither party has spoken out to confirm if they're an official couple.

2. Who Is Alexandra Grant?

It turns out Grant is a woman of many talents. The 47-year-old is a Los Angeles-based artist who's experienced in painting, drawing and sculpting. From 2009 to 2011, Grant worked as a professor at Art Center College of Design in California, and in 2015, she directed a documentary film called Taking Lena Home.

The artist has also collaborated with Reeves on a few projects, according to People. Grant illustrated two books that Reeves wrote: Ode to Happiness and Shadows. And in 2017, the two co-founded a small publishing company called X Artists Books (also referred to as XAB).

It's been reported that the pair met in 2009, during a social event, but details haven't been revealed. Still, given their shared interest in art, it's possible that they met at an art exhibit.

As previously mentioned, both Reeves and Grant have kept quiet about their dating lives. And by the looks of Grant's official Instagram account, it appears there haven't been any nuptials since her last public appearance with the actor. While it's very likely that they're seeing each other privately (assuming that they're still together), it seems like they haven't tied the knot.

Reeves has had quite a few previous relationships, although most of them have never been confirmed. In addition to Grant, the Matrix actor has been romantically linked to Sofia Coppola, Jennifer Syme and Claire Forlani.

Who Is Jodie Foster’s Wife, Alexandra Hedison? Here's Everything We Know