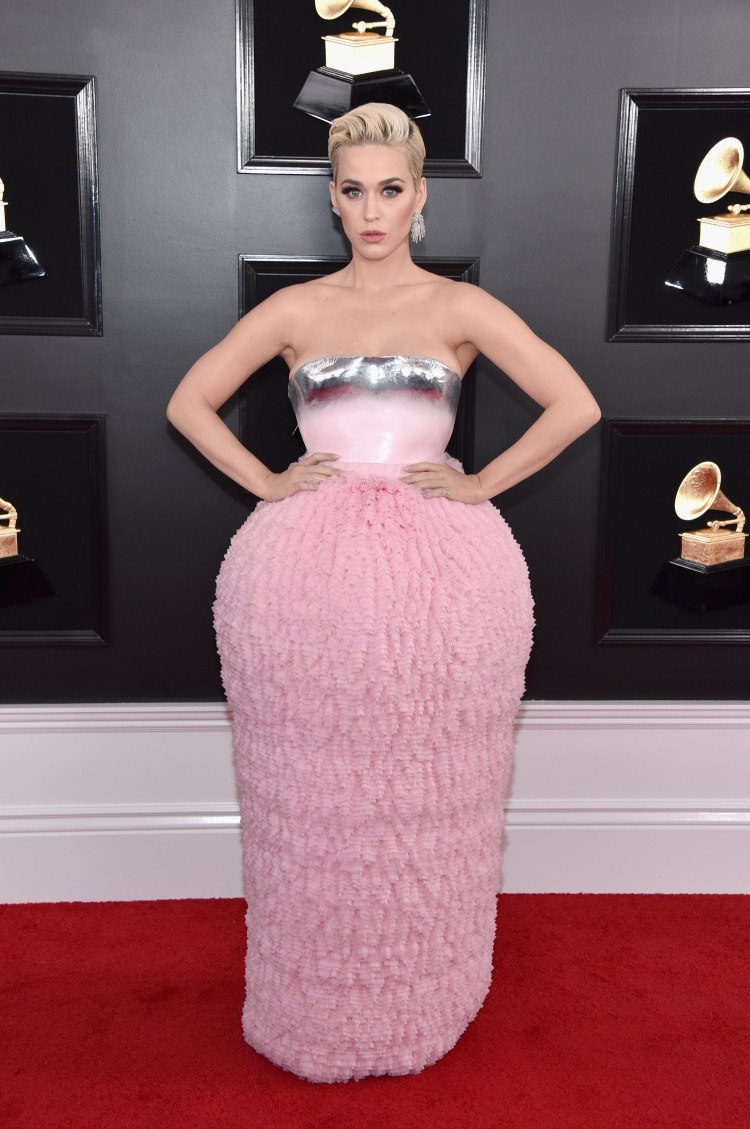 It was definitely a look, and Twitter users were quick to poke fun. And because Perry is the epitome of a good sport, she shared her favorite disses on her Instagram stories.

There was, of course, a Hostess Sno Balls mention. 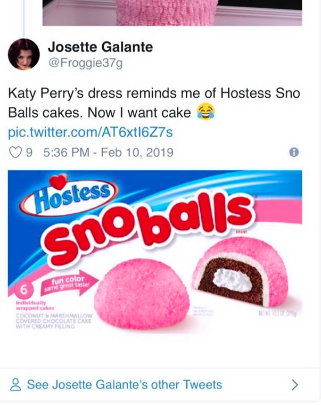 Judging from the laughing/crying emoji, it seems Perry found her likeness to a Barbie cake just as entertaining as we did. 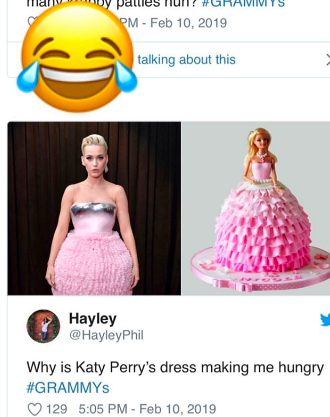 This ice cream side by side was especially spot-on. 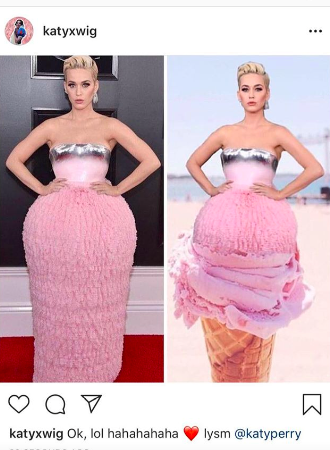 But it was an image of herself and her dress Photoshopped onto a paint roller that was Perry’s ultimate fave. She loved it so much that she posted it on the ’Gram (not just Stories!) for all to enjoy.

The 13-time Grammy nominee captioned it, “Hi to whoever made this edit,” with the kiss face emoji to show there were no hard feelings.

In addition to inspiring a tidal wave of Twitter memes, Perry performed in a Dolly Parton tribute number to honor the Queen of Country Music during the Grammys.

Parton was chosen as the person of the year by the Recording Academy’s MusiCares foundation, and everyone from Perry to Miley Cyrus celebrated her legacy by singing covers of her hits. Perry kicked off the tribute alongside country singer Kacey Musgraves with an, um, passionate rendition of “Here You Come Again.” But instead of her meme-able dress, Perry opted for a red Parton-inspired getup.

You keep doing you, KP.