Prince William Breaks Royal Protocol Every Single Time He Steps on a Plane with His Son, Prince George 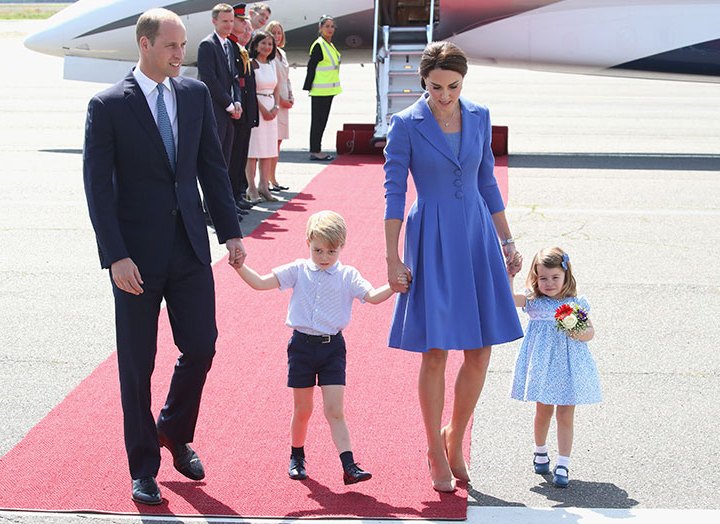 It's no secret that members of the royal family have a ton of rules they must abide by. However, the long list of guidelines consists of more than just a dress code and saying no to selfies. In fact, one unofficial rule in particular deals with preserving the line of succession.

Royal protocol is that two direct heirs, such as Prince Charles and Prince William, in line for the throne are not allowed to travel by plane together. Technically, this is an older rule, that dates back to the days when air travel wasn’t as safe. It was put in place to ensure that the lineage would not be thrown into disarray in the case of an accident.

If you didn’t know, Prince William is second in line to the throne, while Prince George is third in line, Princess Charlotte fourth and Prince Louis fifth. Therefore, it would usually be frowned upon for four heirs to the throne to travel on the same aircraft, according to Cosmo. However, in recent years, Her Majesty has decided to be more lax with the rule (especially with the Cambridge gang), given that air travel is a lot safer than it used to be.

For example, when embarking on a tour of Australia and New Zealand back in 2014, Prince William and Kate Middleton brought 9-month-old George along for the first time. The BBC reports a royal spokesperson at the time negated that the rule was still in effect and said of the matter "While there is no official rule on this, and royal heirs have traveled together in the past, it is something that the Queen has the final say on." The whole fam has since traveled to Canada, Germany and Poland together.

Whether the rule is still on the books or not, we're still pretty sure there are plenty of other ways the royal family will make headlines by breaking protocol.