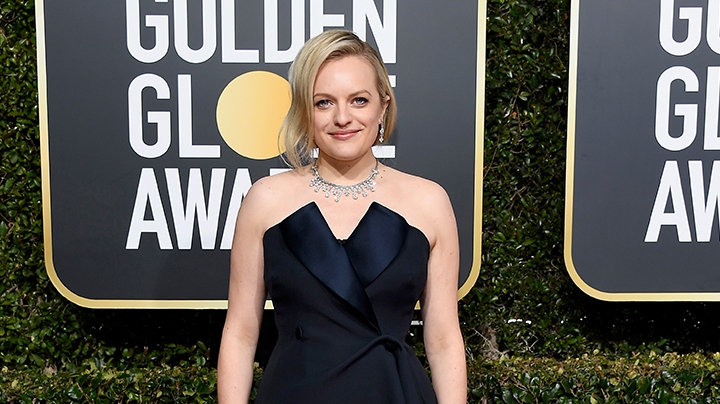 It's no secret that The Handmaid's Tale is dark. Really, really dark. How to lighten the mood? Throw Taylor Swift on the speakers.

At least, that's what Elisabeth Moss says they do while filming the show. She revealed the behind-the-scenes detail in a pre-Golden Globes interview.

And, in an unexpected twist of events, Taylor Swift dropped in for a quick video appearance to say thanks. Swift said, "Hey, it's Taylor. I just wanted to do this video as a shoutout to Elisabeth and say thank you so much for saying in an interview that you listen to my music when you're shooting The Handmaid's Tale, because I'm a huge fan. I'm obsessed with the show."

Moss's response (besides shock and awe)? "Hi Taylor, I'm happy to come over and hangout anytime!"

And just like that, another woman is indoctrinated into T. Swift's cult squad. Season 3 cameo, Taylor?