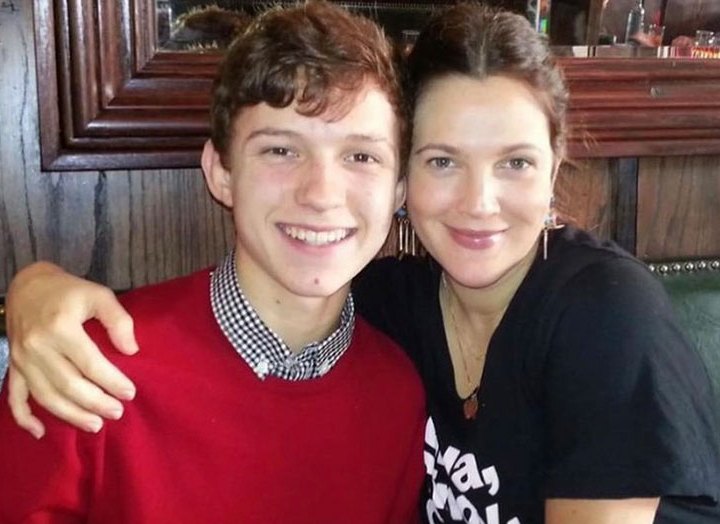 Before Tom Holland captivated the hearts of many as the friendly, neighborhood Spider-Man, the Marvel star stole the heart of the one and only Drew Barrymore.

On Instagram, the actress and talk show host shared a cute throwback picture of herself and Holland (who was a teenager at the time), sharing her love and admiration for the Spider-Man: No Way Home star.

While tagging Holland’s official Instagram handle, she wrote, “I remember meeting you, what was it? 2011? And I was so captivated by you. And I had just watched your movie and we were meeting about a project I was going to direct and I truly thought you were the most impressive and incredible person as well as such an extraordinary talent!”

The 50 First Dates star is likely referring to his film debut in the 2012 disaster movie The Impossible, opposite Naomi Watts. Barrymore went on to say that she’s proud of Holland’s growth and journey on and off the screen.

“Watching you grow up! Fall in love with the greatest woman @zendaya and become our hero!” she added. “From Spider-Man to the greatest dancer in a Billy Elliot and @lipsyncbattle And now you will play Fred Astaire hopefully ??? There is nothing you can’t and won’t do!”

Holland recently starred in the third (and perhaps) final installment in the Spider-Man franchise, No Way Home. In an exclusive interview with People, the 25-year-old actor revealed that he is beyond grateful for the opportunity to play Spider-Man.

So, will Holland return to play Spider-Man in the future? While his future in the Marvel Cinematic Universe remains uncertain, the British actor will star alongside Mark Wahlberg in the new adventure film, Uncharted. Also, he will take on the role of Fred Astaire in a new biopic.