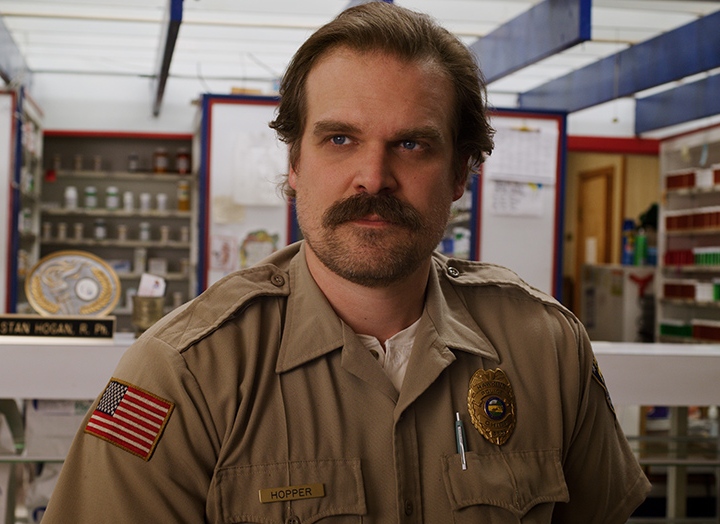 David Harbour is opening up about Chief Hopper’s future on Stranger Things, and his story line sounds like a doozy (to say the least).

The 45-year-old actor recently sat down for an interview with Deadline, where he discussed what’s to come in Stranger Things season four.

“Each season we get to see a different side of him, and last season it was sort of wacky,” he said. “I loved playing that, [but] now I think he’s painted in a bit of a darker palette, and he’s able to express these really deep things about him that we haven’t really known yet. It’s been hinted at, but we don’t really know.”

Season three of Stranger Things ended on a major cliffhanger, when (spoiler alert!) the Russian lab beneath the Starcourt Mall exploded with Hopper inside. While Joyce (Winona Ryder) and Eleven (Millie Bobby Brown) were left to question Hopper’s fate, the end credits confirmed the Russians have an American hostage (aka Hopper).

According to Harbour, the best is yet to come. “We know that Hopper is the American in that Russian prison,” he explained. “To me, what happens in this season…it’s very epic and very big in a Stranger Things way. There’s monsters, there’s horrors, there’s scares, there’s great Indiana Jones-type action. But also, we get to see some of Hopper’s really deep backstory that we hinted at with the boxes in season two.”