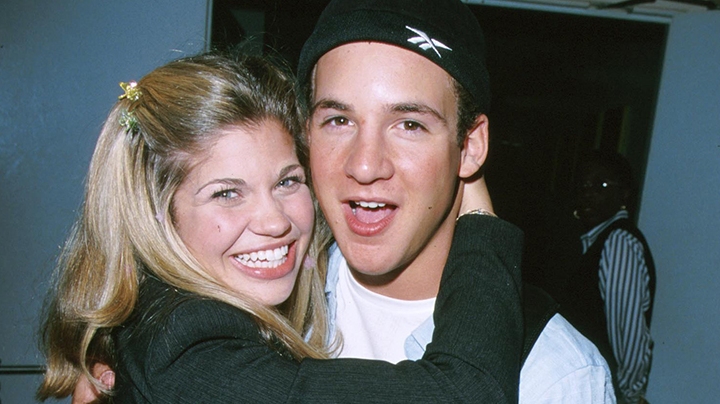 Shortly after Danielle Fishel’s son entered the world, the boy had to meet her World—the TV family behind the ‘90s sitcom that made her a household name, that is. The actress, who launched her own hair care line, Be Free by Danielle Fishel, on Wednesday, revealed that she couldn’t wait to introduce her son, Adler, to her Boy Meets World and Girl Meets World costars. And, it turns out, they’ve been a crucial support system as she navigates life as a new mom.

“It’s pretty special. These are people I’ve had in my life for almost 30 years, and next to my blood family, they’re the closest people to me that I can have that kind of relationship with,” Fishel said. “We don’t take it for granted.”

They know what it’s like growing up in the spotlight, appearing in the show throughout its 1993-2000 run—then again, as adults, in its spinoff series, Girl Meets World, from 2014 to 2017.

Ben Savage, who played her childhood-love-interest-and-eventual-husband (aka Cory Matthews) on both series, was one of the first people she Instagrammed meeting her son, after his three-week stay in the NICU. (Adler was born four weeks early after lymphatic fluid was found between his lungs and the wall of his chest, a condition known as chylothorax, Today reported.)

Ben’s been a source of comic relief: “He calls Adler ‘Adlah,’ which is how his niece or nephew says certain words,” she said. Meanwhile, Cory’s older brother on the show, played by Will Friedle, and his wife live close to Fishel’s family, so they’re over for dinner “all the time.”

But the one member she keeps on speed dial for every parenting question that keeps her up at night? That’d be Rider Strong, who played her friend, Shawn Hunter, in the series.

“Rider has a 4-year-old, so I’ve reached out to Rider more times than I can count with, ‘Please tell me what comes next!’ and ‘What do I do about this? What was your experience with this? What does your doctor say about this?’” said Fishel.

Everyone remains so close-knit, in fact, that the actress hinted the Boy Meets World crew might be reuniting soon. “We’ve got varied interests, but there’s stuff in the works where we can all be together again, for a work-related purpose, which we’re all very excited about,” she teased. Stay tuned.