Within some Christian sects, there is a holiday celebrated on November 2 called All Souls' Day, which is meant to honor those who have passed. And earlier this month, Charles Spencer, 58, made a special post to commemorate the lives of his late sister, Princess Diana, and his deceased father, John Spencer.

The 9th Earl Spencer posted a throwback that featured all three of them at the 8th Earl Spencer's birthday party in 1989. In his caption, Charles said, “Today is All Souls Day - when it’s customary to remember the souls of those you love, who’ve departed: it is known in some parts of the world as the Day of the Dead.”

In the rest of his caption, Charles explained the background of the photo, adding, “A deeply poignant photograph for me from the summer of 1989, when there was a party at Althorp to mark my father’s 65th birthday earlier that year.” At the end of his message, the earl credited John Roan Photography and added the tags: “#allsoulsday #dayofthedead #familyphotography.”

The photo sees Charles and Diana sitting on each side of their father, who smiles from his seat in the center. The late Princess of Wales was around 28 years old at the time of this photo, while the 9th Earl Spencer would've been 25. 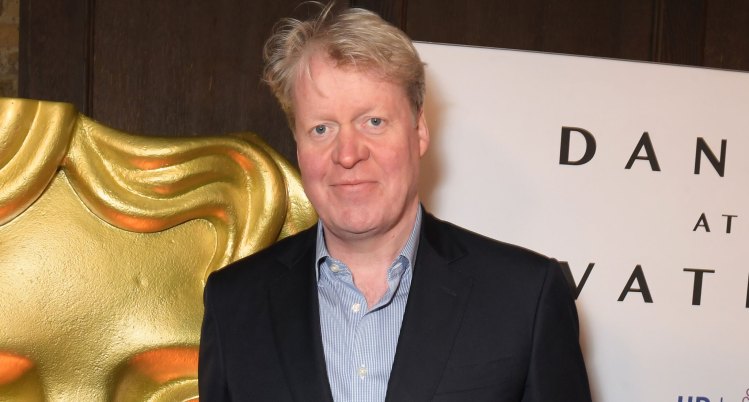 This isn't the first time Charles has posted a family throwback to his account.

Back in April, the 9th Earl Spencer found a newspaper clipping that featured his entire family, including him, Diana, their sisters Sarah and Jane, their father and their mother, Frances Shand Kydd.

“A snapshot of family life in 1966,” Charles wrote in the caption.

We always love Charles's family tributes, but this might be one of his best yet.

Everything You Need to Know About Princess Diana’s ‘Revenge’ Dress

news
by Greta Heggeness
Kelly Ripa’s Surprise ‘Live’ Guest Co-Host Is a Very Famous Face
news
by Karelle Mckay
Sofía Vergara Dons Sheer Corset (and Shows Off Her Impressive Shoe Collection) in New IG Pic
news
by Karelle Mckay
Prince Harry Dressed Up as This Superhero to Surprise Kids with a Special Message
news
by Joel Calfee
Lindsay Lohan Shocked the Internet with Her ‘Pilk and Cookies’ Video (So, Of Course, We Tried It Out)
news
by Nakeisha Campbell
Priyanka Chopra Stuns in Yellow Swimsuit During Dubai Getaway
news
by Joel Calfee
George Clooney’s Kids ‘Don’t Really Care’ About His Celebrity Status: ‘They Don’t Actually Believe Me’