Last night, the ladies of Monterey returned to HBO after a far too long Big Little Lies hiatus. So, how are they coping following Perry’s (Alexander Skarsgård) tragic death? And is the town’s newest resident, Mary Louise (Meryl Streep), buying their story about her late son?

Here’s what went down in the season two premiere of BLL, titled “What Have They Done?” 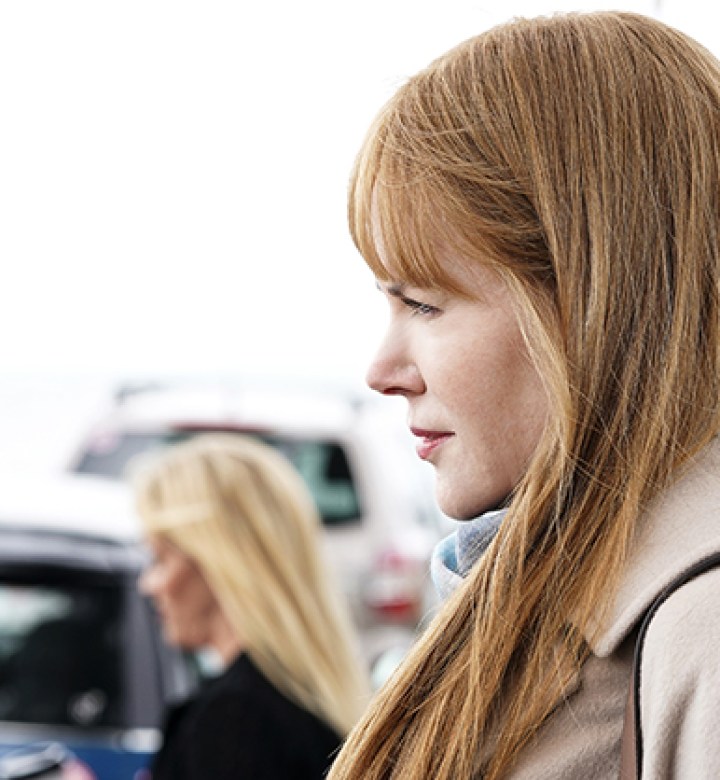 The episode opens on a series of flashbacks from the season one finale. You know, when Bonnie (Zoë Kravitz) pushed Perry to his death during the school’s Trivia Night fundraiser, ultimately saving the other housewives from his alcohol-fueled aggression.

Right on cue, Perry’s mom, Mary Louise, wakes up Celeste from a bad dream and politely asks what it was about. As it turns out, Celeste yelled something about rape in her sleep, and Mary Louise isn’t about to let it go.

Cut to the police station, where an officer is reviewing Celeste’s interview from the night of the fundraiser. In the clip, Celeste takes several deep breaths before looking into the camera, almost as if to say, “Did I do OK?” 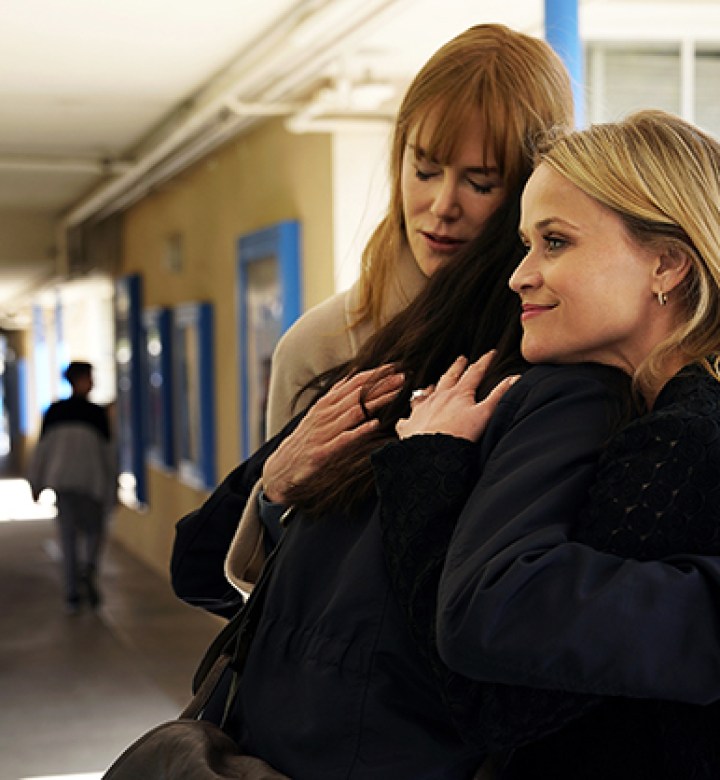 Since it’s the first day of school, Mary Louise offers to drive Celeste and her twins, Max (Nicholas Crovetti) and Josh (Cameron Crovetti). In the car, it’s pretty clear who’s the alpha (fe)male.

When Celeste asks the boys to quiet down, they continue hitting each other like the little brats that they are. But when grandma chimes in, they immediately get quiet and respectfully listen while Mary Louise lectures them on being “fine young boys.”

Meanwhile, Madeline is still as uptight as ever. This time, she’s worried about “earning her good mom badge again” now that it’s the first day of school. Her mindset can be summed up into one quote that her poor husband, Ed (Adam Scott), has to smile and nod through.

“‘Has she gotten fatter over the summer?’ ‘Does she look older?’ These questions get asked, Ed. And we all get judged all over again.” Whatever you say, Madeline.

On campus, Madeline approaches her literal partners in crime. This includes Celeste, Jane (Shailene Woodley) and Renata (Laura Dern), who are all trying to act like they didn’t just witness a murder at the last school event. They even go out of their way to greet Bonnie, who appears to be sinking into a never-ending pit of sweatpants and sunglasses.

When Madeline pulls aside Nathan (James Tupper) and asks if he and Bonnie are fighting, Nathan reveals that Bonnie “shut down” after Trivia Night, leaving him with two possibilities: She’s either channeling a new form of meditation, or she’s struggling to cope with something much bigger. (Like a murder, perhaps?) 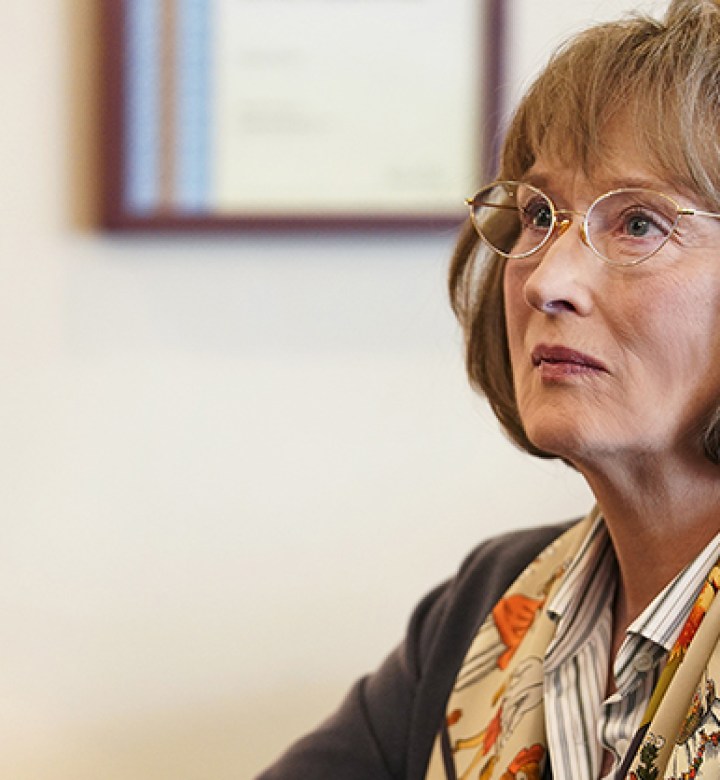 After the school drop-off, Madeline and Celeste stop for coffee. When Celeste goes to the bathroom, Madeline spots Mary Louise at a nearby table. Madeline reintroduces herself before asking how she’s doing, to which Mary Louise immediately brings up her dead son. After dissing Madeline’s height, she says, “I find little people to be untrustworthy.”

You see, Mary Louise can’t seem to read Madeline’s character, which is something that comes very naturally to her. She brings up Perry’s mysterious death (again) and says, “I'm very tempted to ask you, but I doubt I would get the truth, would I?” Gulp.

Elsewhere in Monterey, Celeste is visiting her therapist, Dr. Amanda Reisman (Robin Weigert), for the first time since Perry’s death. Although Mary Louise is a huge help with the boys, the nightmares won’t subside, and it’s becoming a problem. In a surprising turn of events, her therapist suggests that Celeste start seeing other men—an idea she openly scoffs at. 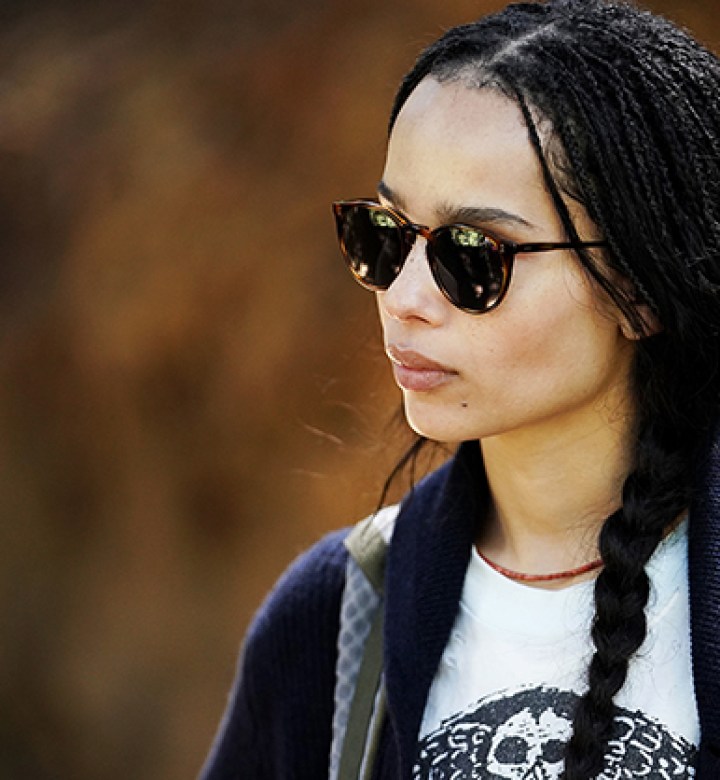 In an act of desperation, Nathan turns to Ed and says that Bonnie’s “gone missing in mental action.” He asks Ed to take her out to lunch, since he’s better at talking to women than he is. Ed, per usual, comes back with a solid response.

“I’m no expert on marriage or anything. I mean, something tells me if you’re seeking out the husband of your ex-wife to, like, lead the communication charge with your new one,” he says before making an iffy face.

Nathan isn’t having it and storms off, repeatedly calling Ed a “snide f***.”

At school, Abigail crushes Madeline’s dreams when she reveals that she doesn’t want to go to college. After taking it out on Nathan, Madeline returns to work only to find Mary Louise, who is looking for a flat in Monterey.

When Madeline pulls her aside, she criticizes Mary Louise for the way she spoke to her earlier that day. Mary Louise offers a long explanation about how Madeline reminds her of someone she used to know and apologizes for punishing her for that.

On the beach, Jane stops in the middle of her jog for an impromptu dance party. She’s interrupted by her surfer co-worker from the Monterey Bay Aquarium, who jokingly warns her about doing weird things in public now that she’s working with children. He goes on to say that she’s already familiar with fooling other people, since she’s a part of the “Monterey Five.” 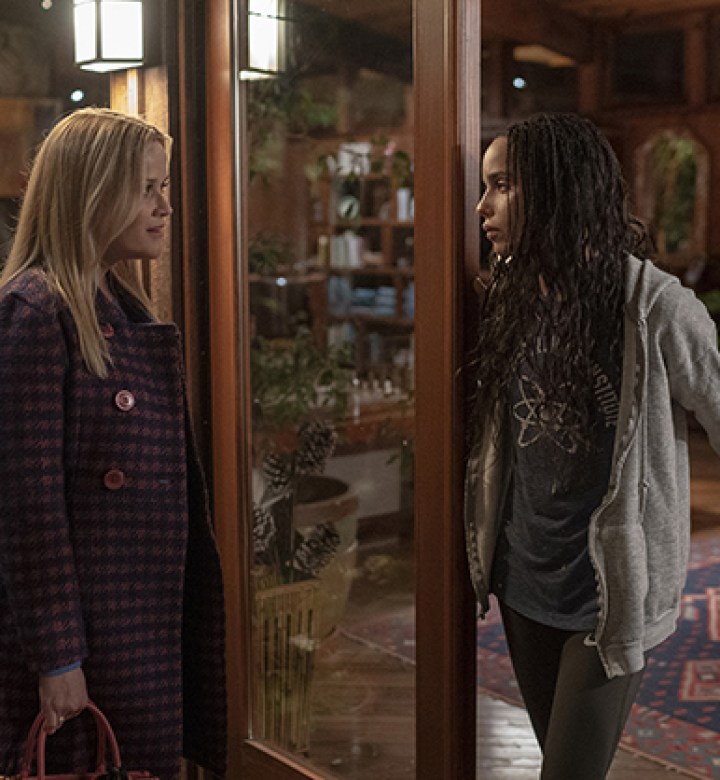 Madeline Martha Mackenzie To The Rescue

When Madeline confronts Bonnie about her behavior, Bonnie gives her an immense amount of sass. “I killed someone, remember? It’s heavy,” she says.

Bonnie goes on to explain that she’s frustrated with Madeline for coming up with a lie and saying that Perry “slipped.” She wishes she came forward that night because she can’t talk to anyone—not even her husband or child—about what happened.

“You can talk to us,” Madeline says.

When Nathan interrupts (*eye roll*), Bonnie seizes the opportunity to walk away. So, Madeline asks to speak with Abigail, who reveals that she already has a post-high school plan that doesn’t involve college. She wants to work for a startup company that specializes in building houses for the homeless, and they already offered her a position starting in June.

For once, Madeline doesn’t have a comeback. 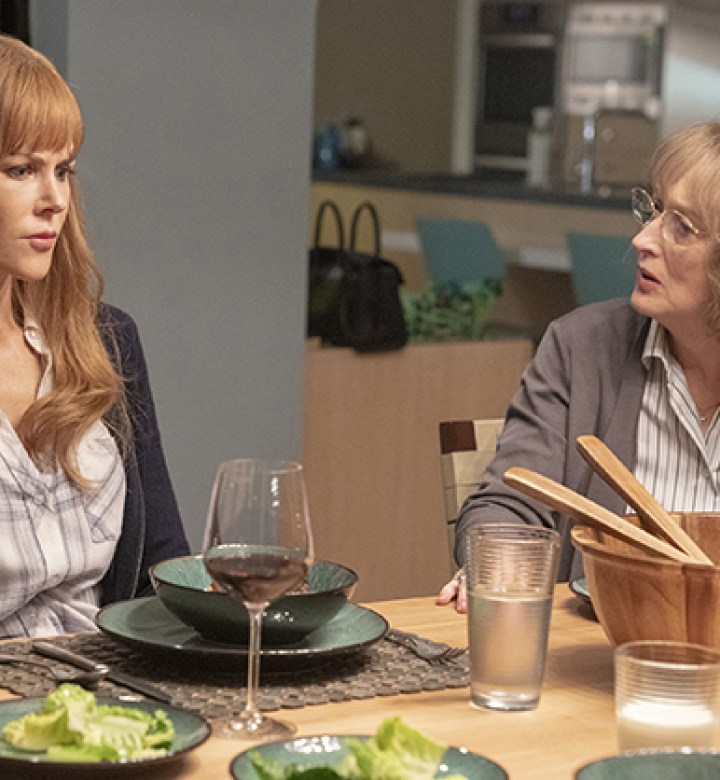 Celeste treats Jane to dinner and demands to know why she isn’t cashing her child support checks, since Perry is Ziggy’s (Iain Armitage) biological father.

“Do you ever hate me, just a little bit?” Jane asks.

Celeste assures her that she knows it was rape. When Jane asks if she’s happy that he’s dead, Celeste says, “It’s complicated.”

At home, Celeste walks in to find a home-cooked meal prepared by Mary Louise. When the twins start fighting, they get scolded (again), prompting one of them to say, “I miss Dad.” Mary Louise says that their feelings are valid and then shows them how to “let it out” without hurting anyone. Cue Mary Louise screaming at the top of her lungs.

“We should scream and beat our chests,” she says. “Don’t you feel angry?” When Mary Louise looks around and realizes how terrified the boys are, she apologizes and blames it on feeling lonely.

In what appears to be a flashback, the Monterey Five are standing in a police lineup, still shaking from the events at Trivia Night. When Perry steps up to the window as a witness, Celeste is woken from the nightmare, screaming.

Just then, Mary Louise enters and comforts her before revealing that Celeste said something peculiar in her sleep.

“So, who are we planning to kill?” Mary Louise asks.

It appears Celeste has some explaining to do. Big Little Lies returns to HBO next Sunday, June 16, at 9 p.m. ET/6 p.m. PT.