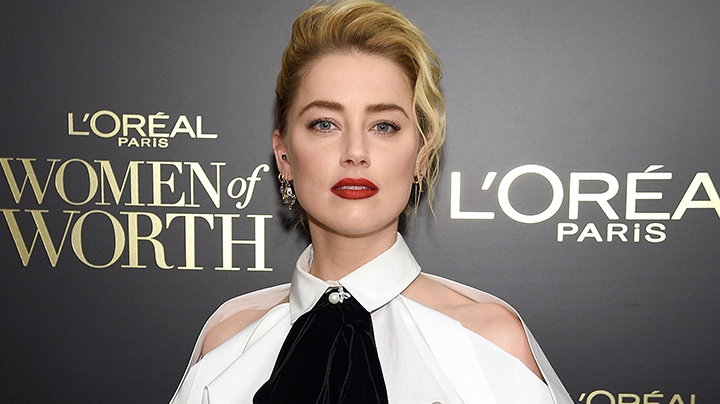 Amber Heard is in the midst of filming one of her most epic projects to date, The Stand.

The Aquaman star attended L’Oreal’s Women of Worth Awards—an event honoring women who selflessly volunteer their time to serve their communities—and opened up exclusively to PureWow about the new series coming to CBS All Access.

Based on the Stephen King novel of the same name, The Stand is King’s apocalyptic vision of a world decimated by a virus/plague known as Captain Trips. The fate of mankind rests on the frail shoulders of 108-year-old Mother Abagail (Whoopi Goldberg) and a handful of survivors. Their worst nightmares come to life when a dangerous man with unspeakable powers enters their lives: Randall Flagg, the Dark Man (Alexander Skarsgård).

“I’ve been loosely attached to this project and desperate to do it since I met with one of the creators, Josh Boone,” Heard said. “We’ve been talking about it and kind of geeking out on Stephen King novels and this particular one for like a decade. I’m finally on set and seeing it come to life is incredibly exciting.”

The 33-year-old actress also revealed what it’s like to play Nadine Cross, a deeply conflicted teacher at a private school in New Hampshire who has retained her virginity based on a sense she has that she's destined for something "dark and unique." Not to mention she also has an allegiance to Flagg.

“I love this role. I feel it’s the most compelling female role in the series and we’re in a post-apocalyptic battle between good and evil—stakes are very high. A lot of the rules have changed and we're in the middle of filming now and it’s a real gift to see it come to life after all of this time.”

There's no set release date as of yet, but with a cast like this, we’ll definitely be watching (with all of the lights on).