This Story Convinced Us to Get Renter’s Insurance 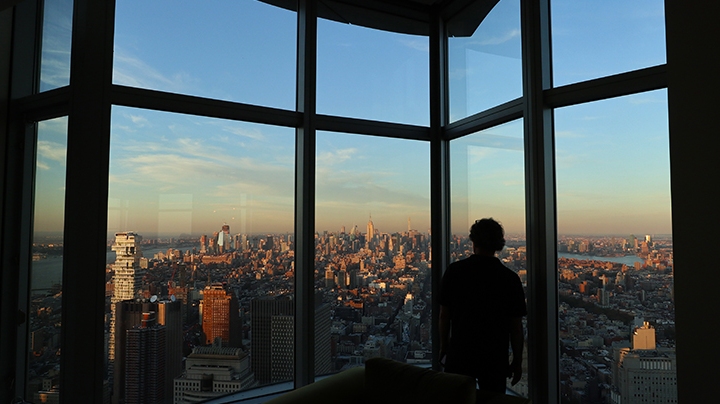 There are some things New Yorkers just intrinsically know (or learn within a week of moving here)—which subway exit minimizes your commute, that $1 pizza is always suspect, to avoid Penn Station at all costs. But there’s one subject that we’ve never reached a definitive consensus on: Is renter’s insurance actually worth it?

First off, we wanted to gauge where most people stood on the issue, and the results were pretty split. Based on a quick (and by no means comprehensive) office poll, about 60 percent of us have it. Some were required by their buildings to get it; others got it to cover a particularly valuable item, like an engagement ring.

Among the 40 percent who don’t (including, um, the author of this story), the response was sort of like a collective shrug emoji: Most people conceded they probably should have it but never bothered to follow through.

So what does it mean when one of those worst-case-scenarios actually happens? We found out from someone who experienced it firsthand: Hilary, a reporter, returned home to her Fort Greene apartment after work last June to learn that there’d been a fire on the sixth floor (she lived on the fourth).

“My first thought was, ‘Oh, OK, the fire didn’t touch our apartment, we’re fine,’” she says. “But the water damage was really extensive.” For two days, she and her roommates had no idea when they’d be able to move back in—then they got the news that the space had been deemed “unlivable” and their lease was being terminated.

Hilary was lucky in that her actual belongings weren’t damaged (which wasn’t the case in other areas of the apartment), but she did spend a full week staying with friends, Airbnb-ing and frantically apartment-hunting. And, it’s worth noting, she didn’t get her security deposit back for about a month and a half.

The crazy part: One of Hilary’s roommates, Mike, did have insurance—which was fortunate, because his room received the worst of the water damage. Not only were all his clothes and belongings soaked with “rust-colored water,” but some of it actually ended up getting stolen: Firefighters had broken down the door, and while the landlord had padlocked it, someone had broken in before he had the chance to get back and inventory everything. (Only in New York!)

But while his roommates were scrambling to find housing, his insurance put him up in a hotel. When he did find a place, he was only responsible for paying his previous rent, despite moving from a roommate situation into his own place—his insurance policy (through Allstate) covers the difference for up to a year. Three months after the fire, he received a check for the cost of his ruined belongings, and while he’s still waiting on reimbursement for the meals he bought during the time he didn't have a kitchen, he’s unequivocally grateful that he had the coverage.

For her part, Hilary signed up for Lemonade, an insurance start-up known for its easy-to-use app, rates as low as $5 a month and its policy of donating leftover premiums to charitable causes. “It feels like a cliché, but it’s just one of those things where you don’t need it until you need it.”

TL;DR: If you can pony up 15 bucks a month—that’s less than the cost of one brunch, people—you should probably get renter’s insurance.

9 Things Every Savvy NYC Renter Does