The Worst Mistakes People Make When Putting Up Their Holiday Lights

National Lampoon’s Christmas Vacation may be one of the most quotable holiday movies of all time, but the comedy becomes significantly less funny when you’re the one battling knots of cords and cables, wracking your brain as to why—why—those stinking lights won’t turn on. It can be frustrating enough to make you want to do away with putting up lights altogether, if only they weren’t so delightful. (And c’mon, who wants to be known as the Grinchy house on the block?) That’s why we turned to electricity company Mr. Electric and John DeCosmo, president of Ulta-Lit Tree Company, a brand that makes light-repairing gadgets and runs a hotline to help people troubleshoot any issues along the way.

Turns out, there are a few issues that come up again and again. Avoid these four mistakes, and the only time you’ll feel like the Griswolds this holiday season is if you accidentally leave the turkey in the oven for too long. (And if that’s the case, might we suggest trying one of these alternatives for Christmas dinner?) 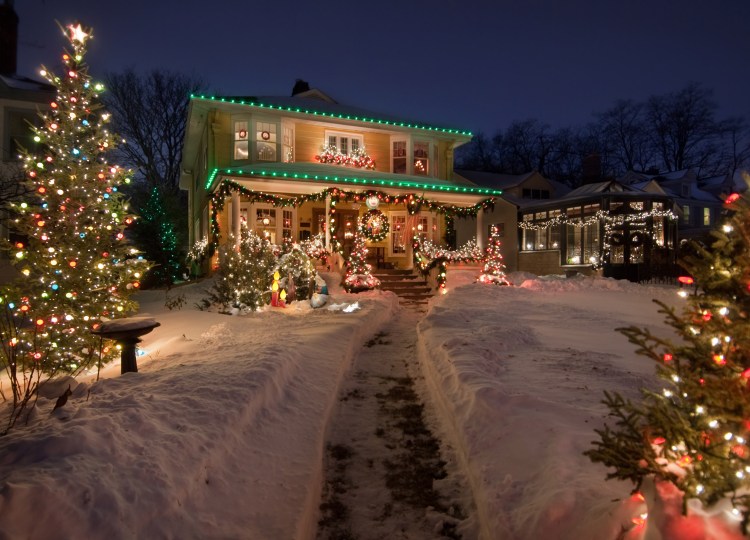 1. we Let One Bad Bulb Spoil The Bunch

“Before stringing lights, check for broken bulbs and sockets, frayed cords, burned-out lights and loose connections,” DeCosmo recommends. That little checklist can save you plenty of headaches as you decorate. If you see any burned-out bulbs, even if the rest of the string is lighting up just fine, it’s worth repairing. It’s “crucial to elongating the lifespan of the light set,” he explains. “Four bad bulbs on a 50-bulb set increases the set’s demise by 67 percent.” (Ulta-Lit’s claim to fame is the LightKeeper Pro, a hot glue gun-sized gadget that helps test—and fix—faulty bulbs.)

2. We Ignore the Rule of Threes

No, we’re not talking about displaying art and accessories in odd numbers (though that remains solid decorating advice). In the lighting world, that means having no more than three things plugged into an extension cord at any given time. This can prevent overheating, the Mr. Electric team says. Before you groan, “but my extension cord has seven plugs—why not use ‘em?!” take note: There are about 160 Christmas tree fires a year, and nearly half are due to electrical or lighting issues. 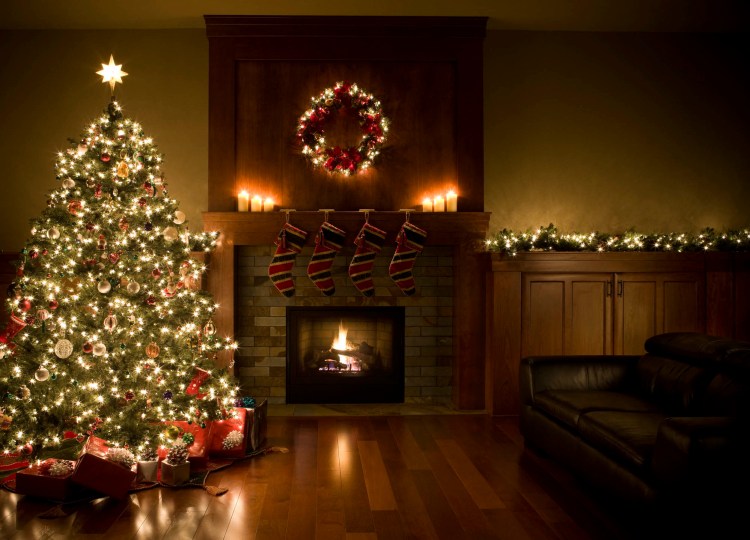 3. we Rush Through Taking Down Decorations

Putting up decorations is far more enjoyable than taking them down. Fact. But, in the hurry to get it over with, we can leave a jumbled mess to unearth the following year—or something that seems orderly enough in the moment, only to become knotted and gnarled as your box o’ decorations get hauled into storage. You can buy light organizers to keep things tidy, but one of the most effective options is pretty budget-friendly too: Go through the leftover boxes from your holiday gifts, and cut out roughly 10- by 15-inch pieces of cardboard. “One for each light set,” DeCosmo says. “Make a small rip at each end and wrap the light set around the cardboard, placing the male plug in one end and the female plug in the other. This reduces chances of tangling and provides ample protection, if stored properly.”

4. We Overestimate How Long Lights Should Last

Incandescent light bulbs have a 2,000-hour lifespan, DeCosmo says, which seems incredible—until you do the math: “90 days of 24-hour use equals 2,160 right there.” (And considering most of us put up decorations the weekend after Thanksgiving, leaving them up until mid-January, according to a 2021 Thumbtack survey, it’s safe to say you should only expect those strands to last a couple years, even if you only keep them on a few hours a day.)

Similarly, “LED users think they’ll never have problems,” DeCosmo says. “Such would be [truer] in BMW and Mercedes applications, as well as in hospitals and traffic lights. However, with Christmas lights often being bought for under 10 cents each, we can’t have the same high-performance expectations.” You might get six or seven years out of them, though that lifespan could be as short as two years if you keep them up year-round. When they’re officially out of commission, recycle them.

The 6 Hottest Holiday Decorating Trends of 2021