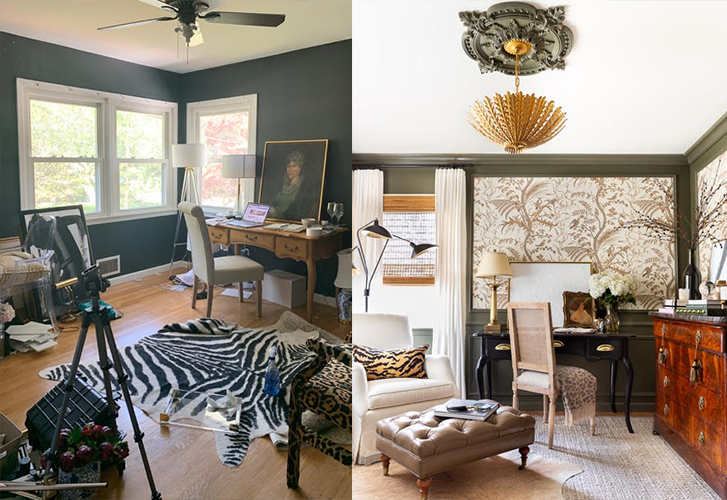 Ever since designer and blogger Alisa Bovino bought her first home two years ago, she’s been on a mission to redecorate it, room by room. And what she did to her home office literally made our jaw drop. Take another look at those before-and-after pictures. Incredible.

But even more stunning than the final outcome is Bovino’s ability to unearth killer deals. She got $10,144 worth of furniture and accessories for just $1,925—an amount someone could easily spend on just a couch or antique desk alone.

And no, it’s not because she was gifted a bunch of free stuff (although she mentions that the area rug, lighting and shades were sponsored items). And it wasn’t from extreme couponing or thrift shopping or even selling a kidney on the black market. She actually used Facebook.

Rather than buying new items, Bovino decided to challenge herself to buy at least 75 percent of the room’s furnishings secondhand through the social network’s listings section, known as Facebook Marketplace. Oh, and she had a six-week time frame to get the whole thing done. (That extra constraint was part of participating in the One Room Challenge, a biannual event where bloggers have to transform a space in a month and a half.) 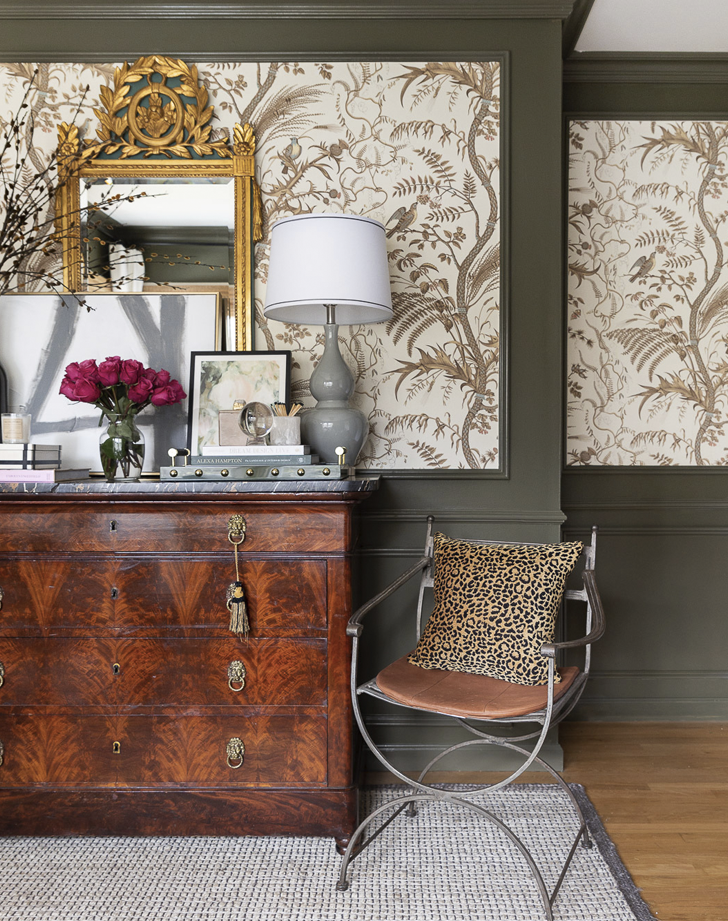 The process was eye-opening for the designer. “I’m really proud of how much money I saved throughout the whole thing,” she says. But looking back, she’d give herself more time to scour the internet for gems. “The six-week thing was fun, but I also work full time, so it’s hard for me to drive an hour and a half to Connecticut to pick up a chair,” Bovino explains.

Looking to make a similar upgrade in your home? Bovino has a few tips. If you want to use a classifieds-style site like Facebook Marketplace, expand your search radius based on how badly you want a particular item. In Bovino’s case, she was willing to travel 60 miles for the perfect chair. A lamp was more of a 25-mile-radius item. She also recommends hitting refresh often (think of it like checking Instagram) to find the best pieces in your area. Facebook’s algorithm seemed to notice when she searched for a particular item, so when she’d refresh the page two to three hours later, she’d see more similar options in the Marketplace feed. 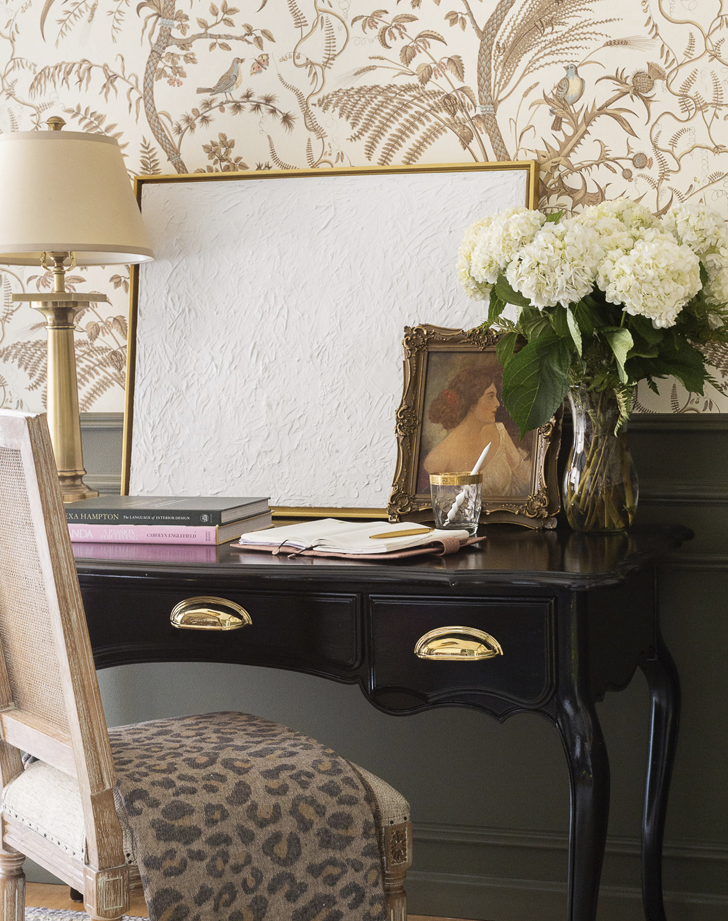 And, since you’re buying from individual sellers, it can be worthwhile to see what other items they have for sale. They might be willing to give you a discount for taking more pieces off their hands.

If you’re a total redecorating newbie, hit up Pinterest and Instagram for inspiration, she suggests. Look through photos to figure out which styles you like. “I made a mistake when we first bought this house and started decorating. I went out and bought a sofa—because we needed a sofa—but then I realized I didn’t like it, and we’d actually spent a lot of money on it,” Bovino explains. Her pro tip? Stare at a picture for a few weeks before you commit to a certain style.

Taking Bovino’s advice, here are some pieces inspired by her home office that can help you snag