6 Yeast Substitutes to Use When You’re in a Pinch 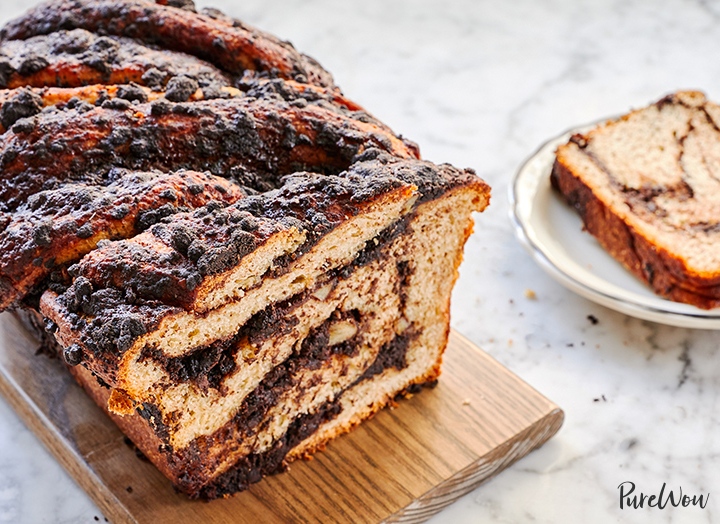 You’ve been fantasizing about making your own bread. But if you check the cupboard and find you’re all out of yeast, fear not. There are plenty of yeast substitutes that can help your baked goods rise to the occasion (sorry) in a pinch. All it takes is some science and a few basics you have in your kitchen right now.

How Does Yeast Work?

It’s aliiiive! Well, once it touches water. Active yeast is a single-celled fungus that acts as a leavening agent by eating away at the sugars in flour and consequently releasing carbon dioxide. That release causes bread and other baked goods like cake, biscuits, rolls and doughnuts to rise at a slow and steady speed. (This is different from nutritional yeast, which is deactivated and used as a vegan seasoning.)

Gluten (if you’re using wheat flour) also helps the rising process. That's because the two proteins it’s made of fill with gas bubbles as the yeast activates. The flour’s starch releases sugar for the yeast to feed on, and fortifies those gas bubbles during baking. Then, the dough is cooked until the temperature gets so high that the yeast dies, and the stretchy, gummy gluten hardens into the bread we know and love.

Sadly, there’s no perfect replacement for yeast when it comes to kneaded bread dough. But these substitutes can do the trick for a lot of batter-based recipes in a pinch. Your finished product might have a different texture, color or height than you’re used to, but these swaps can get the job done. Just be sure to get your concoction into the oven ASAP to bake with as much captive carbon dioxide as possible.

If you remember that model volcano project from your middle school science class, this swap makes a whole lot of sense. Baking powder contains both cream of tartar, which is an acid, and baking soda, a base. Together, they make a chemical reaction that creates dough-inflating bubbles, aka carbon dioxide—which is exactly why it can stand in for yeast. This swap works best with baked goods like biscuits and cornbread, which rise quickly as carbon dioxide is produced. Use double-acting baking powder for extra lift (it reacts both when added to water and when you put it in the oven). Substitute for yeast in equal amounts.

Remember what we said about a base and acid creating a chemical reaction? This is the same idea, only you’re using the acid of a lemon as opposed to cream of tartar. Baking soda can work as a base with a variety of acids (buttermilk and yogurt are popular choices). Keep the 1:1 ratio, but because you’re subbing with two ingredients, split that equal amount between them. For instance, use ½ teaspoon of baking soda and ½ teaspoon of lemon juice in place of 1 teaspoon of yeast.

If you’re worried that lemon juice will give whatever you’re making too distinct a flavor, milk and vinegar can be used in its place. Vinegar and milk are both acids, so they should react with the baking soda. Replace yeast in equal amounts divided between baking soda and both acids. For example, use 1 teaspoon of baking soda, ½ teaspoon of milk and ½ teaspoon of vinegar for 2 teaspoons of yeast.

This is one of the easiest swaps for baking powder, and in some cases, yeast. Beating the eggs will fill them with air, aiding in leavening. A dash of ginger ale or club soda can also help the eggs do their job. This swap works best with cakes, muffins, pancakes and batter recipes. If the recipe calls for eggs, first separate the yolks from the whites. Add the yolks to the rest of the liquids and beat the whites with some sugar from the recipe until light and fluffy. Then, gently fold them into the remaining ingredients. Keep as much air in the batter as possible.

This method requires a few days of waiting, but desperate, sans-yeast times call for desperate measures. Combine whole-wheat flour with water and cover with plastic wrap, then watch it bubble for a week as naturally occurring yeast grows (try our sourdough starter recipe). Substitute 1 cup of sourdough starter for a standard 2-teaspoon packet of yeast.

Let’s be clear: This is not a replacement for yeast, but because it leavens many baked goods, it can help you make everything from pizza to pancakes if you have it in your pantry. In most cases, you can substitute it for all-purpose flour as long as there’s no yeast in the recipe; the combo can lead to excessive rising and cracking. Keep in mind that self-rising flour has salt and baking powder already in it, so adjust the recipe if it calls for those separately.

The TL;DR on Yeast Substitutes

Basically, nothing does yeast’s job like yeast. But being all out doesn’t mean you can’t make a fluffy batch of biscuits or a few dozen cupcakes. The texture and appearance of your goodies will probably be a bit different, but as long as you’re working on something that doesn’t require kneading, you can probably pull it off with one of the above swaps.

Ready to cook? Try some of our favorite recipes that call for yeast.

RELATED 5 Nutritional Yeast Benefits That Make It a Vegan Superfood

53 Winter Soups You Can Make in 45 Minutes or Less