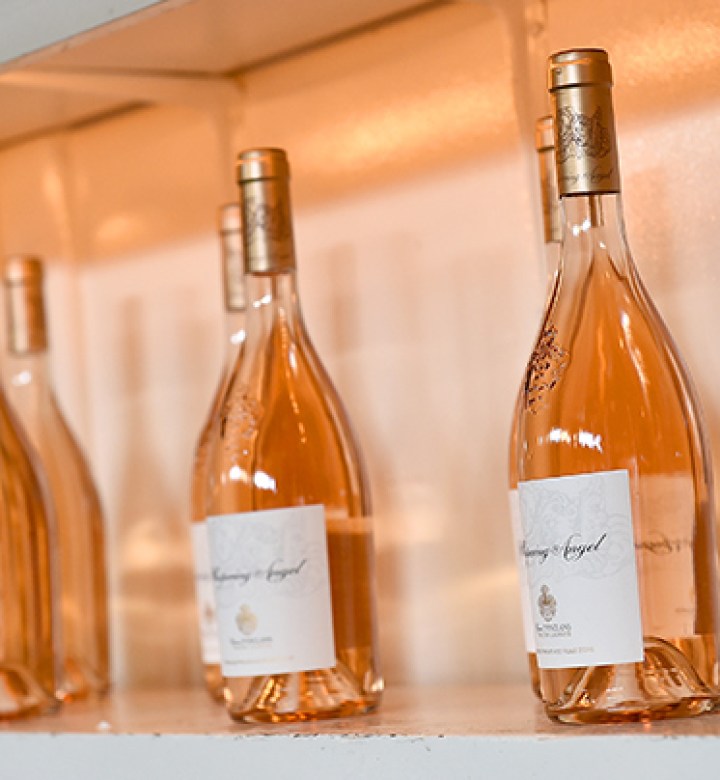 If you’ve been inundated with rosé-tinged Insta captions, we’re with you: It can feel a bit overplayed. From a Bon Jovi label (really) to a rosé mansion, some might say we’ve hit peak rosé. With a little expert insight I can tell you: no—we haven’t. Like it or not, rosé probably isn’t going anywhere. But in order to understand why, a brief history lesson is necessary.

Far from a passing trend, rosé wine actually dates back to the Romans. Some of the first French-produced wines were rosés. Provençal rosé—that crisp, easy-drinking, light pink style that you chug ceremoniously on the first warm day of the year (read: “rosé season”)—has been commonplace since the early 19th century. So yes, the pink delicacy pre-dates even Lisa Vanderpump.

Victoria James, a sommelier, rosé expert and the beverage director at New York City’s Cote, notes in her book, Drink Pink: A Celebration of Rosé, that there were two defining labels that pushed rosé out of favor (and they’re both still available…for about $5 a bottle). First, Mateus rosé hit the market in 1943. It was sweet, slightly sparkling and made to appeal to “women and younger generations.” (Talk about a pink tax.) While successful, it didn’t exactly build a good reputation for the product, as it became known as cheap, poorly made swill. Second, Lancers rosé was introduced. Equally sweet and inexpensive, it was bottled in ceramic and would turn brown from oxidation on the shelves. (Mmm, appetizing.)

According to James, these two labels led wine consumers to the conclusion that all rosé was, in a word, bad. After that, the 1980s saw Sutter Home White Zinfandel (actually a light pink color) and the 1990s saw, well, almost nothing. Big market rosé and the fine wine industry just didn’t mix. 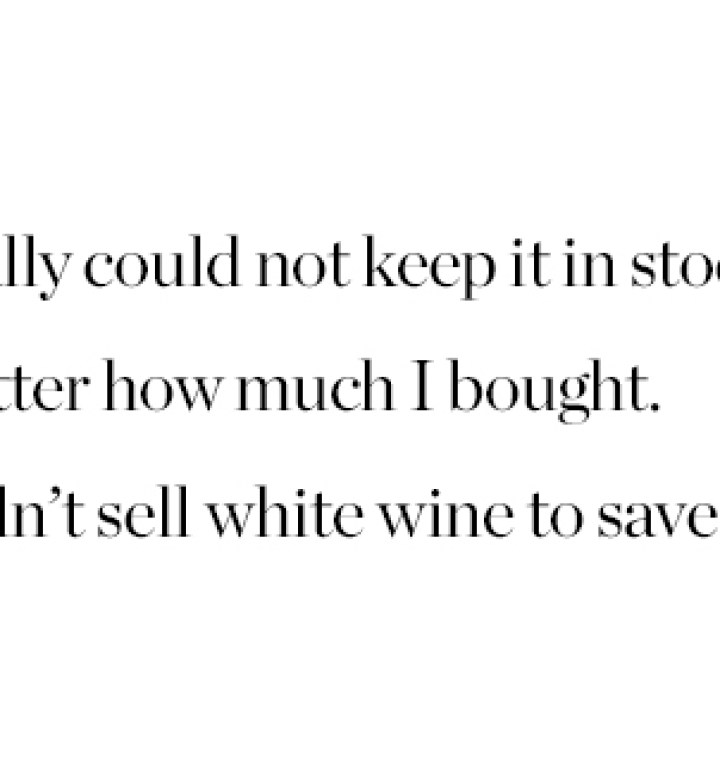 It wasn’t until the 2000s that the style came back into public demand. Many wine industry experts, including McGuire Moorman Hospitality’s beverage director, June Rodil, cite celebrity-branded bottles (i.e., Drew Barrymore and the Jolie-Pitts) during that time. And while somms had been hip to good-quality rosé for years, the style totally blew up in the 2010s. Christine Wright, general manager at Hearth, says she began to notice an uptick in bar requests during the summer of 2011, but it wasn’t until summer 2015 that she realized the fever had hit. “I literally could not keep it in stock, no matter how much I bought. I couldn’t sell white wine to save my life! That was also the first year I realized that you had to buy our rosé in February for the coming summer in order to ensure you had the best stuff in a big enough quantity…which I still think is ridiculous.”

By 2015, rosé was officially mainstream. Multiple wine experts told me social media had a strong influence on that. There would be no “White Girl Rosé” or “Yes Way Rosé” without Instagram. And why not? Rosé is fun, photogenic and screams, why yes, I do spend my weekends in the Hamptons. It’s millennial pink in a glass; a “lifestyle,” and a way of being “basic”—and owning it ironically. As Rodil puts it, “The style of wine says—I'm photogenic, A-list celebrities want to buy me, and I am also ironic and socially relevant.” 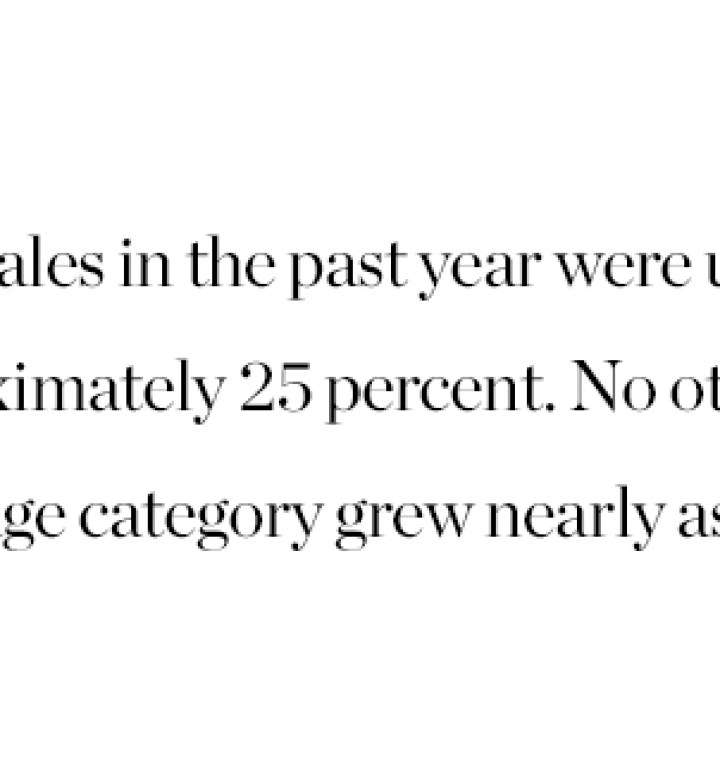 Take the current consumer demand: Says Aldo Sohm, wine director at Le Bernardin and Aldo Sohm Wine Bar, “Rosé sales in the past year were up approximately 25 percent. No other beverage category grew nearly as quickly.”

Noah Small, the beverage director at Empellon, theorizes that, for better or worse, this could be the first of many wine fads brought on by the Instagram era. He refers to branding that is tailor-made for the way people seem to drink and how they broadcast what they're drinking to others.

But according to wine pros, the rosé lifestyle isn’t necessarily a faithful representation of the actual wine. Rosé itself isn’t even a varietal of wine—it’s just a color. If I say rosé all day, yes way bay-bay (I swear to you, I’ve never said that), it’s not the same as saying, this is a really delicious Vinho Verde. “Rosé” doesn’t really describe what’s in the glass. It could be the most refreshing, lively, delicious glass of pink wine you’ve ever tasted…or not. Rosé can be light or dark pink, mineral or fruity, lush and floral or crisp and acidic. The barely pink and straight-forwardly refreshing Provence-style wines that dominate the market are actually just the tip of the iceberg—but you wouldn’t know that from Instagram.

And that’s part of rosé’s inverted dilemma. At first, public opinion held that rosé was, simply put, trash. Now everybody thinks all rosé is good and, thanks to social media, the market is saturated with mass-produced bottles. You know them by their watery hues, cutesy labels and joking, recognizable names. That’s all fine and good, but for wine experts, they feel like the “rosé lifestyle” has steamrolled the creation (and drinking) of great rosé. The result? Mediocre, mass-market rosé, with not even a hint at variety, terrior or typicity.

But this begs the question: Will rosé reign queen (yas, queen, yas) forever?

There’s no doubt you’ve heard someone utter a phrase akin to, “chilled red/orange wine/fill in the blank is the next rosé!” It’s not that simple. As James told me, “Some argue that the rosé craze in the United States is just a phase. But many experts disagree. They see this not as a trend but rather as the introduction of a new style.” Most wine professionals agree that the trend isn’t going anywhere.

But James takes an optimistic stance: “The next step is further education. People are learning what makes a good versus a bad rosé. Hopefully, over the next few years all of the ‘fad rosé,’ pink swill that is just banking on a funny label or in-vogue brand, will go away. I think overall consumers want to drink well; they actually care about what is in the glass. With better quality rosé being made every day, the category as a whole is getting better.”

And while demand still exists, wine drinkers are branching out. When I spoke to Wright, she told me, “I have noticed a trend away from ONLY rosé in the summer and nothing else. Over the last two summers, I’ve had huge successes with alternative styles of wine, such as skin-fermented white wine and chilled reds. The chilled reds on my list are some of the most popular wines and the best sellers I’ve got! And people are starting to catch on to the whole pét-nat wave: generally a lightly sparkling, cloudy style of wine that’s great with food and very refreshing. That’s super popular in the summer, too.”

So, maybe we should look at the world through rosé-colored lenses—just because some rosés are bad doesn’t mean they all are. And if this isn’t a phase, it’s a new understanding of wine styles; an interest in terroir and a step beyond mass-market wine. Rather than dismissing the trend, we can give it a new life, by finding rosés from small producers instead of Instagram-famous ones; by branching out from the baby-hued rosés we already know to deep pink wines we’ve never tried before. And you know what? We’ll do it year-round, rosé season be damned!