Here’s How to Cut a Butternut Squash Without Hurting Yourself

ICYMI, it’s winter squash season, and while we’re currently soaking up all the butternut squash risotto we possibly can, we have to admit something: We hate cutting it at home. It’s time-consuming, tiresome and kind of scary, to be honest. But since we’re not about to buy the expensive pre-cubed stuff, we came up with this handy guide. Here’s exactly how to cut a butternut squash without hurting yourself.

15 Meals You Can Make with Butternut Squash 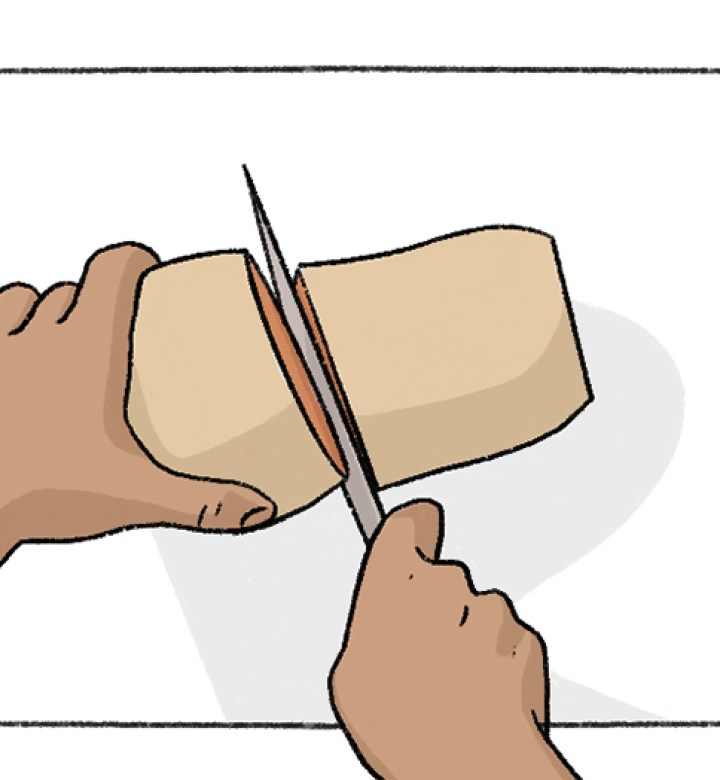 1. Trim The Ends And Cut The Squash In Half

Place the squash on its side, then use a large, sharp knife to cut off both the stem and bottom ends. The easiest (and safest) way to cut through the tough skin is to stabilize the squash with your nondominant hand (fingertips curled under) and make a shallow initial slice, then cut all the way through the flesh. Then, with the squash positioned lengthwise, cut straight through the middle—you’ll have a bulb end and a neck end. 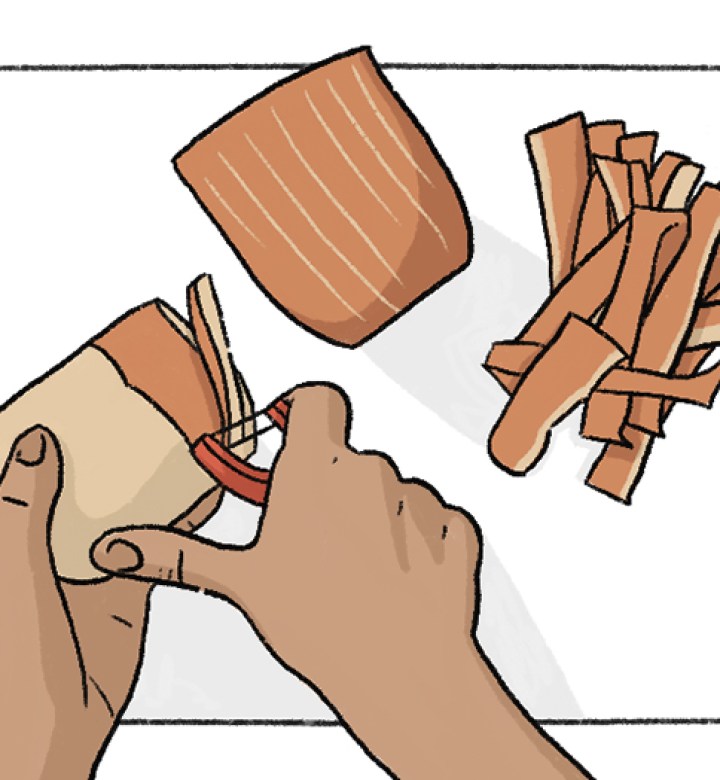 The skin is technically edible, but it’s not the most pleasant thing to chew on, so you’ll want to peel that squash. A Y peeler is our preferred tool for the job (as opposed to a swivel peeler) because it has a wider, more stable blade, but either will work. Remove the peel, rotating the squash pieces as you go. 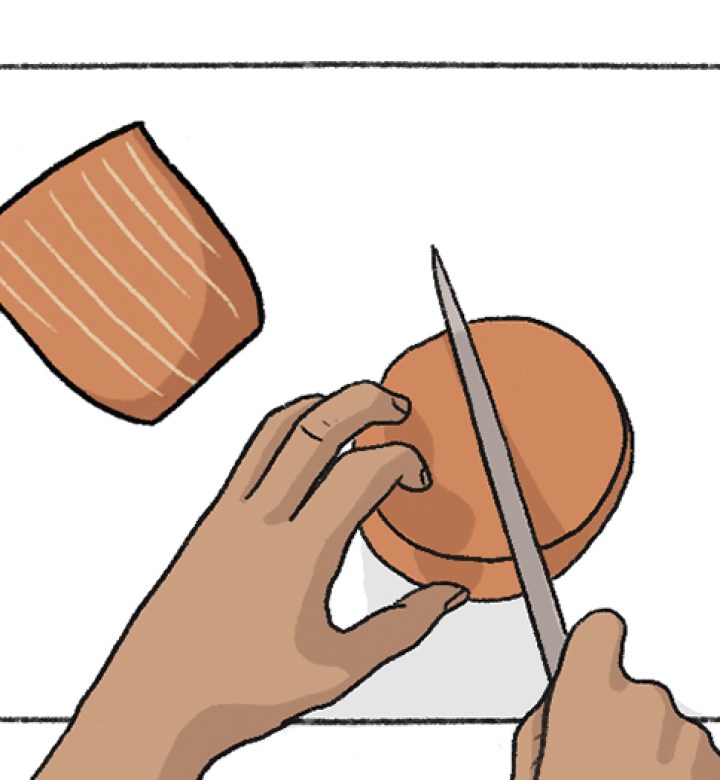 3. Halve Both Pieces Of The Squash

Stand the bulb piece on one of its flat ends, then cut it in half straight through the center, exposing the seeds. 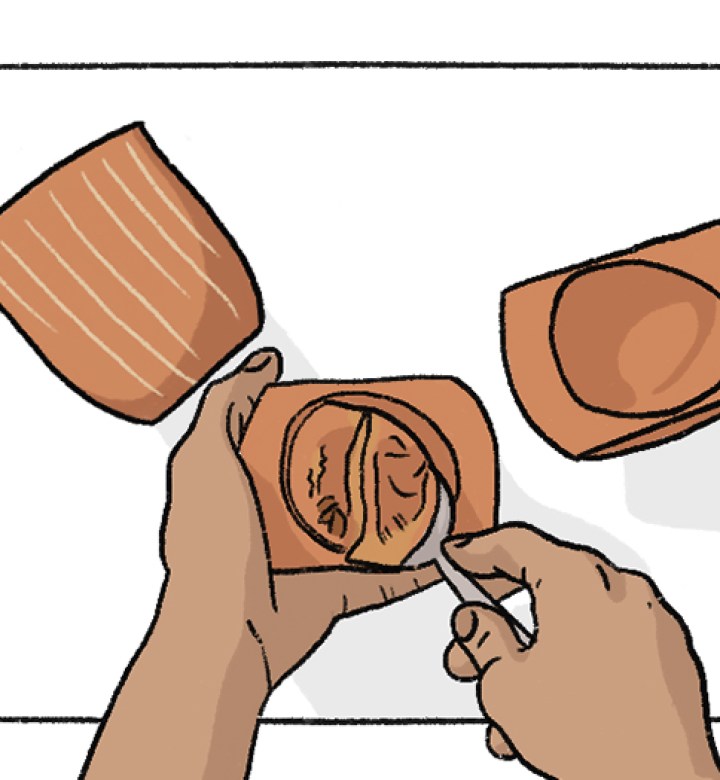 4. Remove The Seeds From The Bulb End

Use a metal spoon to scrape out the seeds and stringy bits from each bulb half, just like if you were carving a pumpkin. (You can save the seeds for roasting, if desired.) 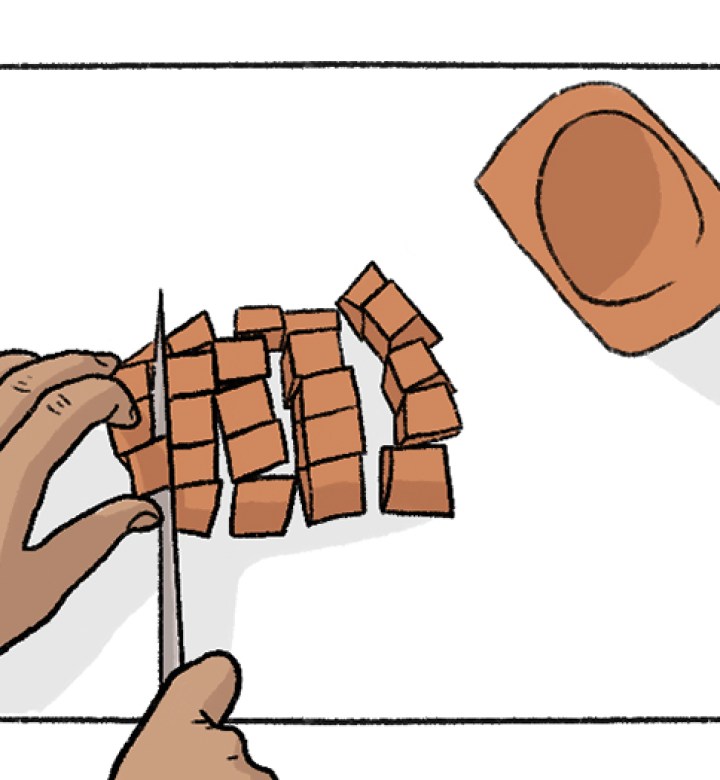 5. Cut The Squash Into The Desired Shape And Size

Depending on the recipe, you might want to cut the squash into rounds, half-moons or cubes. If your goal is cubes, cut the neck into planks, then sticks, then cubes. The bulb end can be cut horizontally into half-moons, then further into cubes. To make rounds, slice through the neck horizontally; for half-moons, halve the neck first, then cut each half horizontally.

Use the right knife. Use a knife that’s large enough to slice through the squash and give you leverage (we like to use a chef’s knife). A paring knife won’t be big enough, plus you’ll be slicing for twice as long.

Use a sharp knife. A recently sharpened knife is always safer than a dull one because you won’t have to hack away or use so much force.

Microwave the squash. One trick to make squash slicing more manageable? Very briefly nuke the gourd in the microwave. Make several slits in the skin with the tip of your knife, then microwave on high for about three minutes. This will soften the skin just enough to make it easier to slice through, without completely cooking the squash. (FYI, this works for any hard winter squash.)