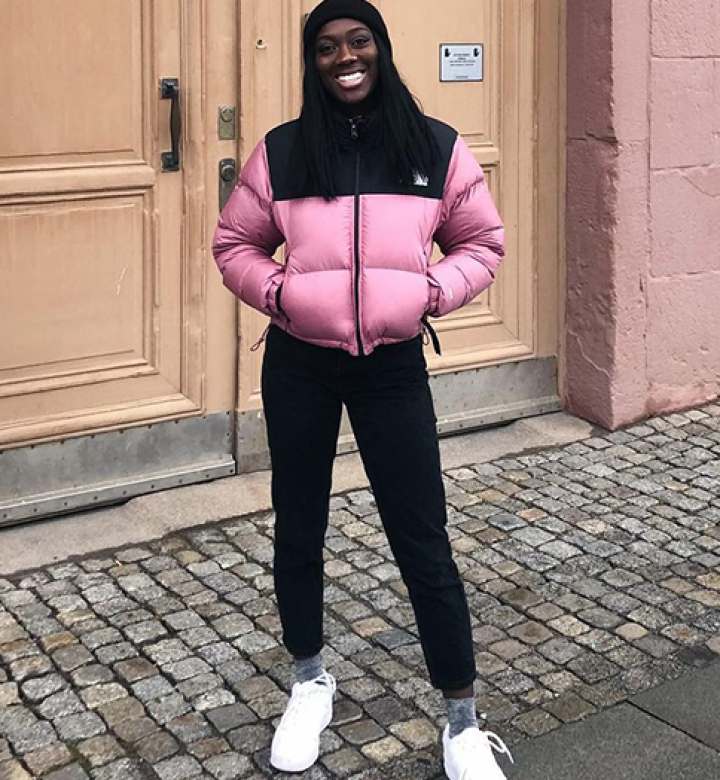 The year was 1999 and my dad was preparing for a trek up Mount Rainier in Washington. Part of his gear included a vibrant yellow and black colorblocked coat that I swiftly came to think of as the coolest thing I’d ever seen. As it turns out, I was not the only one. In the years since its 1992 release, The North Face’s Nuptse jacket had swiftly become an iconic piece of clothing, not just in the climbing and mountaineering communities, but with the NYC hip-hop scene, including Biggie Smalls and the Wu-Tang Clan, as well. And now, it appears it’s back for round two.

According to the global shopping platform Lyst, searches for North Face puffer jackets have gone up more than 150 percent month-over-month. But since its rerelease back in September, the Nuptse in particular has become one of the most viewed products on the site. As you might expect, most of the folks most interested in the retro piece aren’t those planning mountain excursions. It’s the street style-inspired crew, those enamored with ‘90s hip-hop and anyone looking for comfort by way of nostalgia that are driving the puffer coat to renew its status as a cult favorite. That, and recent collaborations with high-end brands like Supreme and Margiela MM6, is bringing The North Face back to the top of our shopping wish lists. 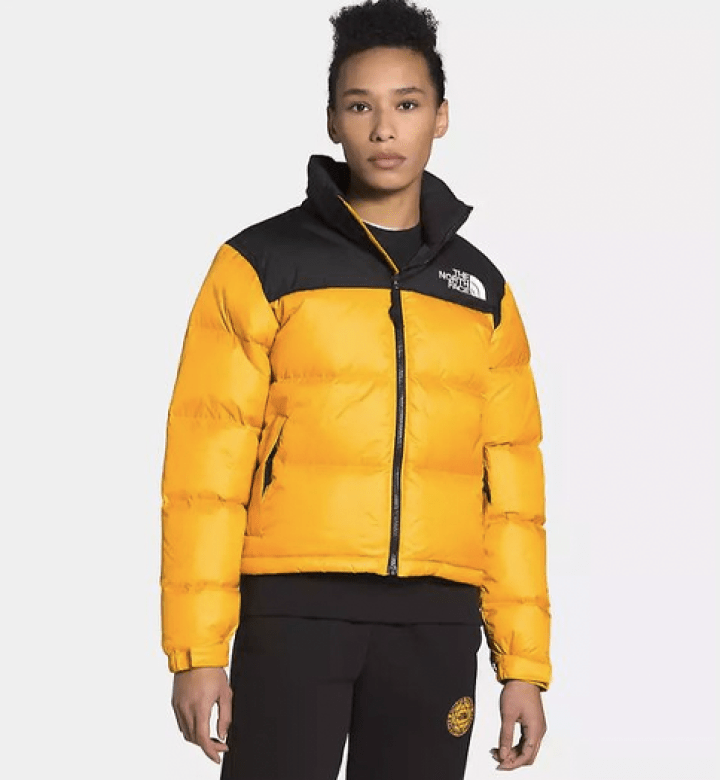 “There’s definitely been a return to nostalgic ‘90s fashion pieces lately—bootcut jeans, Dr. Martens, Timberland boots, polo and rugby sweaters—but there’s also been a surge of people getting outdoors and rediscovering how to have fun in that way now that everything’s closed,” says Jen, a 39-year-old art director who was a teenager in NYC at the height of The North Face’s pop-culture moment. “We didn’t have nearly as many indoor options as people do now and so kind of needed these heavy-duty outdoor gear pieces to make getting together in winter even plausible. It makes me laugh, because now my kids are getting into skateboarding and grungy dressing (or the 2020 version of it) and they want the same clothing I lusted over as a teen. I didn’t have the money for a North Face puffer back in the day, but the ‘90s kid in me really wants to get one now.”

There have been a few fit and sizing adjustments made to the Nuptse over the years (to reflect changing styles), but otherwise the puffer has remained largely the same since 1992. On the practical side, the original jacket was part of one of the most technically advanced integrated clothing systems ever made and could easily zip into or out of an outer shell (the Mountain Jacket) or a cozy fleece layer (the Denali), which was a game-changer for those on dangerous mountain expeditions. The Retro 1996 Jacket, as the rerelease is named, has a 3+1 baffle construction (which basically means the down filling won’t shift around to create any cold spots) just like the original, but with a boxier fit in both the men’s and women’s versions. One major update for 2020 however is the new Eco version which is made from 100-percent recycled fabrics, including the insulation, for the same $279 price-tag as the 1996 Retro.

If you’re still unsure whether it’s worth it to invest in the coat if all you’re doing is shoveling the driveway or walking to the grocery store, take it from my dad, who still has his OG Nupste more than 20 years later. “Oh, I still have that in the basement. I wore it for multiple mountain trips, it’s a very good coat. Yes, it’s very warm but lightweight which is important up there. I’ll have to dig it out of the basement this winter now that it’s ‘cool’ again.”

Available in sizes XS to XXL