If you’re anything like us, you were extremely surprised to learn that Zoë Kravitz (daughter of Lisa Bonet and Lenny Kravitz) was engaged for the majority of last year.

In her cover story for Rolling Stone’s October 2018 edition, the 30-year-old dropped the major bombshell that she’d been secretly engaged. "Oh yeah, I'm engaged," Kravitz told interviewer Josh Eells (after he noticed the enormous diamond on her left ring finger). "No, I'm engaged! I haven't told anyone yet—I mean, I haven't told the world. I wanted to keep it private.” Mission accomplished.

And that, my friends, is how we learned about the man who went on to become Zoë Kravitz’s husband, Karl Glusman. The Big Little Lies actress married her mystery man over the summer in an intimate Paris ceremony.

So who exactly is this Karl fellow? Here’s everything we know. 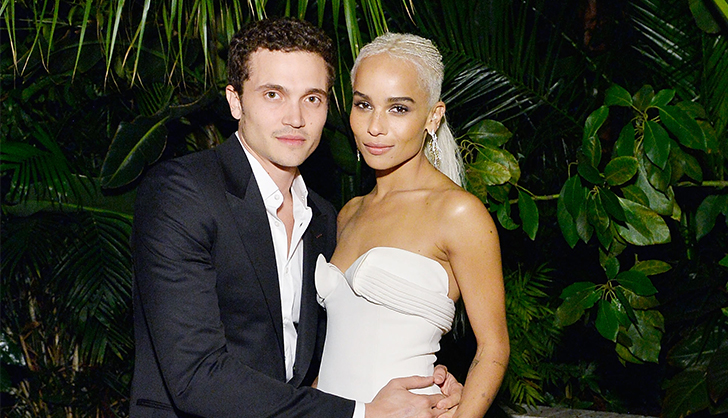 1. Who Is Zoë Kravitz’s Husband, Karl?

The 31-year-old was originally born in New York, but moved to Oregon at a young age.

"I was born in the Bronx," he told The Oregonian. "But my parents hated living in the Bronx so they moved to Oregon when I was 6 months old. After my parents split up, my mother moved to Lake Oswego and I went to Lake Oswego High School. And then finally I went to Portland State University for a year and a half before dropping out and moving to New York. I took my first acting classes in Portland at Portland State University and the Portland Actors Conservatory."

Like his bride, Karl is also an actor, best known for his roles in the controversial 2015 drama Love, The Neon Demon (2016), Tom Ford’s Nocturnal Animals (2016) and Netflix’s Gypsy.

The pair first began dating in 2016 after meeting in a group setting through mutual friends.

Kravitz told Rolling Stone that she invited him back to her place for an afterparty, where they ended up making out all night. "It was cute! I can be my weirdest self around him. It's so relaxing to be around someone where you can be a hundred percent how you feel.”

The couple became social media official that October, when Karl posted a photo of Kravitz (above) to his personal Instagram page.

Since then, it’s been nothing but red carpets and candid Instagram selfies for the duo.

3. When Did They Get Engaged?

In the same article that broke the big engagement news, we learned the proposal story.

Kravitz revealed that Glusman secretly popped the question in February 2018, after about a year and a half of dating. Although he planned on proposing in Paris, Glusman ended up getting down on one knee in their living room.

“I was in sweatpants. I think I was a little drunk. I could feel his heart beating so fast,” Kravitz said. “I was like, ‘Baby, are you OK?’ I was actually worried about him!...He nailed it, and I love that it wasn’t this elaborate plan in Paris. It was at home, in sweatpants.”

The proposal of our dreams.

4. When Did They Get Married?

As we mentioned previously, the couple tied the knot in Paris in July of this year.

According to People, the wedding took place at Lenny Kravitz’s 18th-century mansion, which features a gorgeous back garden with French doors leading into the three-story home.

5. Does The Family Approve?

After the wedding, the BLL star took to Instagram to show off a handsome pic of her hubby. “Husband,” she captioned the post.

Momoa, was quick to throw his thoughts in the comments section. “Sexy mother f—,” and “Pink on pink look good,” he wrote.

Judging by those comments, we'd say the fam is on board with this relationship.

Jason Momoa Rocked a Rose Gold Suit (Because, of Course)