Is “White Boy of the Month” Hurting the Community? 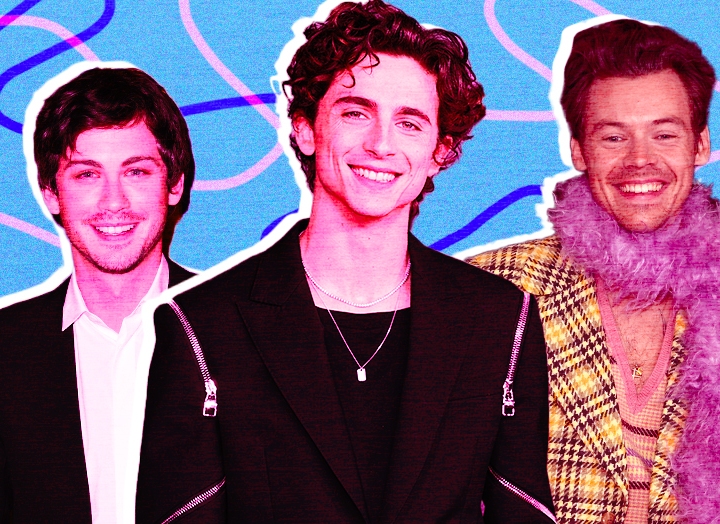 What do Timothee Chalamet, Harry Styles and Chris Evans have in common? The obvious answer is they are all my boyfriends. But for the point of this story, the answer is that they were all crowned “White Boy of the Month.”

See, if you know, you know. But if you’re not fond of memes (or haven’t had the privilege of falling into a Twitter hole), let me get you up to speed. A white cis-male celebrity is crowned the white boy to stan for the month by mostly BIPOC users. The award goes to a white guy who’s (hopefully) been a good, not horrible person, and it's decided loosely based on Twitter consensus (hey, no one said it was an exact science). In January 2022, Euphoria star Angus Cloud was deemed worthy of the title following a long line of winners including Tom Holland, Noah Centineo and Jack Harlow, to name a few.

And at first, it was a fun thing to follow. When the internet can be so polarizing, it was refreshing to see people collectively agree on something that was surface-level silly. Ah, the power of the World Wide Web! But 2018 is completely different from 2022, and three years later, the meme doesn’t sit right with me anymore.

Since 2020, we’ve dealt with more racial injustice, a complicated pandemic and emotional trauma. We’ve had deeper discussions about white privilege, equality vs. inequality and cultural appropriation and yet we are still fighting for more representation, more space and more respect. So why are we going on Beyoncé’s Internet to award a white man for doing the bare minimum? With or without the Twitter meme, these men would be just fine. Teen Vogue writer Gabe Bergado said it best: “The mainstream media appeal of white men has always flourished over men of color largely because we have been taught that white men are the gold standard of attractiveness.” So doesn’t this seem hypocritical? Why are we decoupling our real wishes for societal change with what we’re seeing online?

Besides giving this specific group of already-privileged people a pedestal they don’t need, it feels problematic to me that we’re praising celebs for not being…terrible. Fingers crossed some old homophobic, sexist or racist tweets don't resurface. Time and time again it seems like we’re awarding those who need it least for doing the bare minimum. Newsflash, these dudes don’t need our validation.

Look, I’m not saying you can’t stan the Timothees, Harrys and Logans of the world. I for one, will continue to fawn over them. However, I think it’s time to dismantle the “White Boy of the Month” meme. It was cute for the times, but now it only ignores all the progress we’ve made so far.

​​What Is Performative Activism (and Why Does It Do More Harm Than Good)?