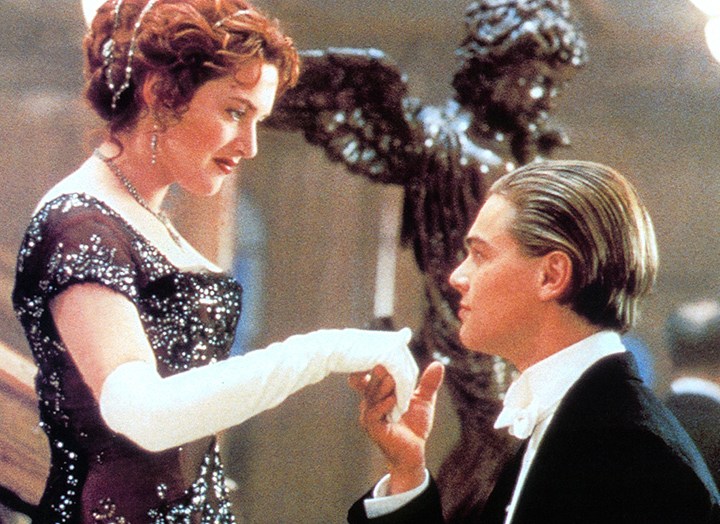 After watching Titanic for the millionth time, we did a little digging and found that there are countless errors in the ’90s flick. This includes minor oversights—like the inconsistent positioning of Jack’s hair—along with blatant ones. So, which Titanic mistakes should you look out for?

One of the biggest snafus is a matter of continuity. When Rose (Kate Winslet) arrives on the Titanic dock, there’s a beauty mark on her right cheek. Throughout the rest of the movie, the mark can be seen on her left cheek. This is because filmmakers flipped the footage to coincide with another shot.

Another issue has to do with props—in particular, the axe that Rose retrieves in an attempt to save Jack (Leonardo DiCaprio), who is handcuffed to a metal pipe. Not only does the weapon change position when Rose lowers herself into the water, but it also strikes Jack’s arm when Rose frees his handcuffs. (Don’t worry, the axe was made of rubber.)

Speaking of rubber, several passengers slide/fall as the boat becomes inverted during the sinking scene in Titanic. If you look closely, you’ll notice the ship bends upon impact, indicating some parts are made of foam. The error is most notably seen when a man slides into a “metal” capstan, which wrinkles before bouncing back to shape. Supes believable.

As for Jack, there are multiple inconsistencies surrounding his floppy hair, which looks messy in one scene and slicked-back in the next.

Don’t even get us started on the size of Rose’s floating door, which could have totally fit another person (AKA Jack).