It’s official: That ’70s Show couple Red and Kitty are returning to the iconic basement where it all began.

The trailer introduces the modern-day story line, which focuses on Red and Kitty as they host their teenage granddaughter, Leia (Callie Haverda), for the summer. Of course, she and her friends turn the basement into their formal hang out spot. And no, Red hasn’t changed one bit.

“Lights on, shirts on and no dancing,” he tells Leia. 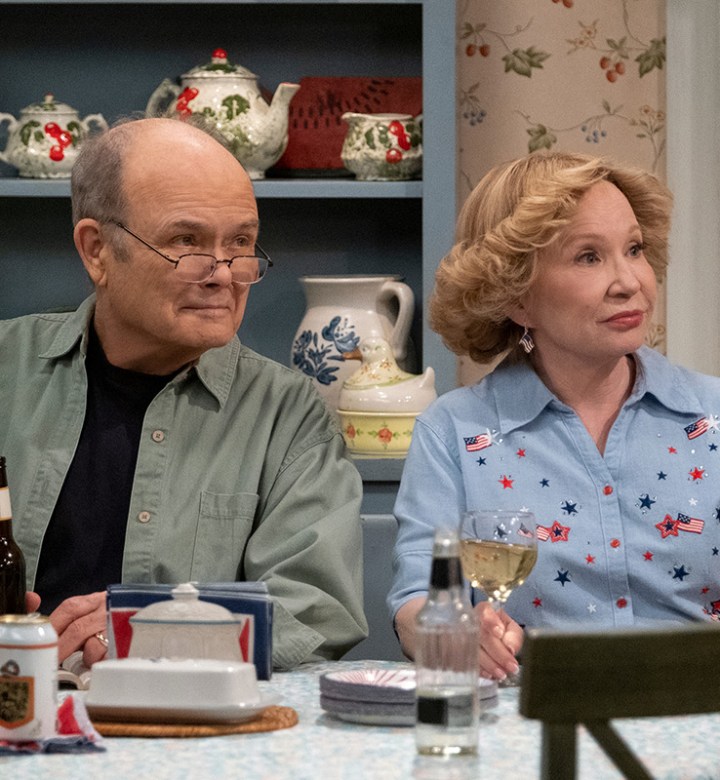 Showrunner Gregg Mettler confirmed that fans of the original sitcom will be pleased with That ’90s Show. “I wanted to have the same feeling as That ’70s Show did,” he told Variety. “The show had a very special tone. It was playful, it had a heart, it was sarcastic, it was filled with love within this family, within the friend group. I missed being in the basement with those kids.”