Our Staffers Shared Their Current Celeb Crushes—Who Would You Add? 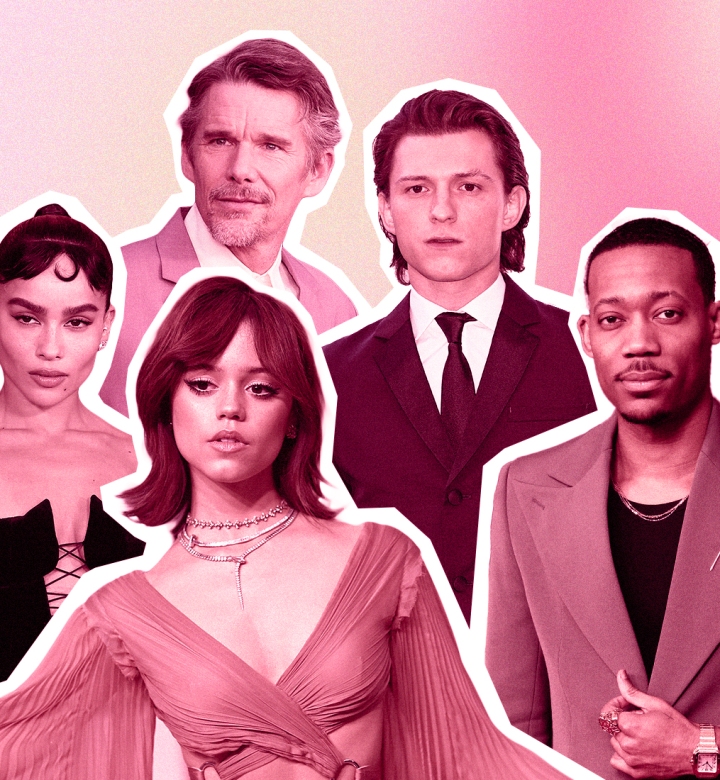 Valentine’s Day is coming up fast, which got us thinking about all the on- and off-screen celebs we have heart eyes for in 2023. You know the type: They make your heart flutter and hands clam up for reasons that often can’t be explained. Swoon. So, who made our staffers’ list? Read on. 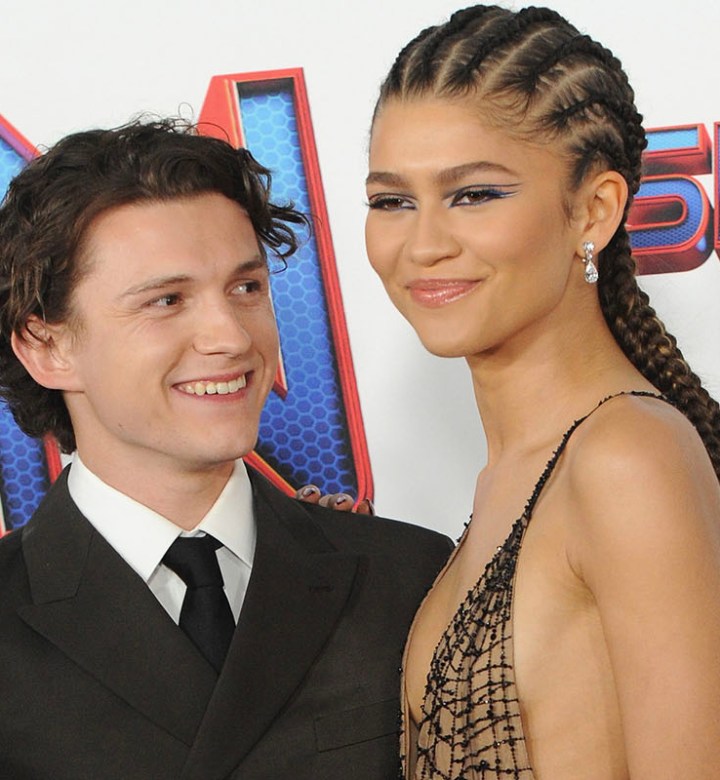 “I’m normally the kind of girl who likes a muscle-y, scruffier guy, but there’s something about that’s super hot to me. He’s the superior Spiderman—I don’t care what anyone says. And the fact that he’s dating Zendaya? Even hotter.” — Olivia Dubyak, Commerce Editor 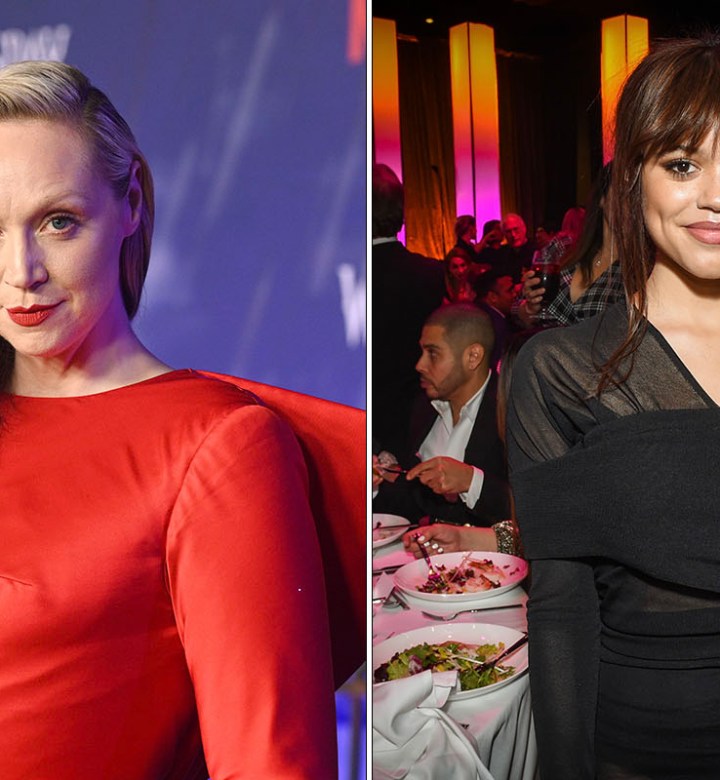 “I’ve become obsessed with Gwendoline Christie. She’s so fabulous and I’m so glad she’s in so many new projects! On a similar note, I’m also newly obsessed with Jenna Ortega and literally cannot wait for the second season of Wednesday to come out.” — Abby Hepworth, Fashion Editor 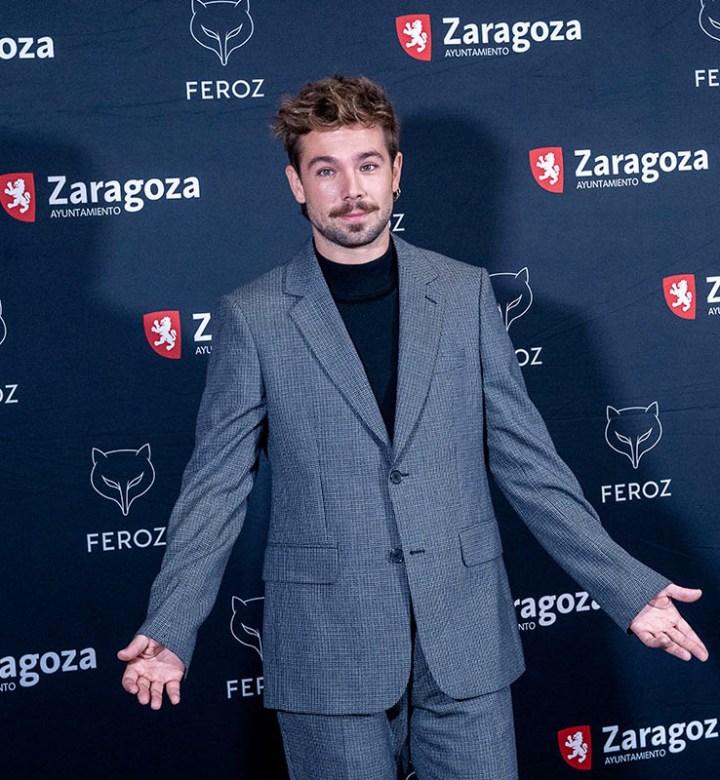 “He was on a popular Spanish show called Merlí and he was also in the new Netflix miniseries Someone Has to Die and in another new Netflix series called Smiley. He’s such a phenomenal actor and he’s so charming and moving in all of his roles…but also, those eyes could make me pass out.” — Joel Calfee, Assistant Editor, News & Entertainment 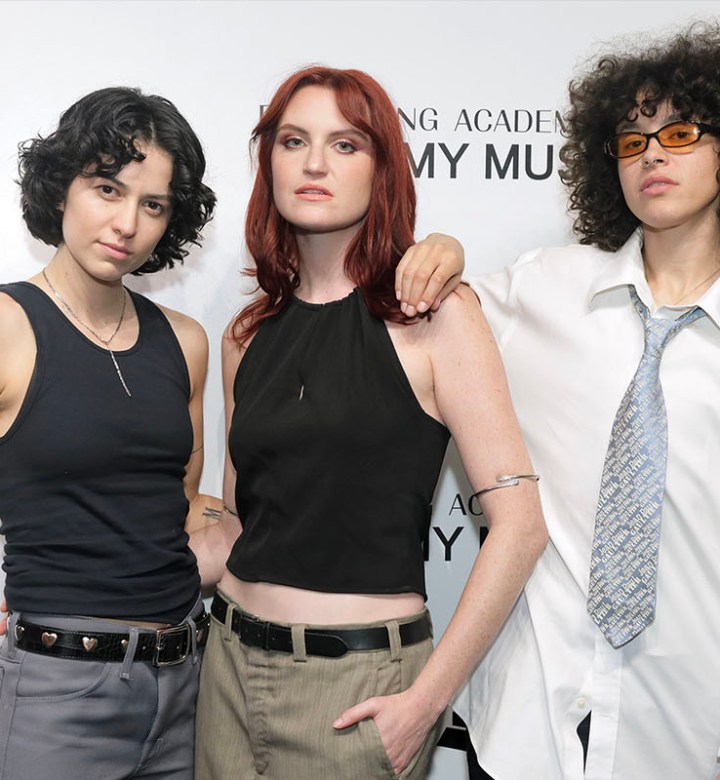 “Somehow, all three members of this band are effortlessly cool, stylish, handsome and pretty. It might be the passionate crooning or the photoshoots in beautiful suiting, colorful patterns or edgy outfits, but something magical is happening here. They’re giving ‘90s/early ‘00s heartthrob and I can’t get enough. When their music video for their song “Pink Chiffon” came out and was an homage to the classic lesbian coming-of-age film, But I’m a Cheerleader, I think I may have transcended into the heavens. Bonus points that literally all of them are queer.” — Delia Curtis, Editorial Assistant 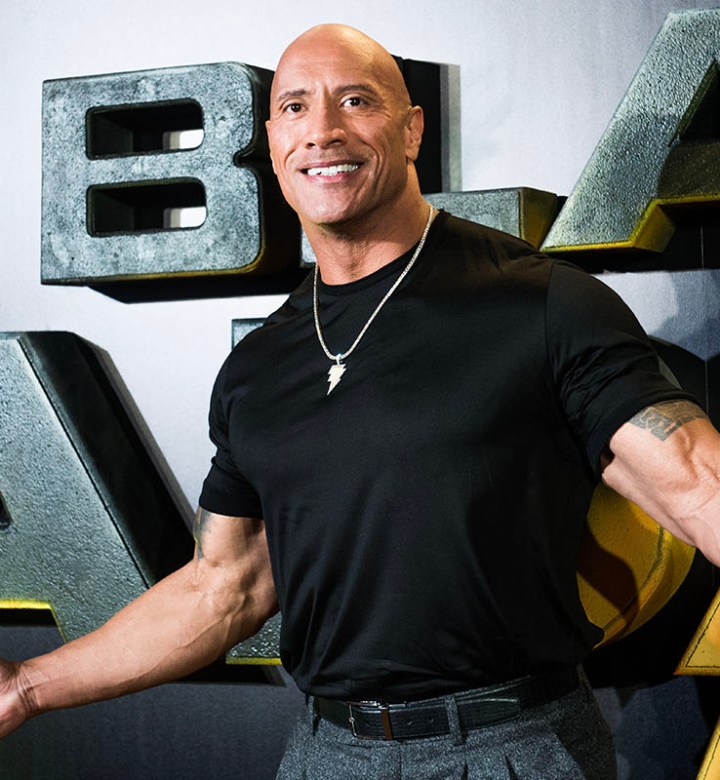 “I have always had a soft spot for him! He just seems like such a nice, genuine and sweet guy. It’s funny to think about how, back in the day, my celeb crushes were all about the smoldering gaze, sexy physique and bad boy vibes. Now, I just want someone who can make me laugh, do the dishes and look after the kids.” — Alexia Dellner, Executive Editor 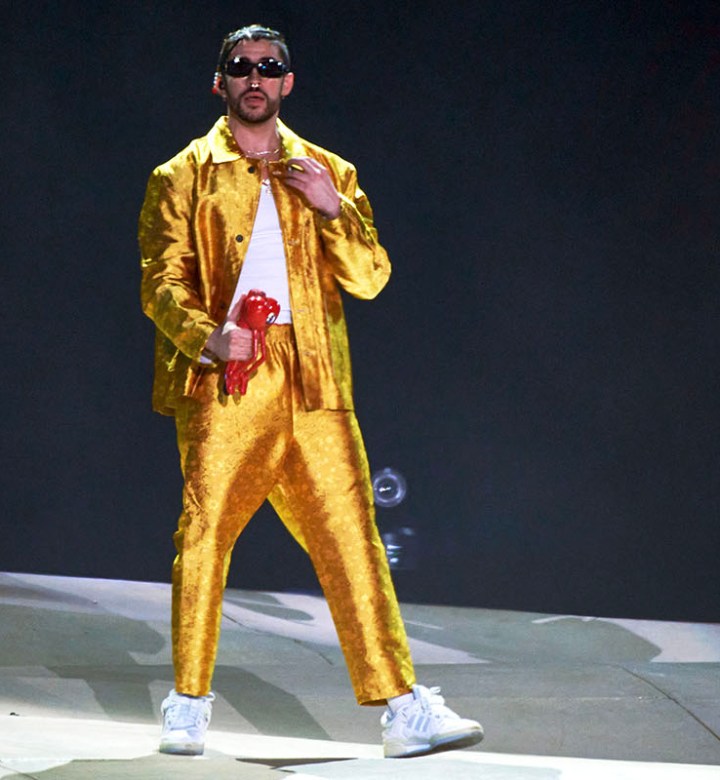 “He’s an amazing performer, who not only broke so many records, but has so many people listening to his music—even if half the population doesn’t understand a word he’s saying. Aside from his stage presence, his activism for Puerto Rico is so inspiring and super hot. (Sorry not sorry, I love a man who fights for rights.) Also, he’s not afraid of testing the waters and pissing people off with his fluidity on gender and sexuality.” — Chelsea Candelario, Assistant Editor 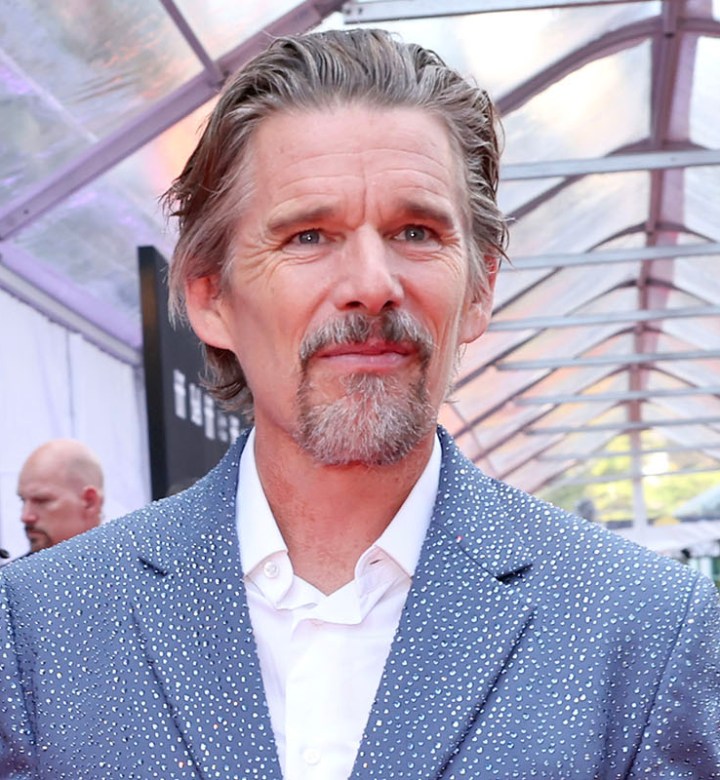 “I have liked him since Reality Bites, Dead Poet’s Society and the Before Sunrise franchise. But I really started to love him when I saw him in films like Boyhood,  Born to Be Blue—about jazz musician Chet Baker—and The Truth opposite Catherine Deneuve. He is like a fine wine who just gets better, and quite honestly, more interesting with age. And his off-screen persona measures up. Just listen to him talk on this recent episode of the podcast Smartless—he is charming, sincere, smart, curious and humble. Literally, what more could you want? — Rachel Bowie, Senior Director of Special Projects & Royals 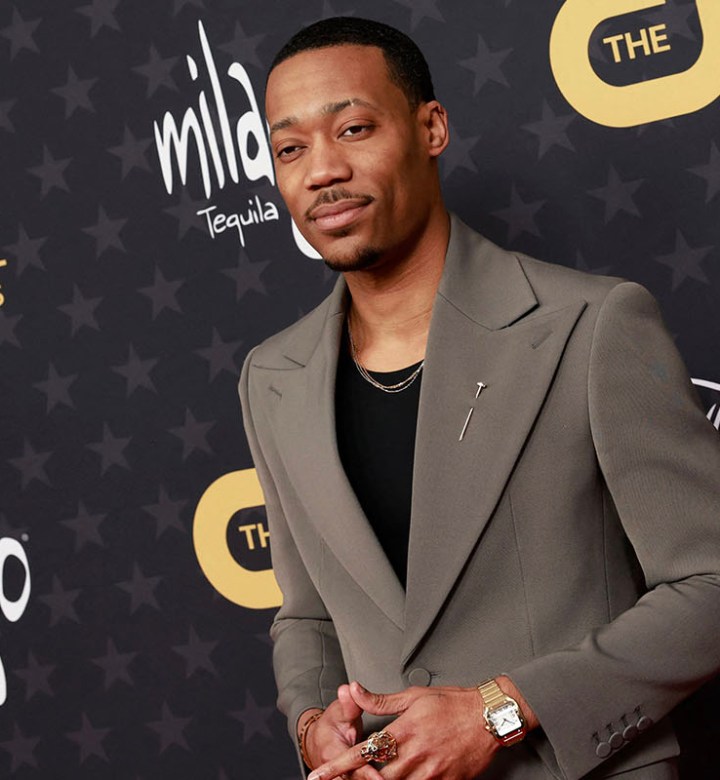 “He’s just such a nice, humble and talented actor and I love that he’s finally receiving his flowers with his current role in Abbott Elementary. I’ve been a fan of his for *so* long—I grew up watching him on Everybody Hates Chris and Disney’s Let It Shine. And to hear him talk candidly about his journey with Crohn’s disease is just so brave and inspiring. Also, his deep voice just makes me melt.” — Karelle McKay, Assistant Editor, News & Entertainment 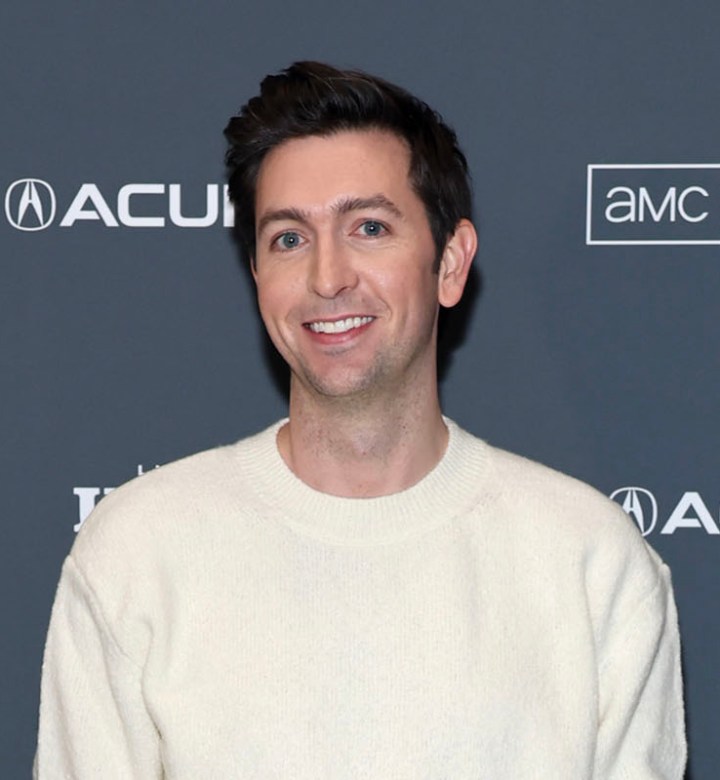 “From Sky High to Succession, everything about Nicholas Braun is *chef’s kiss*. There’s something so perfect about someone who’s so imperfect. He’s kooky, hilarious, genuine, awkward. While living in New York City, I was only hoping that one day I would accidentally run into him. (Apparently, he lived in my old neighborhood—lol, stalker much?) And at 6’7”, he’d be a hard one to miss in passing.” — Stephanie Meraz, Assistant Editor 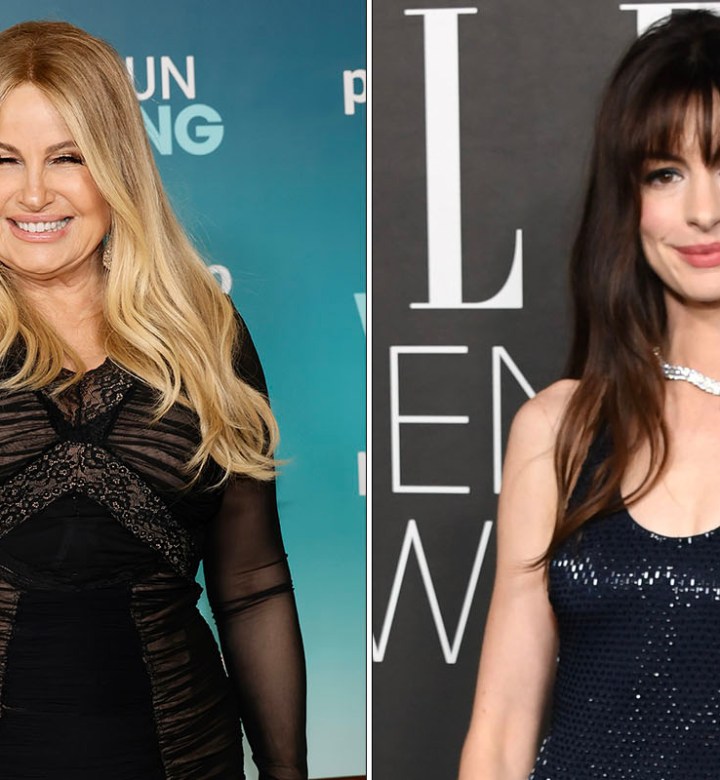 “I haven’t seen the second season of White Lotus (I know, I’m sorry), but the show reminded the public how amazing she is and for that I’m grateful. She’s gorgeous and hilarious and just a bombshell through and through. Honorable mention goes to Anne Hathaway. I’ve always loved her—and, proudly, was never a Hatha-hater—but this Vogue Hong Kong editorial from last year cemented how stun she is.” — Sarah Stiefvater, Wellness Director 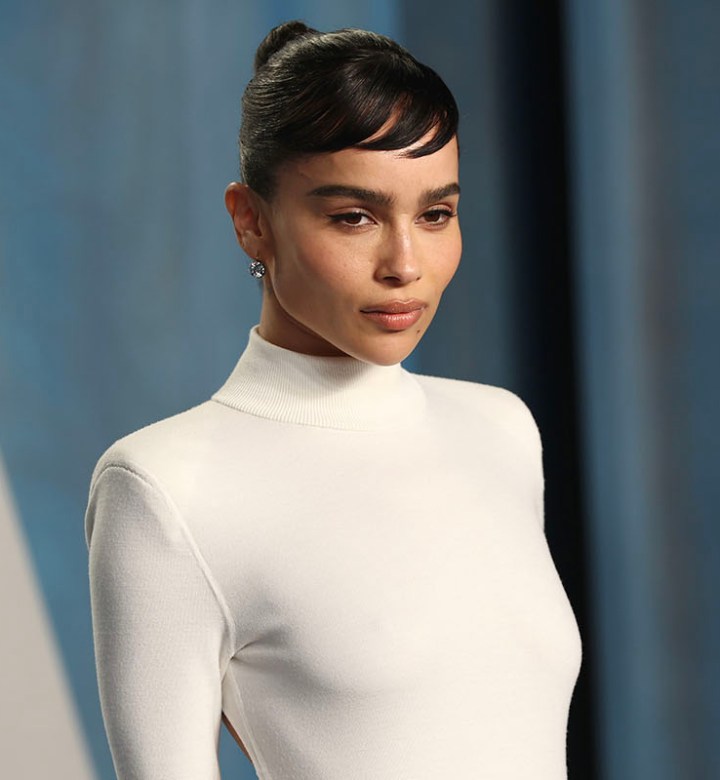 “I haven’t seen her as Catwoman yet, but both Big Little Lies and High Fidelity are masterpieces. (And, it’s absolutely criminal that High Fidelity was cancelled after one season.) Also, she and her parents are hands down the hottest and coolest family to ever walk the earth; throw Jason Momoa in the mix and the brain explodes.” — Taryn Pire, Associate Food Editor 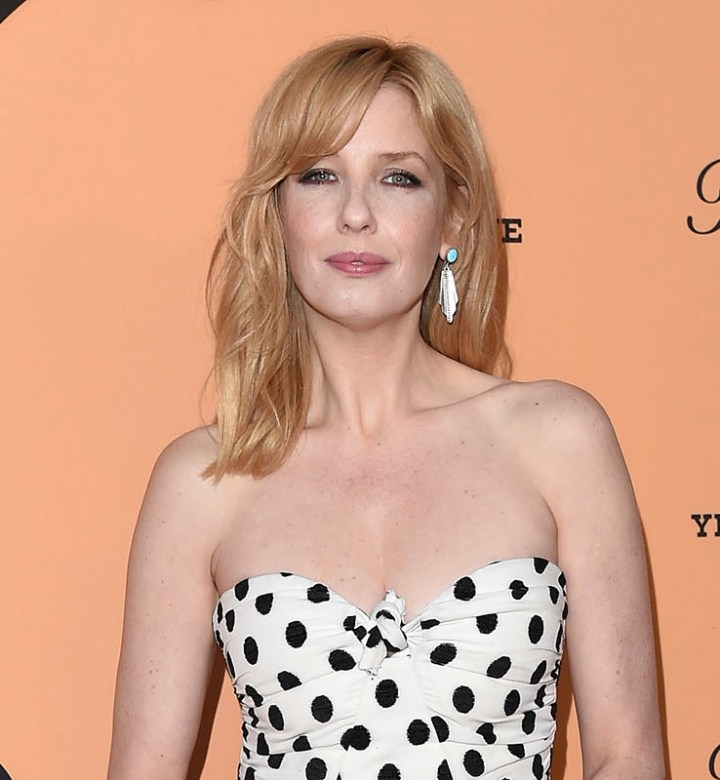 “She plays hellcat Beth Dutton on Yellowstone. She’s an English actress of Irish descent, but in this role, she is 100 percent delicious Americana as the drunken genius businesswoman daughter of Kevin Costner’s Montana rancher. Beth’s always flying here and there as an international dealmaker, but her heart belongs to Rip, the practically monosyllabic ranch hand who she’s been sweet on since they were both traumatized kids together on the ranch. Last season, she woozily kidnapped a priest to officiate her and Rip’s spontaneous outdoor marriage; this year, she bested Piper Perabo in an extended fistfight. And her outfits are Ralph Lauren ranch-meets-slutty. Sigh.” — Dana Dickey, Senior Editor 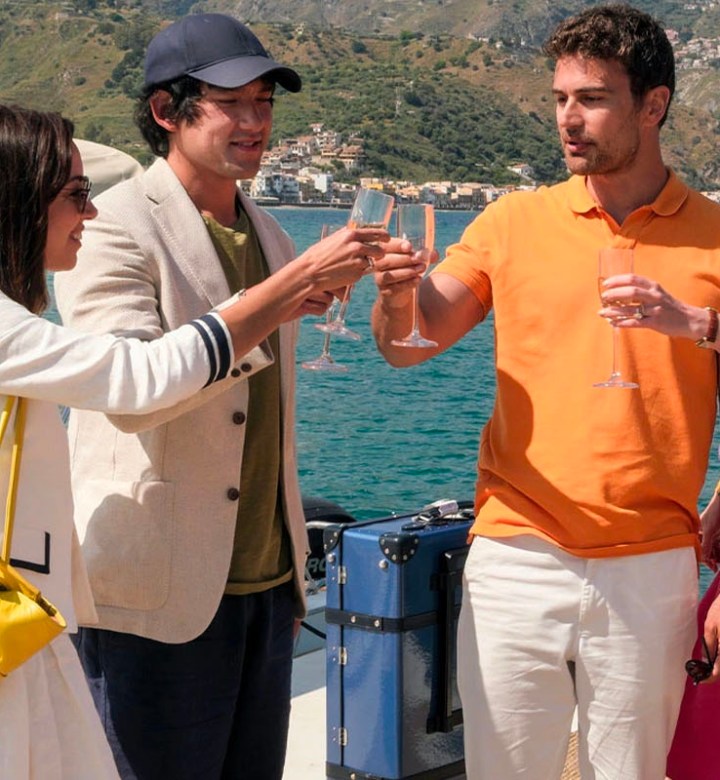 Our Team Shared Their Celebrity Crushes From Childhood—Did Yours Make the List?