As a true admirer of the thriller genre, I was instantly intrigued when I saw the trailer for the new Apple TV+ series, Shining Girls, based on the best-selling novel by Lauren Beukes. Elisabeth Moss (who you may know from The Handmaid's Tale) plays a reserved young woman named Kirby Mazrachi. As a newspaper archivist for the Chicago Sun-Times, she soon finds herself trying to pick up the pieces of her life after a brutal attack leaves her questioning reality.

Kirby learns that another woman has fallen victim to her attacker. Determined to catch the culprit before he strikes again, she teams up with a veteran journalist named Dan Velazquez (Wagner Moura). Together, they try to stop the assailant while Kirby grapples with her troubling past.

But, is this show worth the watch? Keep scrolling to read my honest review of Shining Girls.

The episode starts in the year 1992 and we’re first introduced to our main protagonist. Kirby is writing down all her daily activities in a journal. She documents the small details in her life, from her cat’s name to who her roommate Rachel is. This is the first indication of her ever-changing mental state, which plays a key role throughout the episode.

For example, Kirby returns home from work and hears a loud bang on the door. The sound grows louder with each passing second. Then, a dog emerges from the other side, which startles Kirby (and us as well). Later on, it becomes apparent that she doesn’t have a cat, but a dog named Grendel. After the traumatic assault, it seems Kirby has a hard time differentiating what is her present reality. In some ways, her past life seems to blur with the present, oftentimes leaving the viewer in a state of confusion, which makes it a truly great watch. 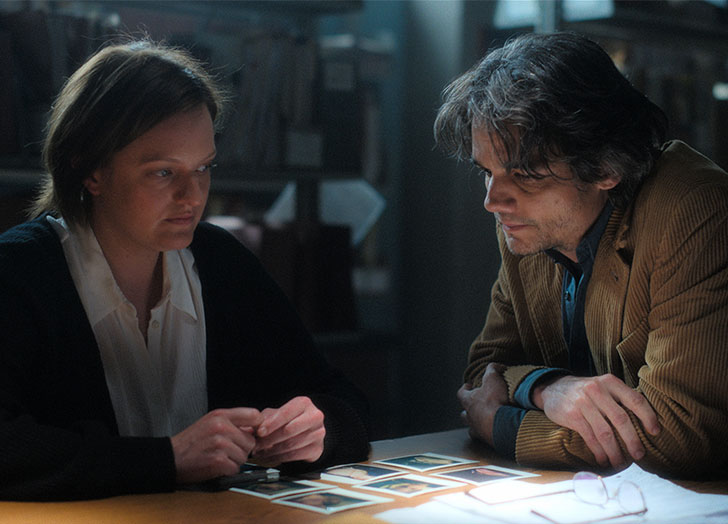 As the audience, it’s like we are having a tough time telling what’s real ﻿and what's fake—and that in itself makes the story even more terrifying. Not only that, it causes us to further empathize with Kirby and Moss does an exceptional job making us feel every raw emotion.

Another concept I found myself loving is the show is also told from the attacker’s point of view. Throughout the episode, we see the assailant stalking his next victim, who is another young woman named Jin-sook. Even though Kirby doesn’t know the identity of her attacker, we get to see him in the flesh—and we learn his sinister tactics and how he lures women.

Yes, the concept makes the show even more engaging. But, I also found myself wanting to learn more about the attacker and his backstory. Like, what made him choose this life? Who are the other victims? These are questions I hope to get answered as the series goes on. *crosses fingers*

Overall, the first episode of Shining Girls left me wanting to immediately watch the next episode. And I was left with quite a few questions. It’s a confusing, yet gripping watch.

Purewow Rating: 5 Out Of 5 Stars

Crime ﻿show lovers will really enjoy Shining Girls for its intense, thrilling narrative. The series will have you on the edge of your seat from beginning to end, even as you struggle to separate fantasy from reality in Kirby’s ever-changing world.﻿

The first three episodes will premiere this Friday, April 29, on Apple TV+. The remaining six episodes will be released on a weekly basis. And, take it from me, you certainly won’t be disappointed with this gripping crime drama.