Prince Harry and Meghan Markle have remained out of the spotlight ever since they stepped down as senior royals and moved to Montecito, California (well, besides that epic Oprah interview…). Still, several questions remain: When did the discomfort with the royal family begin? How long were they planning their departure? And finally, what led to the shocking decision?

To get some answers, we turned to body language expert and psychotherapist Toni Coleman, who analyzed eight photos of the Duke and Duchess of Sussex throughout the past ten years. She confirmed that their nonverbal communication offers a glimpse into how they were really feeling in these moments. Keep scrolling for details.

Prince William & Prince Harry Were ‘Out of Sync’ at Princess Diana Event, According to a Body Language Expert 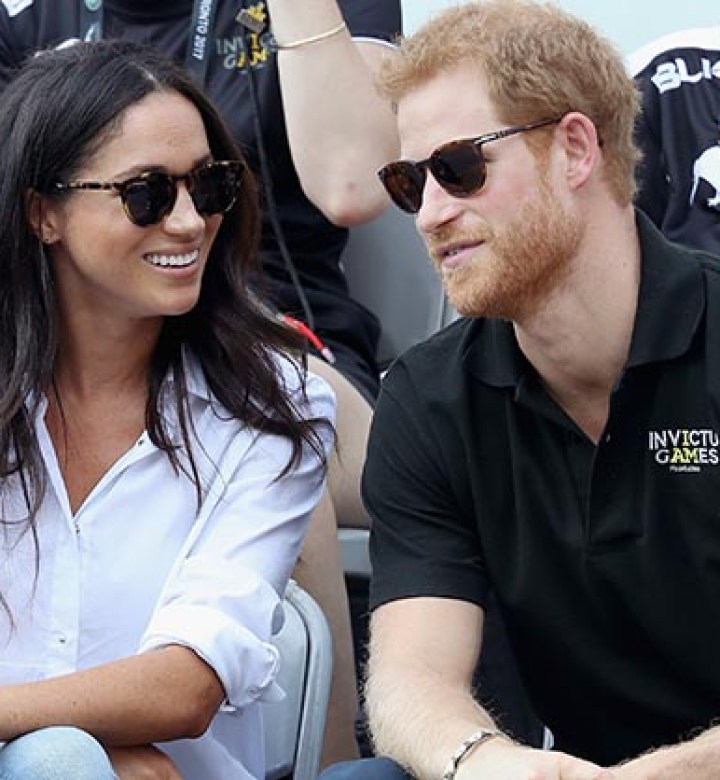 In 2017, Prince Harry and Markle made one of their first public appearances when they attended a wheelchair tennis match during the Invictus Games. As Coleman pointed out, their body language was “very open and relaxed here,” hinting that they were deep in the honeymoon phase of their relationship.

“Meghan’s arms are draped over her knees showing a relaxed gesture and her hands are relaxed, which is an open/non-defensive sign,” she told PureWow. “Harry’s knees are spread, which is an open gesture, and though he is listening to Meghan, he is looking outward, comfortable with what is around him.”

Colman also noted their carefree expressions, adding, “Both are smiling; hers is a warm smile directed at Harry, and Harry has a kind of impish grin. Overall impression is that they don’t have a care in the world.” 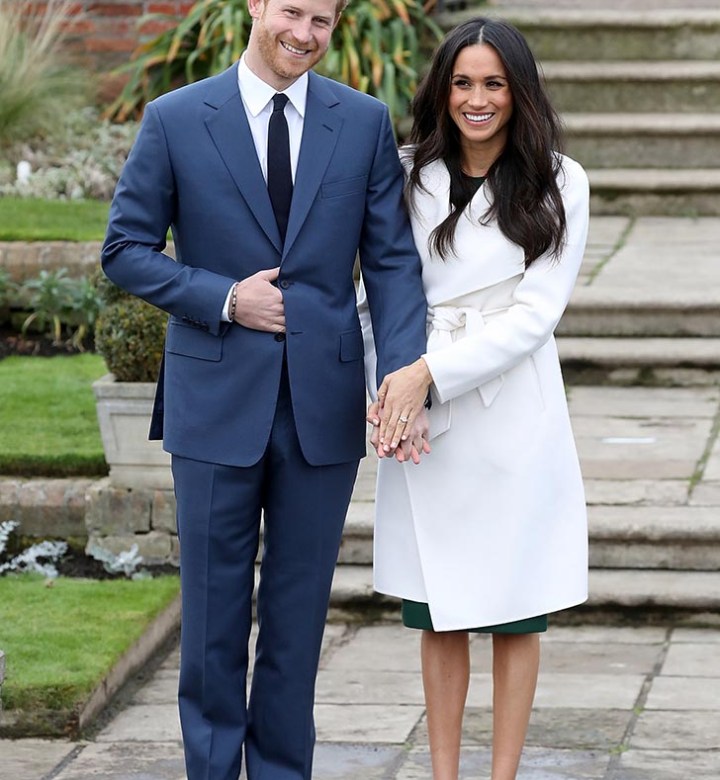 The couple had a similar glow when they posed for their engagement photos in November 2017. “Both Harry and Meghan have full smiles that light up their faces and go up to their eyes,” Coleman explained. “They are looking out at those around them and the camera, communicating and broadcasting their happiness as one.”

Coleman also confirmed that their body language signifies that they were both elated to share their love with the world. “Meghan is holding Harry’s hand between hers—this is a gesture that conveys an embrace and allows them maximum skin to skin contact,” she said. “Harry’s head is leaning a bit towards Meghan, as though he is saying, look at her, isn’t she great. Harry’s hand tucked in his jacket is a gesture going back centuries. It was often used by Statesmen and indicated calm and leadership.”

Coleman continued, “It may signal Harry’s awareness of the seriousness and importance of his engagement to Meghan, a unique choice for a royal’s bride.” 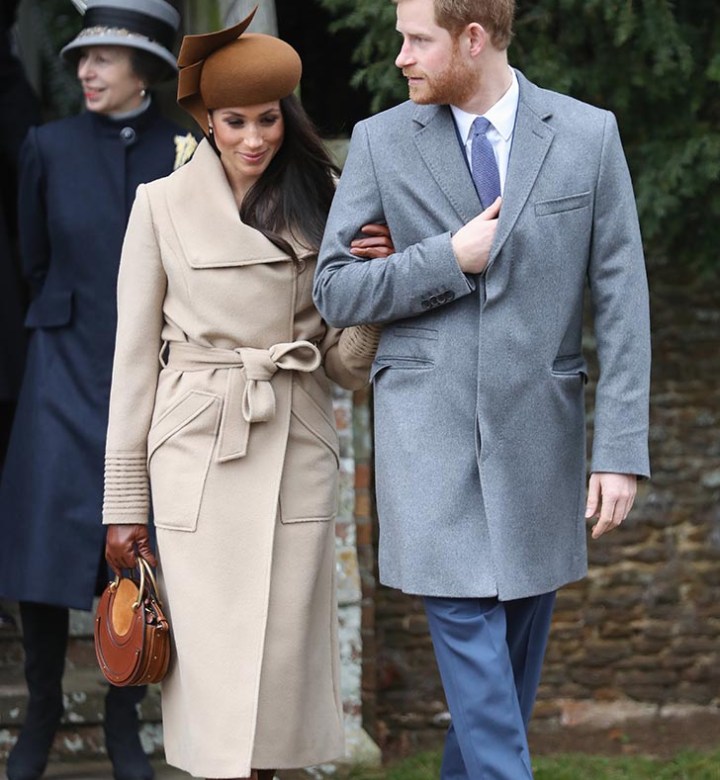 The first sign of trouble came one month later when they attended Christmas Day service at Church of St Mary Magdalene. Although they appear at ease, Coleman confirmed that wasn’t the case. “In this picture, the couple are not engaged with the camera or those around them,” she said. “Their stride and overall body language are very in sync with one another, and neither is smiling, more like both are putting on their public face.”

While Markle avoided eye contact, Prince Harry immediately went into protection mode. “Meghan is looking down which signals a clear intent to avoid the public gaze and Harry is looking over his shoulder, cautiously aware of something going on behind him,” Coleman added. “This can signal a need to be on the alert and watchful, not at all relaxed and comfortable in the setting.” 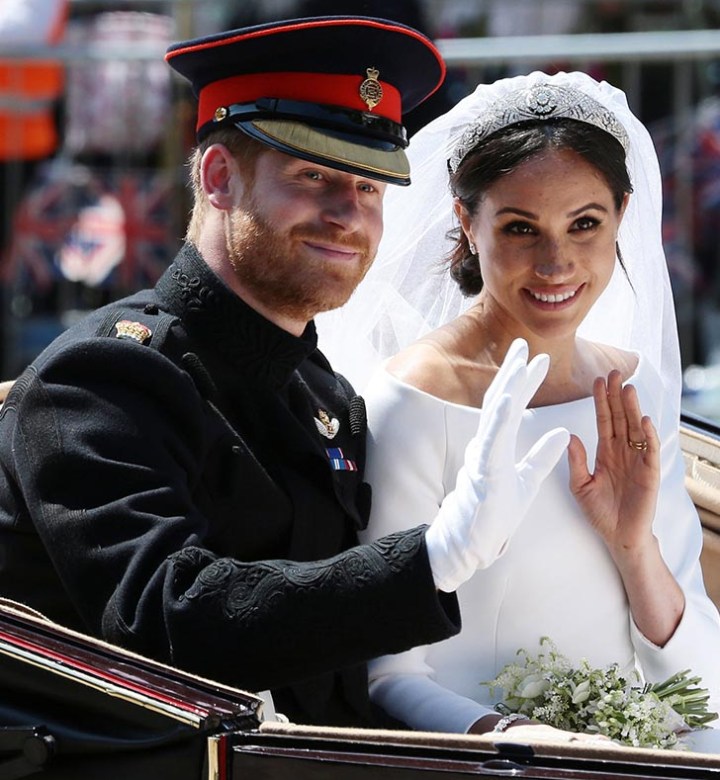 At their 2018 wedding, it seemed like Prince Harry and Markle were putting on an act, rather than celebrating their nuptials. “The couple are smiling for the camera and looking at those around them, but their smiles look poised and lack the open radiance of their early photos,” Coleman explained. “They appear to be doing their duty and going through the motions, but without the outward excitement we expect from such a happy day.” 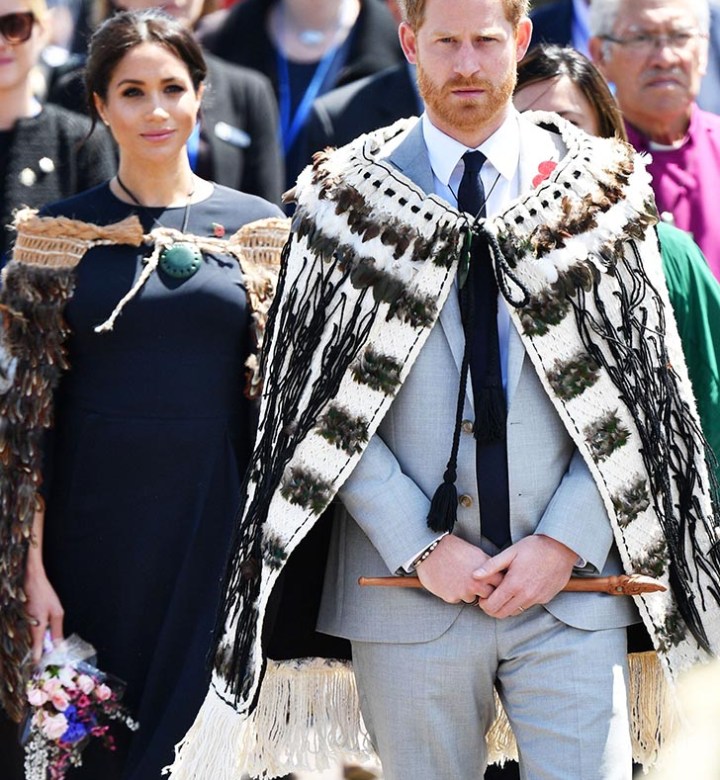 5. The Calm Before The Storm

During the royal tour of Australia, Fiji, Tonga and New Zealand, Prince Harry started showing signs of unease. “Harry is leading Meghan as they walk, which is a gesture of protectiveness. Neither is smiling and both are looking ahead but not engaged with those around them,” Coleman said. “Harry is almost scowling at the camera and Meghan’s facial expression conveys that she is putting on a pleasant face and going along with the program.”

Perhaps Markle started voicing her concerns about life in the royal spotlight, which prompted Harry to become defensive. “Harry’s palms are turned down and held close to his front, which is a gesture that indicates he is erecting a barrier between him and Meghan and those around them,” Coleman added. “There is no excitement or happiness depicted in this shot.” 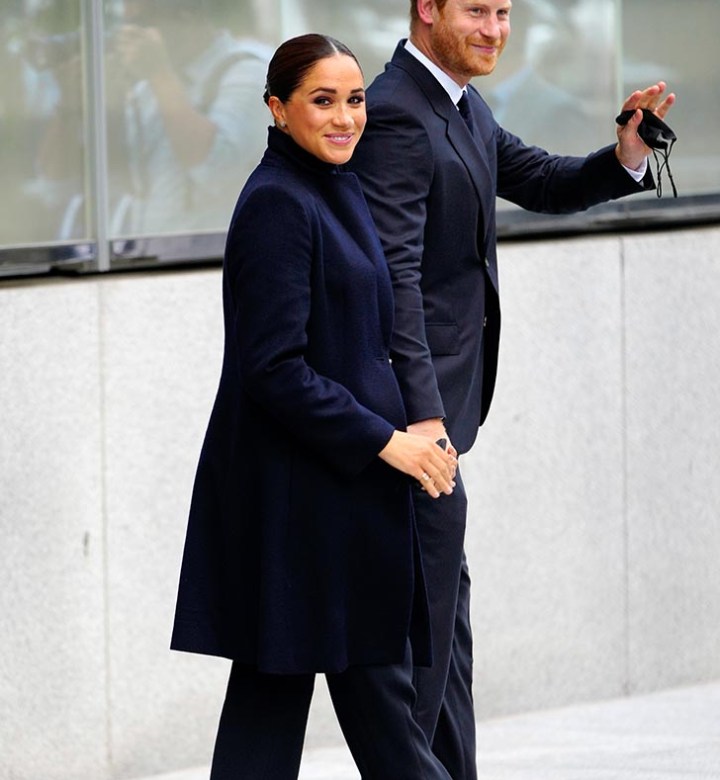 There are very few photos of Prince Harry and Markle during the time they stepped down as senior royals and moved to Santa Barbara, California. However, one of their first official appearances took place in 2021 when they visited the World Trade Center. Although they avoided the press, they seemed to be more in-sync than they were in London.

“In this picture, both Harry and Meghan seem a bit more at ease than in the previous few photos,” Coleman explained. “Their tight-lipped smiles seem to say, ‘We are sharing a private joke.’ Their dress and posture are very much in sync and the overall impression is contentment in their own little space. 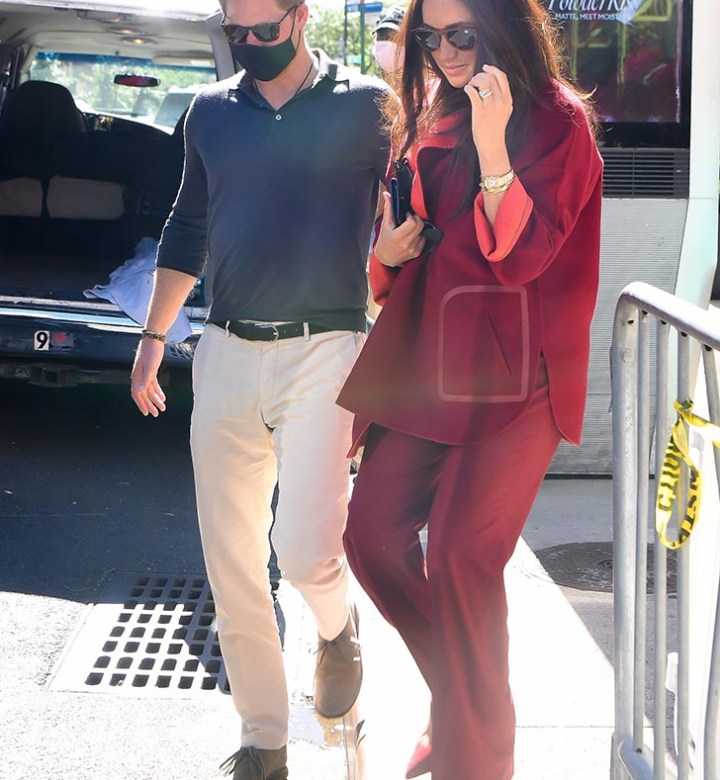 During that same trip to NYC, their body language shifted as the hours dragged on. At one point, the Duke and Duchess of Sussex went out for lunch and showed discomfort when they were approached by paparazzi.

“The couple are looking down, avoiding the camera and those around them,” Coleman explained. “They are moving with a purpose and don’t seem to want to interact at all. Harry is protectively guiding Meghan and her hand against her face is a gesture that can indicate she is placing a barrier between her and the camera.” 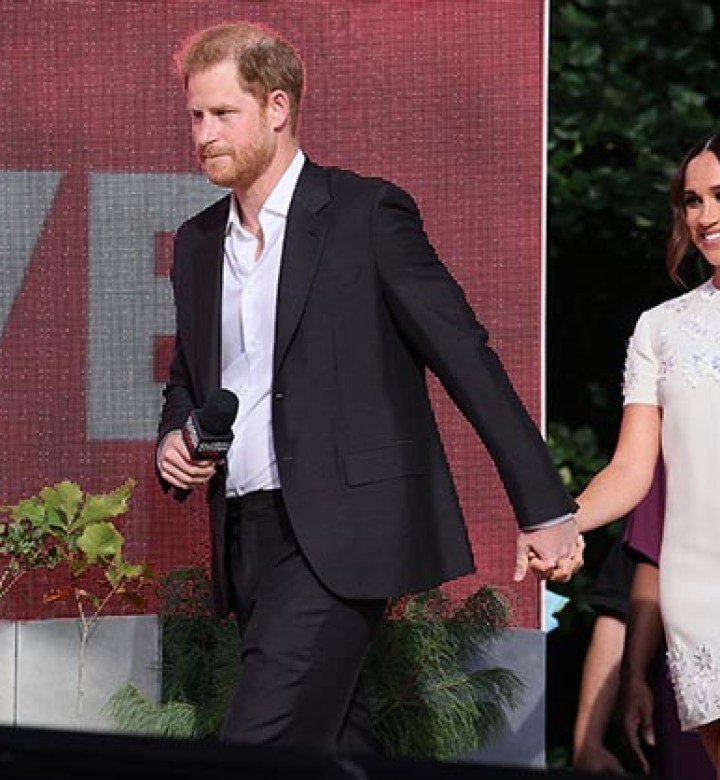 When they took the stage at Global Citizen Live, Prince Harry was still acting defensive, even though Markle was trying to be a good sport. Perhaps the duke had a last-minute change of heart about committing to the public event?

“Harry appears to be ‘pulling’ Meghan along, as though he wants to hurry this up,” Coleman said. “His facial expression is closed and guarded, while hers is open and shows ease. They are not in sync as though they have different feelings about this event and their roles in it.”

Based on these photos, it seems Prince Harry and Markle aren’t comfortable in the public eye anymore. Although their roles seemed doable in the beginning, everything changed once the U.K. press took it a step to far and made it nearly impossible for the Duke and Duchess of Sussex to live a normal life. After their relocation, they’ve tried to continue their philanthropic efforts. And while they’ve been successful behind-the-scenes, these photos prove that Prince Harry and Markle aren’t ready to step back into the spotlight (at least not yet).