Each Bridgerton season focuses on a different sibling, but if there’s one character that deserves the spotlight, it’s Eloise (played by Claudia Jessie).

Jonathan Bailey (who plays Anthony Bridgerton) recently sat down for an exclusive interview with E! News, where he discussed what’s to come in future Bridgerton seasons. The 33-year-old actor admitted that he’s looking forward to the moment Eloise finds love, mainly because she’s the least romantic of the entire family. 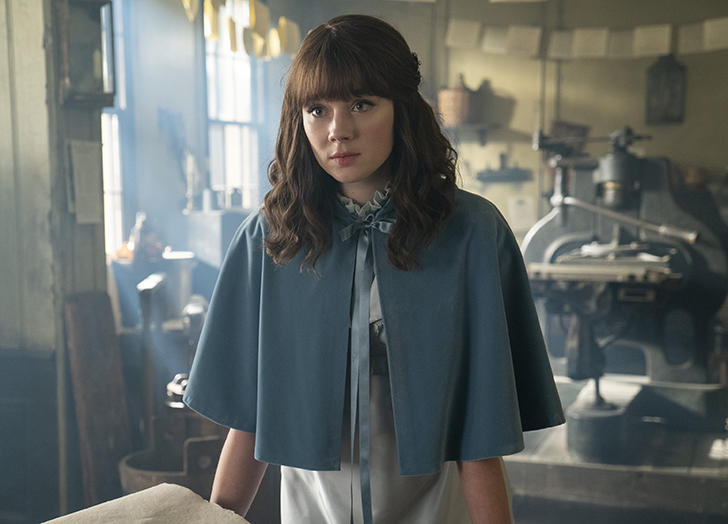 “I can’t wait to walk Eloise down the aisle for so many reasons,” Bailey said. FYI, Eloise’s dad passed away when she was a child, making Anthony (the eldest) the new viscount.

The actor explained that if there’s one thing more fascinating than his own character, it’s Anthony’s sister Eloise. “If there’s ever going to be another character that has a bigger arc as Anthony, in terms of having to overcome psychological warfare, it’s going to be Eloise,” he added.

Bailey is likely referring to Eloise’s DGAF attitude. As a proud feminist, she opposes the idea of settling down and getting married. Gross! But in Bridgerton season 2, fans saw the first glimpse of what’s to come when Eloise develops a crush on a printer boy named Theo (played by Calam Lynch).

Bailey continued, “I can’t wait—as a fan—to see that evolution.”

Viewers will likely have to wait quite some time before Eloise’s love story plays out on the small screen. Although Netflix hasn’t shared many details about Bridgerton season 3, it’ll likely focus on Penelope’s (played by Nicola Coughlan) relationship with Colin Bridgerton (played by Luke Newton). Therefore, it seems Eloise may need to wait until season 4.

Worth the wait? Indeed.