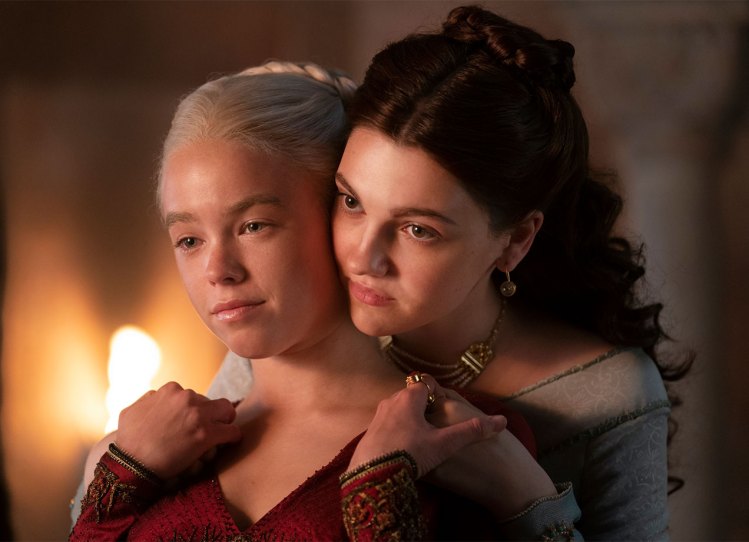 We don’t know about you, but we are fully on board with the HBO series, House of the Dragon. On Sunday nights, we (of course) tune in to watch the latest episode—and we’ve already started stalking following the entire cast on social media.

While fully dressed in their characters’ attire, Frankel and Alcock show off their best goofy dance moves. At the end, the trio presses their hands closer to the camera and they can’t stop laughing.

Fans couldn’t get enough of the trio dancing in the video clip. One person wrote in the comments section, “This was the mash-up I always wanted and never knew I needed [laughing emoji].” Another person commented on Alcock’s departure from the show, writing, “So cute. I'll miss Milly [crying emoji].”

In case you missed it, Alcock is officially leaving House of the Dragon because her character is being recast in accordance with the narrative. From now on, a different actress will be playing the grown-up version of Princess Rhaenyra.

Shortly after the news of her departure broke, the 22-year-old actress shared a photo dump on her Instagram page, which featured various moments on set. “I love u all I love u I love this!” she wrote in the caption.

Okay, we need more fun posts like this, thank you very much.