Meredith Did the Unthinkable in Latest ‘Grey’s Anatomy’ Episode 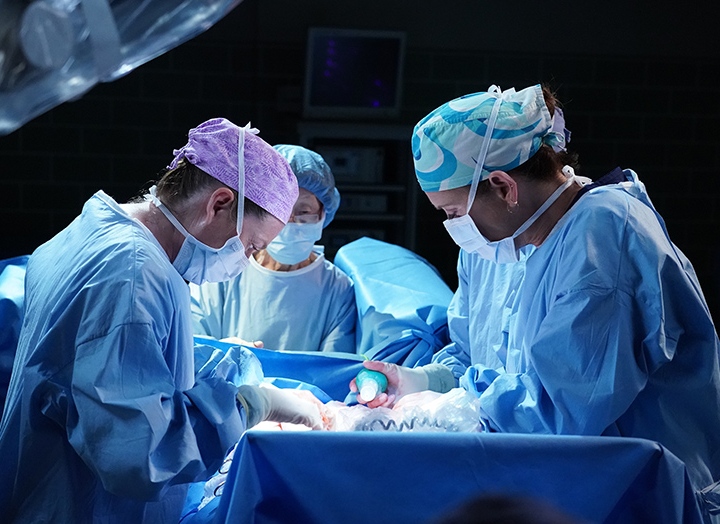 It’s the moment Grey’s Anatomy fans have been waiting for since Derek Shepherd’s (Patrick Dempsey) tragic death: Meredith Grey (Ellen Pompeo) and Addison Montgomery (Kate Walsh) have finally reunited. And for the first time ever, they don’t want to claw each other’s eyes out. Well, at least not yet.

The get-together took place during last night’s episode of Grey’s Anatomy, titled “Hotter Than Hell.” The installment included the highly anticipated scene where Addison asked for Meredith’s help after the hospital’s A/C went out. Despite the drama, the duo successfully completed the surgery. Later in the elevator, Addison revealed that she expected to feel a connection to her ex-husband upon returning to Seattle, but that wasn’t the case.

“I thought coming back here—to Seattle, to Grey Sloan—that he’d be here, that I would be able to feel that he was still here in the city that he loved, with the people he loved, but he isn’t,” she said. “And it’s real—he’s not here.”

This prompted Meredith to respond, “Addison, he is here, and he’s in his children, and they are very real.” Meredith proceeded to extend a previously unthinkable olive branch to her former enemy: “I would love for you to come and meet them.”

To everyone’s delight, that’s exactly what happened. Addison introduced herself as a friend of their dad, saying, “I’m Addison, but he called me Addie.” After enjoying some ice cream, Addison added, “Guess what? I’m falling more in love with you every second.”

This was a pretty big deal for Grey’s Anatomy fans, mainly because Addison and Meredith haven’t spoken since Derek’s death. Many viewers didn’t think they’d ever make up, let alone gush over each other’s children. Although ABC hasn’t upgraded Walsh to “series regular” status, it seems the network might be leaning in that direction. *Crosses fingers*