There’s no denying that Ellen Pompeo has made a major name for herself, especially with the help of her hit show, Grey's Anatomy. With 19 seasons and over 400 episodes, the drama series has managed to become the longest-running scripted primetime show on ABC as well as the longest-running American primetime medical drama series. So, we’d imagine it's a major contributor to the 53-year-old actress’s fortune.

However, GA isn’t the only way the Massachusetts native rakes in her money. She’s also built up an incredibly impressive resume throughout her career, including movies, TV shows, production and even modeling. Keep reading for everything we know about Ellen Pompeo’s net worth. 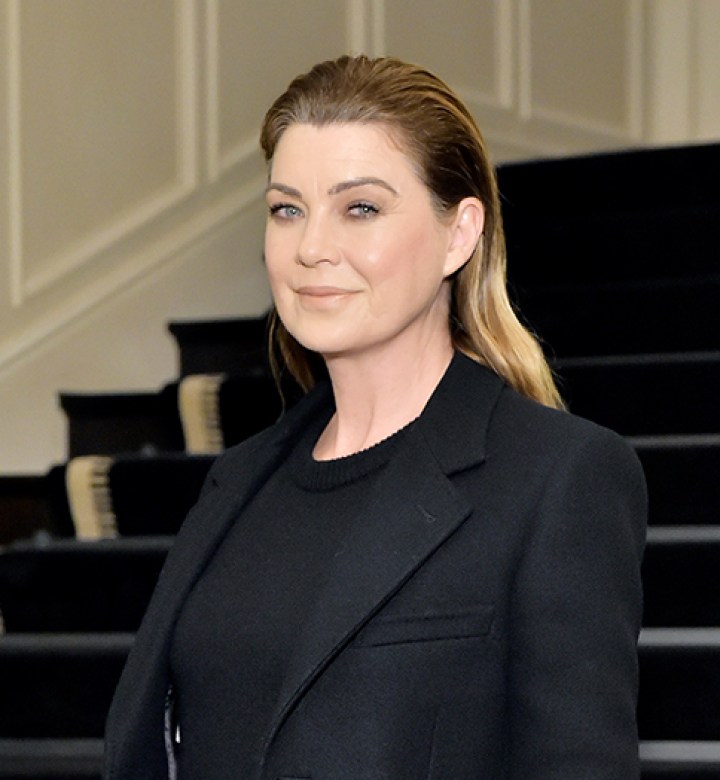 1. What is Ellen Pompeo’s Net Worth?

According to Celebrity Net Worth, Pompeo is worth a whopping $80 million as of 2023.

2. How much does she make on Grey’s Anatomy?

As we mentioned above, her role as Meredith Grey has really skyrocketed her career. In fact, the role has made Pompeo one of the highest-paid actresses on the planet—she earns $20 million per year from the show. That’s an impressive $550,000 per-episode salary. This will likely change in the upcoming year, since Pompeo is stepping down as a series regular. However, she will still get paid for cameos and syndication royalties.

The Spotless Mind actress has worked in the entertainment industry for nearly three decades after being discovered in NYC by a casting director in 1995. After doing some commercial modeling—for brands like Citibank and L'Oreal—Pompeo made her television debut as a guest star on Law & Order in 1996 (and appeared again in 2000). Her first film appearance was in a 1999 movie called Coming Soon.

Before landing the role of Meredith Grey, she played some smaller parts in movies including Mambo Cafe, Moonlight Mile, Catch Me If You Can, Old School and Daredevil. In 2005, she landed her record-breaking role as the surgical intern at the fictional Seattle Grace Hospital in Shonda Rhimes’s Greys. Just two years later, she was nominated for a Golden Globe for Best Performance by an Actress in a Drama Series for the show.

Did we also mention that she made an appearance in Taylor Swift's “Bad Blood” music video in 2014?

4. What about her work as a producer?

While she’s spent the majority of the last 30 years in front of the camera, she’s also built a career as a producer. In 2011, she launched her own production company called Calamity Jane. Pompe0 also became a co-producer for the GA spinoff series Station 19.

The secret to all of her success? “[Successful people] don’t start a sentence with ‘You can’t’ or ‘I don’t know how.’ They simply ask, ‘How do we do it?'” Ellen said during a 2018 visit to Good Morning America. “You have to find a way to get it done. Life is problem-solving, and if you’re good at problem-solving and finding an alternate route, you’ll keep on your path.”