What Is Shonda Rhimes’s Net Worth? It’s Way More Impressive Than We Imagined

There’s no denying that Grey's Anatomy creator Shonda Rhimes is one of the most well-known and powerful forces in the television industry these days. Therefore, when we first learned of her net worth, we weren’t that surprised (but yes, our jaw still dropped).

According to Celebrity Net Worth, the 52-year-old writer has amassed a whopping net worth of $140 million. So, how exactly did she make her impressive fortune? Keep reading for everything we know about Shonda Rhimes's net worth. 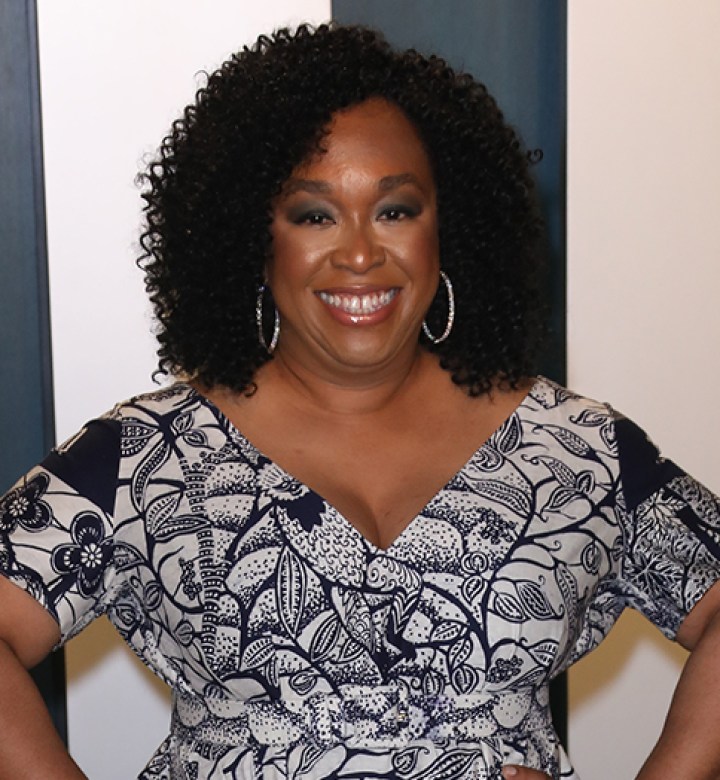 Although the majority of her fortune comes from her success of Grey’s, HTGAWM and Scandal (more on that later), that’s not the only way she’s earned money. After graduating from USC, Rhimes found herself as an unemployed screenwriter in Hollywood. However, she occasionally got work, including when she got the chance to help write the documentary Hank Aaron: Chasing the Dream, which won the Peabody Award in 1995.

Things began to take off a bit more in 1999 when she was hired to write the 1999 HBO movie Introducing Dorothy Dandridge. Two years later, Rhimes wrote Crossroads (yup, the one with Britney Spears) and later went on to write The Princess Diaries 2: Royal Engagement. Who knew?

As we mentioned above, Rhimes’s net worth has almost entirely come from the money she’s earned through her years at ABC, which is home to hit series Grey’s Anatomy, Scandal and How to Get Away with Murder, all created by her company Shondaland. Not to mention, Grey’s Anatomy made Rhimes the first Black woman to spearhead a successful primetime drama on a broadcast network.

The production company also produced the shorter-lived series The Catch and Private Practice (a less successful spin-off of Grey’s). Per Forbes, aside from the fees she received for each, Rhimes also reportedly earned $10 million a year from ABC. Plus, at least ten percent of the profit from her three successful series (and PP) were syndicated or sold to streaming services for about $1 million an episode.

And Grey’s doesn’t seem to be stopping anytime soon meaning there is still a ton more money to make for Rhimes. “Ellen [Pompeo] and I have a pact that I’m going to do the show as long as she's going to do the show,” Rhimes told E! News in 2017. “So, the show will exist as long as both of us want to do it. If she wants to stop, we're stopping. So, I don't know if we'll see 600, but I want to keep it feeling fresh. As long as there are fresh stories to tell and as long as we're both excited about the stories being told, we're in. So, we'll see where that takes us.”

In 2017, she dissolved her contract early with ABC, trading in her $10 million base salaries for a four-year deal with Netflix worth an estimated $150 million, per The New York Times. As Celebrity Net Worth reports, under the deal, all of Rhimes’s future productions will be Netflix Original series. All of this is on top of the fact that the streamer had already bought the U.S. streaming rights to all past episodes of Grey's Anatomy and Scandal.

Rhimes’s first project under this contract was Bridgerton, which is based on the book series by Julia Quinn. Then came Inventing Anna, an adaptation of the New York Magazine story “How Anna Delvey Tricked New York's Party People.” The ten-part series starred Anna Chlumsky (Veep), Julia Garner (Ozark), Laverne Cox (Orange Is the New Black) and Katie Lowes (Scandal).

According to Celebrity Net Worth, in 2017, Shonda spent a whopping $4.6 million on a 5,000-square foot home in Los Angeles, specifically Hancock Park (this is apparently her third home in the area). However, in 2019, she sold one of the estates, which she bought in 2010 from Beck for $5 million, for an impressive $7.2 million.

We have a feeling there’s plenty of more dough in her future.