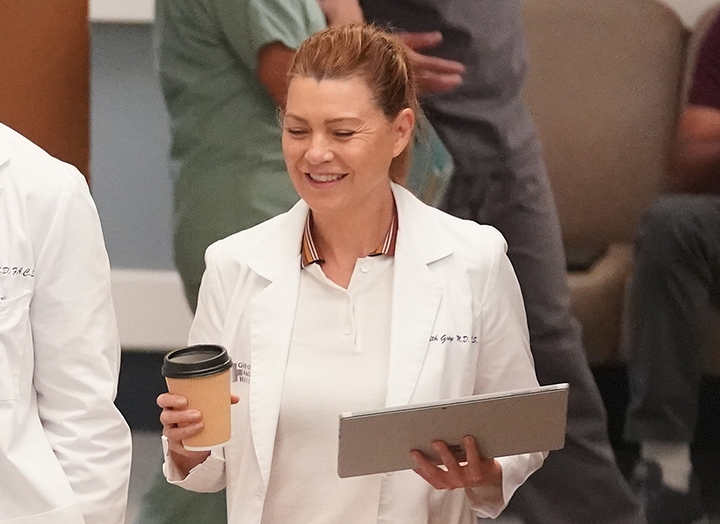 Grey’s Anatomy returned to ABC tonight, and while it revisited several story lines, it also introduced a brand-new—and potentially critical—character.

One of the biggest moments is when Meredith comes face-to-face with Dr. David Hamilton (Peter Gallagher). The neurosurgeon invites Meredith to Minnesota because he’s dedicating a research library to Ellis. But when Meredith arrives, she’s presented with a bigger opportunity to lead a Parkinson’s Disease clinical trial…and Dr. Hamilton is the patient.

So, will Meredith accept? Or will she stay at Grey Sloan Memorial Hospital? One option is that she’ll accept the offer and move to Minnesota, but that’s highly unlikely.

The most obvious possibility is that Meredith will reject the position. However, that doesn’t mean Dr. Hamilton will suddenly disappear. If anything, his arrival likely has a hidden meaning because he’s bound to push Meredith to not only rethink her future, but to also revisit her past. As in, he’s going to help guide the story line back to where it needs to be, so there can be a full-circle ending.

You see, there’s a Reddit theory that claims Meredith will fall victim to Alzheimer’s disease and end up in an assisted living facility, just like her mom. The voiceovers featured at the beginning and end of each episode are supposedly snippets from Meredith’s journal entries, which she reads to herself as a reminder of what it was like to be a surgeon.

Perhaps Dr. Hamilton’s purpose for the show isn’t to uproot Meredith, but to make her revisit her past memories with her mom. That would account for Ellis suddenly making cameos in flashbacks and dreams.

Of course, the writers could throw a curveball and have Meredith accept the position. But after 18 (and counting) seasons, the O.G. cast deserves better than to be written out and replaced with Minnesotan doctors…right?

Grey’s Anatomy airs on Thursdays at 9 p.m. on ABC.