Paramount+ Is Developing a 'Grease' Prequel Series—Here's What We Know 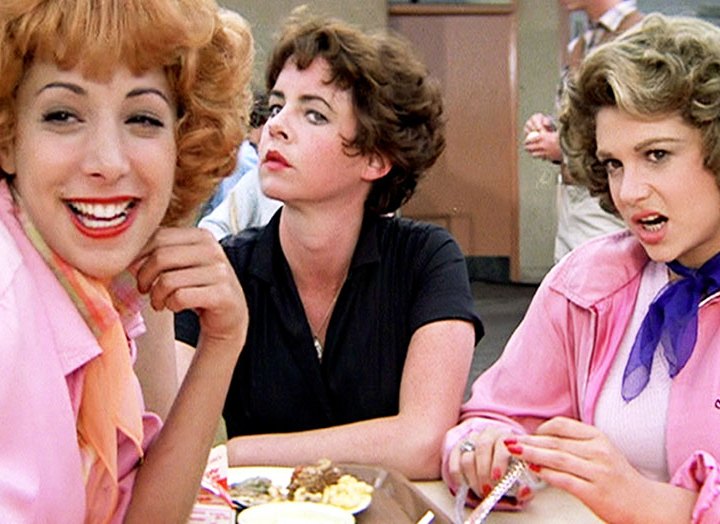 Paramount+ just announced that a new series, titled Grease: Rise of the Pink Ladies, will be coming to a television screen near you. Written and executive produced by Annabel Oakes, the upcoming show will take place four years before the first Grease movie.

Per the official logline, it reads, “In 1954 before rock ‘n’ roll ruled before the T-Birds were the coolest in the school, four fed-up, outcasts dare to have fun on their own terms, sparking a moral panic that will change Rydell High forever.”

Rydell High is back in session! Grease: #RiseOfThePinkLadies is coming soon to #ParamountPlus. pic.twitter.com/1zd0fl2dhx

The 10-episode series will star Madison Thompson (Ozark) as Erin Pierce and Jackie Hoffman (Only Murders in the Building) as Uma Heller. Other cast members include Marisa Davila (Atypical), Tricia Fukuhara (Dante Falls), Cheyenne Isabel Wells and Ari Notartomaso (Paranormal Activity: Next of Kin). The ensemble cast will play the “Pink Ladies” in the musical prequel.

Grease: Rise of the Pink Ladies is expected to premiere on Paramount+ sometime in 2022. After the series announcement, Nicole Clemens, President of Paramount Television Studios, released a public statement that read, "We are thrilled to unveil our new original series that will introduce an incredible cast of young stars in the making and electrifying musical numbers you will fall in love with."

She continued, “Annabel and Alethea have managed to brilliantly capture the spirit of the iconic beloved classic film which like Rise of the Pink Ladies, is both set in the past but relevant to the present.”

The original film, which premiered in 1978, starred John Travolta as a greaser, bad boy named Danny Zuko. Over summer break, he falls in love with a shy, good girl named Sandy Olsson, played by Olivia Newton-John. Once the fall semester starts, they soon discover they now go to the same school. But, their relationship is put to the test by their friends, who are a part of different social cliques.

In the meantime, we’ll just turn on the television and binge-watch Grease because *sings* that’s what we do!