The Funniest Show You Can Watch RN Is on Netflix (and Yes, I’m Late to the Party Here)

As someone who is generally the first person to show up to a party (Pro tip: if you show up early, you can leave early and be in bed by 10pm!), I was extremely surprised to realize just how late I was to the Netflix party that is Derry Girls. 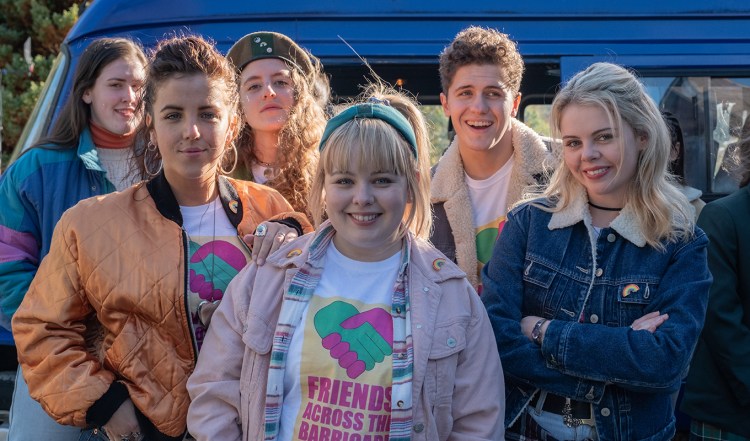 The three-season comedy set in Northern Ireland has been recommended to me on numerous occasions since its 2018 premiere. Co-workers (sorry for not listening, Sarah), friends and even the Netflix algorithm itself have been thrusting Derry Girls in my face for years. But why oh why did I not watch sooner?

Finally, just last year, I dove headfirst into season one episode one and before I knew it, I'd flown through all six episodes. (I then immediately dove into season two.) And by the end of it all, I knew one thing to be true: Derry Girls was the funniest show on TV or streaming at the time. Hands down. And thankfully, season three just arrived on Netflix (confession: I've only seen the first episode so far) and it's renewed my belief that Derry Girls is the best comedy out there. 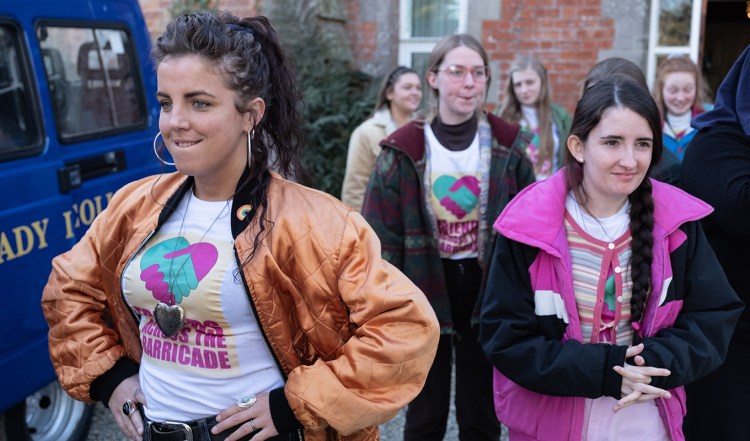 First of all, I am a tough critic. It genuinely takes a lot for a TV show to get me to laugh out loud. Seriously. I have set a high bar when it comes to comedy. I want Seinfeld. I want Waiting for Guffman. I want Clue-level comedy, damnit!

But oh my god, I was cackling my ass off during Derry Girls. (Honestly, I think my partner thought something was wrong with me. He kept peeking his head out of the bedroom to see what the hell I was laughing so hard at.) 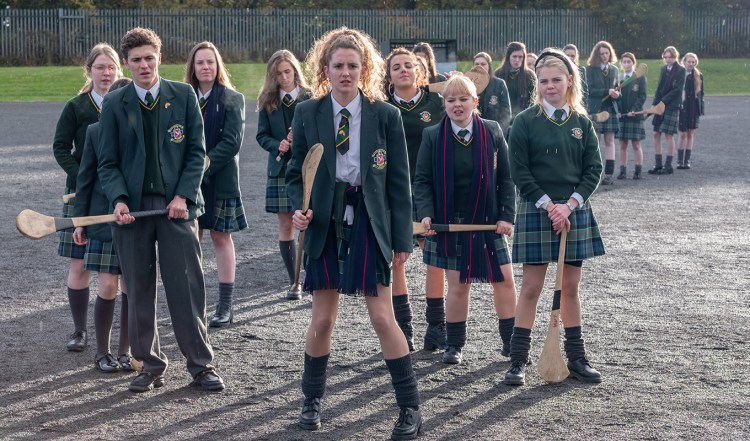 The story follows four teen girls (and one boy) on their small town adventures in Derry in Northern Ireland during the '90s. They navigate conflicting religious ideologies, financial hardships and deep teenage angst. Sounds hilarious, no?

Though it took a few minutes for my ears to adjust to their thick accents, I was totally taken aback by how fast the jokes were flying. From the get-go, Derry Girls delivers smart, well-crafted comedic characters, clever (and intentionally not-so-clever) one-liners and absurd storylines that are at once relatable and laughably stupid.

And in addition to the genius writing, the cast should be credited for delivering serious comedy. Saoirse-Monica Jackson as the lead, Erin, makes pulling goofy faces and getting into uncomfortable situations an art form. And Nicola Coughlan, who you may recognize as Penelope Featherington from another Netflix hit, Bridgerton, rivals some of today's top comedic actors. In her role as Clare, Coughlan consistently finds herself in hot water by sticking closely with her rabble-rousing friends. She is fiercely loyal...and she's the first one to sell them out when they inevitably get in trouble. She steals nearly every scene she appears in, even from episode one when she decides to go on a hunger strike for a charitable cause and barely makes it past lunchtime.

While the show is sadly ending after season three, I feel very fortunate that I have the remainder of the final season lined up and ready to watch.

With so much content out there to sift through, I highly recommend you give Derry Girls a shot. It's what we all deserve right now.