Carrie Underwood's Net Worth Is Massive, Thanks to Album Sales & Multi-Million Dollar Deals

It's no secret that Carrie Underwood is at the top of her game. The 39-year-old mother of two has a best-selling lifestyle book, a successful fitness clothing line and eight Grammys under her belt.

But what about Carrie Underwood's net worth? And how exactly did she earn her fortune? Get all the details below. 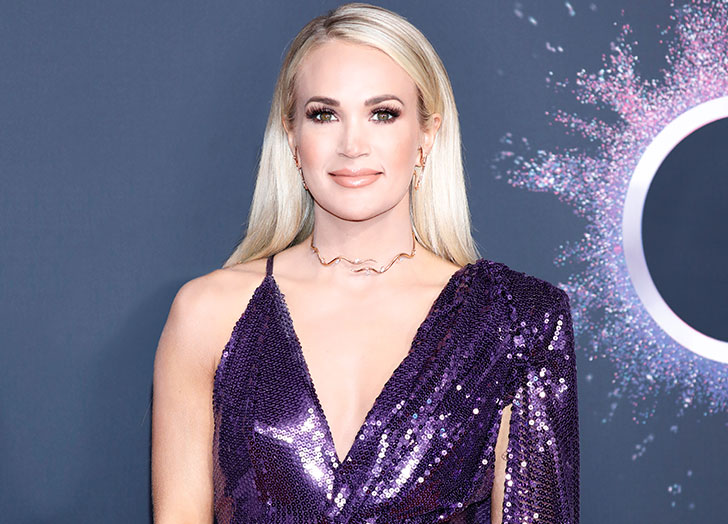 1. What Is Carrie Underwood's Net Worth?

According to Celebrity Net Worth, the country star and entrepreneur is worth an estimated $140 million. Meanwhile, her husband and ice hockey player, Mike Fisher, is worth a cool $30 million. No big deal.

2. How Much Did Underwood Make From Her Albums?

The country songstress went from winning American Idol to selling over 64 million records globally. And in the U.S. alone, she ranks as the top selling artist with 66 million albums sold.

According to her website, all nine of her studio albums have been certified platinum and have earned her multiple awards, including seven Grammy Awards, 14 Academy of Country Music Awards Awards, 20 CMT Music Awards and 15 American Music Awards.

While her earnings from album sales hasn't been estimated, it's safe to say they account for a huge portion of her net worth.

I woke up this morning with the sounds of the crowd still ringing in my ears! What an amazing opening night for the #DenimAndRhinestones tour! Thanks, Greenville, SC for being what may have been the loudest arena crowd we’ve ever had! @JimmieAllen …https://t.co/ko0cUd4pEq pic.twitter.com/rTg0lN2q5y

3. How Much Did Underwood Make From Her Live Tours?

In 2014, the singer was rumored to be making at least $500,000 per gig (although the figure varied depending on ticket sales). According to Billboard, Underwood's Cry Pretty Tour 360 made a whopping $50 million (!!!).

She recently celebrated the opening night for the Denim and Rhinestones tour, which will span 40+ cities.

4. What About Underwood's Fitness Clothing Brand?

In partnership with DICK'S Sporting Goods, Underwood launched her fitness and lifestyle brand, CALIA by Carrie Underwood, in 2015. The clothing line, which offers items like leggings and athleisure wear, was named one of the top brands at the chain in 2016. Six years later, we imagine that it's gotten even more successful (and that it's getting Underwood even bigger paychecks).

5. And Her Bestselling Book?

In March 2020, Underwood published her first book, Find Your Path: Honor Your Body, Fuel Your Soul, and Get Strong with the Fit52 Life, which landed a spot on the New York Times Bestseller List. The book, which focuses on eating well and maintaining an active lifestyle, also reached number one on Amazon and on Publisher’s Weekly’s Bestseller List. Cha-Ching!

6. What About Endorsement Deals?

Aside from DICK'S Sporting Goods, Underwood has worked with brands like Target, Olay, Sketchers, Nintendo and Hershey's. The vocal powerhouse also teamed up with NBC’s Sunday Night Football and has been performing their theme song since 2013.