What Does the Cal Twist Mean for ‘Manifest’ Season 4? 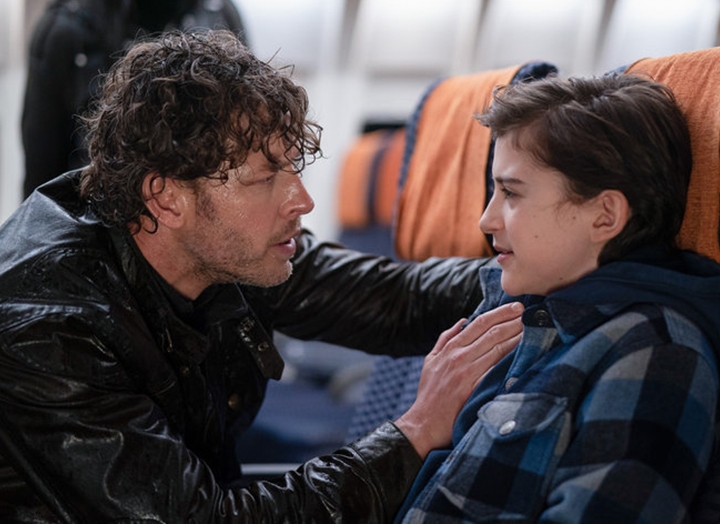 It’s been almost two weeks since Netflix surprised us all and renewed Manifest for season four after it was previously canceled by NBC. However, there’s still one burning question that hasn’t been answered: What’s the deal with Cal?

To fully understand what’s to come, let’s discuss what happened in the season three finale. Against his family’s wishes, Cal (Jack Messina) agrees to visit the Flight 828 tailfin, which is believed to be the key to his Callings. When he touches the debris, Cal suddenly vanishes.

Later on, Grace (Athena Karkanis) is on her death bed when she’s visited by Cal, who says he now understands what needs to be done. The problem? Cal is no longer a little boy—instead, he’s a 17-year-old (played by Ty Doran), which is the age Cal would have been had the plane not disappeared.

So, what does this mean for Cal in Manifest season four? Well, we don’t know for sure because Netflix might have different plans than NBC did. However, if the streaming service sticks to the original storyline, there’s a good chance that Cal’s transformation will be permanent. (Sorry, Messina.)

Not only does it align with NBC’s end game (which was to recast the character), but it also supports several fan theories. For example, many believe that Cal touching the tailfin restored things to the way they were supposed to be. If true, there’s no point in bringing back young Cal. Well, unless it’s for a flashback.

On the other hand, some fans could argue that teenage Cal hasn’t actually appeared in real life (only in a dream-like state). Perhaps Netflix will keep both actors around, using Messina for present-day scenes and Doran for Calling messages.

Excuse us while we let this sink in.