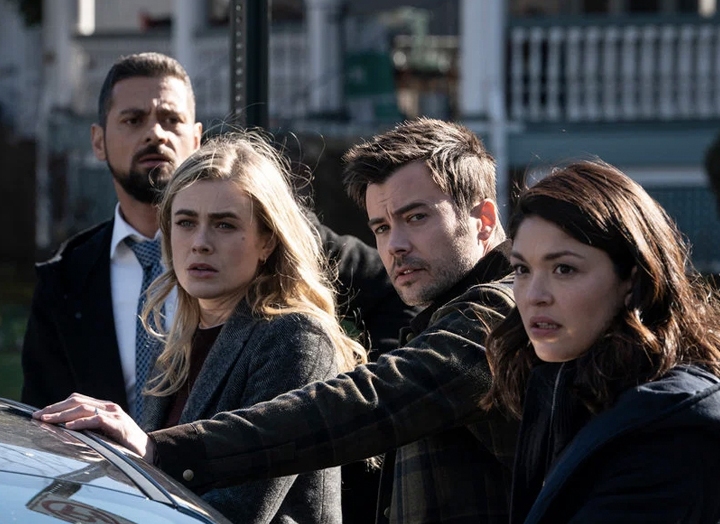 Manifest fans have been on an emotional rollercoaster the past few months with all of the updates regarding the show. Allow us to break it down for you quickly.

The series was cancelled by NBC back in June, making its third season its (supposed) last. However, neither the show’s creators nor the fans were OK with accepting the news and immediately began working on plans and writing petitions to keep the series alive.

In fact, creator Jeff Rake assured disappointed fans that he was trying to find a new home for future instalments.“My dear Manifesters, I’m devastated by NBC’s decision to cancel us,” he wrote on Twitter. “That we’ve been shut down in the middle is a gut punch, to say the least. Hoping to find a new home. You the fans deserve an ending to your story. Thanks for the love shown to me, cast, and crew. #savemanifest.”

And it worked because it was recently announced that the supernatural series has been picked up for a fourth and final season at Netflix for 20 more episodes. Now, Rake is opening up about the exciting news and the help he received from dedicated fans.

“Oh my goodness. It's such a combination of emotions, from gratitude to humility to shock and awe and incredible excitement,” Rake told Entertainment Weekly. “It's been a spectrum of emotions from June, when we got the bad news, to July, when we started sniffing the possibility of a future for us. Then there was a month of uncertainty where it looked like something might come together, but there were many hurdles to jump and so you manage your expectations. You're hoping for the best but don't want to go through a second round of disappointment. Thankfully I've had colleagues and family to accompany me along this journey, but the result is so incredible.”

The TV producer also opened up about his timeline for the final season. “We certainly expect to be in production this calendar year,” Rake continued. “I'm hopeful that cameras are rolling in November or December latest. We're going to work as fast as we can while still keeping an eye on quality control because we want to get episodes to everyone as soon as possible. We also want them to be excellent. It might take a minute for a brand-new batch of episodes to show up in people's homes, but it's going to be worth the wait.”

We have a feeling he’s not lying.

RELATEDEverything We Know About ‘Manifest’ Season 4 (Yes, the Cancelled NBC Show Was Just Saved by Netflix)