This ‘Manifest’ Theory About Michaela & The Major Totally ﻿Blew Our Mind 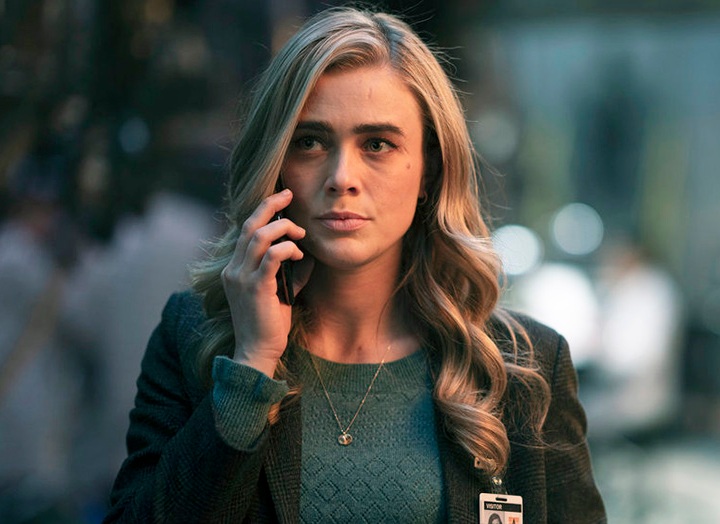 Now that Manifest has been renewed for a fourth (and final) season, we can’t help but wonder if Netflix will explore this mind-blowing theory about Michaela (Melissa Roxburgh) and The Major (Elizabeth Marvel).

Here’s what you need to know: The popular series follows a group of passengers who board a flight that mysteriously lands five years in the future. Among the list of travelers is Michaela, a cop who’s trying to get to the bottom of the puzzling event.

At the end of season one, viewers are introduced to The Major (AKA Major General Katherine Fitz), who’s tasked with conducting government-funded experiments on the passengers. Although there’s no confirmed relationship between her and Michaela, this new-ish theory is making us think otherwise.

According to Reddit (via Looper), The Major might actually be Michaela’s “older self visiting from the future.” Just let that sink in. There are two key pieces of evidence to support this mind-blowing theory.

First of all, both Michaela and The Major share a mutual interest in the premonitions (or “Callings”) the passengers are experiencing. And second, they wear nearly identical accessories. As the outlet points out, both characters don similar necklaces, featuring a pendant on a dainty chain. It seems like a small coincidence, but if we’ve learned anything from past seasons, it’s that every detail matters.

The theory has been circulating for a few months, but fans weren’t sure if it would ever be addressed because NBC cancelled Manifest after season three. That all changed when Netflix saved the series by renewing it for a fourth season, which caused the prediction to resurface.

All we have to say is… Your move, Netflix.