What Do Empty Houses in Your Birth Chart Mean? (P.S. It Can Actually Be a Good Thing) 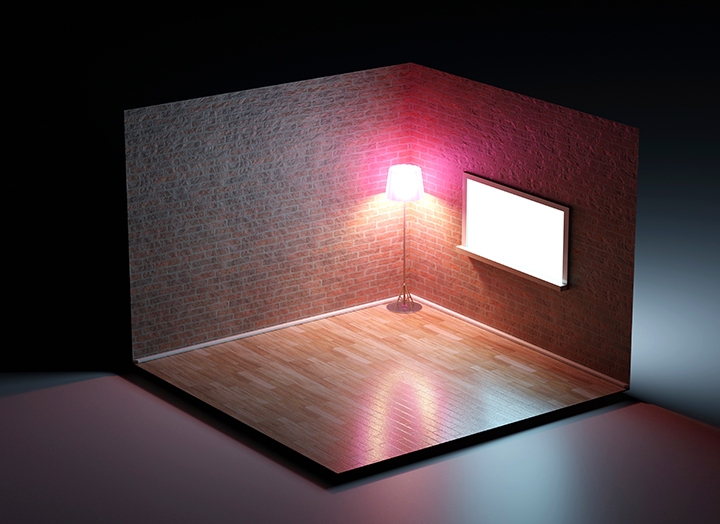 So you’ve officially caught the astrology bug. You’ve mastered your Big Three (sun, moon and rising signs), and are now ready to graduate to some more advanced topics—like houses! You’re learning that the tenth house is where you find information about your career, and the seventh house is where you find all the juicy stuff about relationships. But pulling up your chart, you discover that both your tenth house and seventh house are empty. You might worry that this means that you’re destined to never have a career or a romantic partner. (And trust me, this is what I worried about myself when I was first learning astrology, and saw that both of those houses were empty in my own chart!) But this couldn’t be farther from the truth. Let’s break down what empty houses in your chart actually mean.

What Makes a House “Empty”?

Though many start their astrological journey through getting to know the zodiac signs, this is just one part of astrology. Your birth chart is as multifaceted and dynamic as a stage play: The planets are the actors, the signs are the actor’s costumes, and the aspects show how the actors (planets) dialogue with each other. The houses, which represent different topics in our life, are the different settings where the play takes place.

Planets are the voice of our chart—and that voice speaks loudly in the house where the planet resides. For example, if you were born with Jupiter—planet of opportunity, growth, and wisdom—in your tenth house of career, you might end up working in a Jupiterian profession such as a scholar, teacher or lawyer. Someone else born with Jupiter in the fourth house of family and ancestry might have been raised by someone in one of those professions.

The more planets that occupy a house in a chart, the more emphasis and action there is on that part of life. It’s like having a bunch of actors all trying to get a word in during the same scene. But because there are 12 houses, and only seven (traditional) or ten (modern) planets, everyone has at least a couple of empty houses in their chart.

How to find meaning for the empty house?

Though houses that contain planets are usually more emphasized in our chart, a house being empty doesn’t mean that there’s no action in that part of your life! On some level–and this isn’t a hard and fast rule—it means that area of life is less dramatic. Think about it: There aren’t any actors on the set screaming over each other to be heard.

To get more information about your empty house(s), you need to find that house’s planetary ruler. To do that, first find the sign that occupies the cusp of that house. (You can use this chart tool to pull up a circular version of your chart), and then identify what planet rules that sign. I suggest using traditional planetary rulers (as follows) for this.

What are the traditional planetary rulers?

What exactly do the planetary rulers...rule?

The house’s planetary ruler is in charge of activities in that house. Think of the house like a restaurant, and the planetary ruler like the chef/owner of that restaurant. Though the owner isn’t always on site, he’s the one who creates the menu, sets the vibe and enforces the rules of the space.

For example, if your empty seventh house of relationships has Aries on the cusp, you look to Mars—the house’s planetary ruler—to get more information. Say you have Mars in Gemini in the 9th house of travel, education and spirituality. Though there are no planets in your seventh house, Mars in Gemini tells us what we need to know about your current or potential partner. Maybe you’re attracted to someone who initiates (Mars) with their curiosity and intellect (Gemini), and you might meet them at school, while traveling abroad or on a spiritual retreat (9th House). There’s also likely a major connection between 7th House and 9th House topics in your life in general. i.e. You might learn better when you’re working as a team.

Again, there’s no reason to worry if you have an empty house in your astrological chart. It doesn’t mean that part of your life doesn’t exist or is doomed to fail. It more likely means that it’s a part of your life where you experience less constant action or drama. The sign on the house’s cusp and the planetary ruler are where you can unlock more information!

The 4 Most Codependent Zodiac Signs