Watermelon Salad with Almonds and Dill 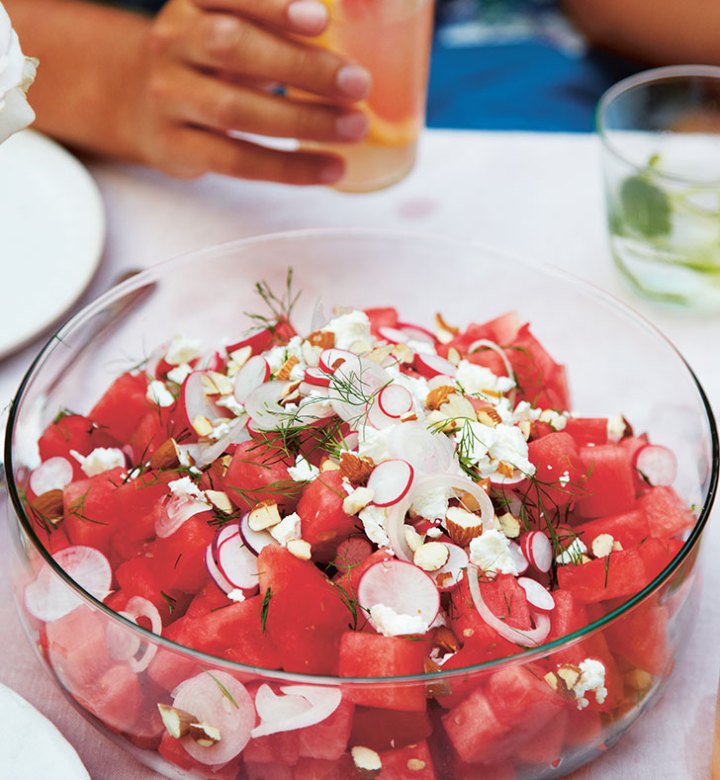 Have you heard? Savory fruit salads are pretty much the it summer food right now. Enter Laura Jackson and Alice Levine’s watermelon salad with almonds and dill from their cookbook, Round to Ours: Setting the Mood and Cooking the Food: Menus for Every Gathering. It’s ready in 15 minutes flat, and it doesn’t skimp on the creamy feta.

Cider vinegar, as needed, for soaking

1. Place the shallots in a bowl and cover with cider vinegar. Set aside.

2. Place the almonds in a dry skillet over medium-low heat. Toss until they are toasted and the skin has turned golden brown, about 5 minutes. Transfer to a plate to cool.

3. Place the watermelon in a large bowl and crumble the feta over it. Remove the shallots from the vinegar and add them to the bowl, along with the almonds, radishes and dill. Season with salt and pepper, and mix well with your hands.

4. Transfer to a large platter to serve.