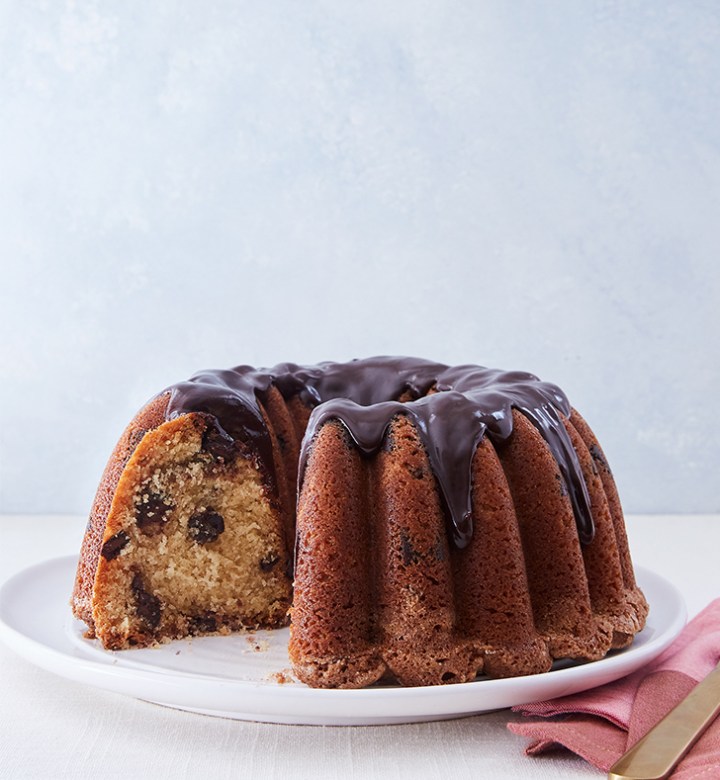 We transformed our favorite all-American cookie into a fluffy, decadent cake. You’ll recognize the same flavors, thanks to thick cinnamon-sugar layers. We also added chocolate chunks and glaze (because why not). It’s every bit as delicious as it sounds.

10 Spectacular Cakes That Couldn't Be Easier To Make

2. In the bowl of an electric mixer fitted with the paddle attachment, cream the butter, light brown sugar and ¾ cup of the granulated sugar until light and fluffy, about 4 minutes.

3. Add the eggs one at a time, scraping the bowl well after each addition. Mix in the vanilla extract.

4. In a medium bowl, whisk together the flour, baking powder, baking soda and salt. Add the mixture to the wet ingredients in three additions, mixing until just combined after each and alternating with the buttermilk until both are fully incorporated. Fold in 1⅓ cups of the chocolate chunks.

6. Bake until a toothpick inserted into the center of the cake comes out clean, 60 to 80 minutes. Cool in the pan for 20 minutes and then invert the cake onto a rack and cool completely.

7. Place the remaining chocolate and cream in a medium-size heat-safe bowl. Microwave in 20-second intervals, stirring in between until the chocolate is melted and smooth.

8. Pour the chocolate glaze over the cake, allowing it to drip down the sides and set for at least 15 minutes before serving.