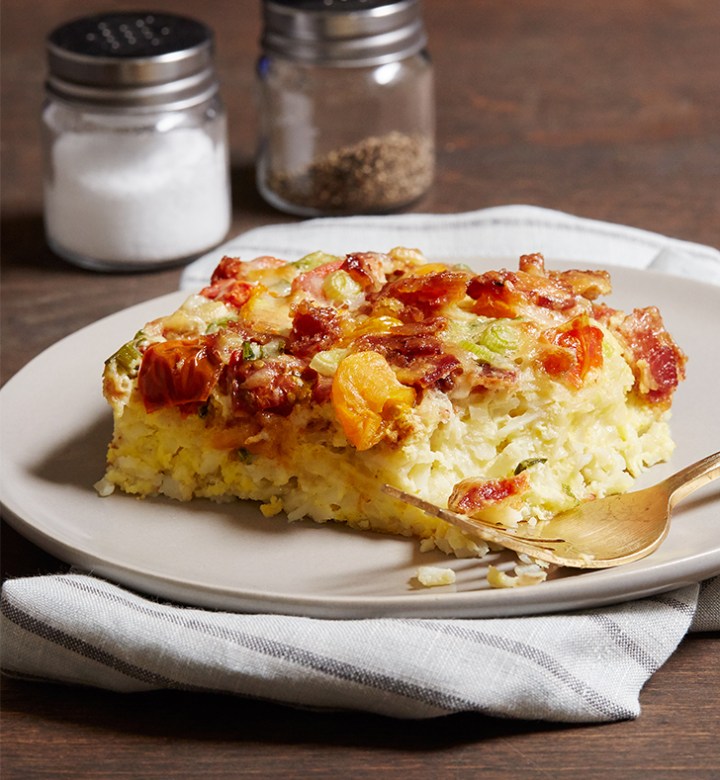 Fact: You should be using a Crock-Pot to make breakfast. May we suggest this recipe for slow-cooker breakfast casserole? Instead of cooking the eggs, potatoes and bacon separately, you can do it all at once. (And you might actually get to enjoy that cup of coffee for a change.)

5 Slow-Cooker Breakfast Recipes Worth Waking Up For

1. Grease the inside of the slow cooker with nonstick cooking spray.

2. In a medium bowl, toss the hash browns with the melted butter and 1 cup of the shredded cheese to combine. Season with salt and pepper.

3. Press the hash-brown mixture evenly into the bowl of the slow cooker. Arrange the bacon, cherry tomatoes and scallions on top of the hash browns.

4. In a medium bowl, whisk the eggs with the whole milk to combine. Pour the egg mixture over the bacon and tomatoes. Sprinkle 1 cup cheddar cheese on top.