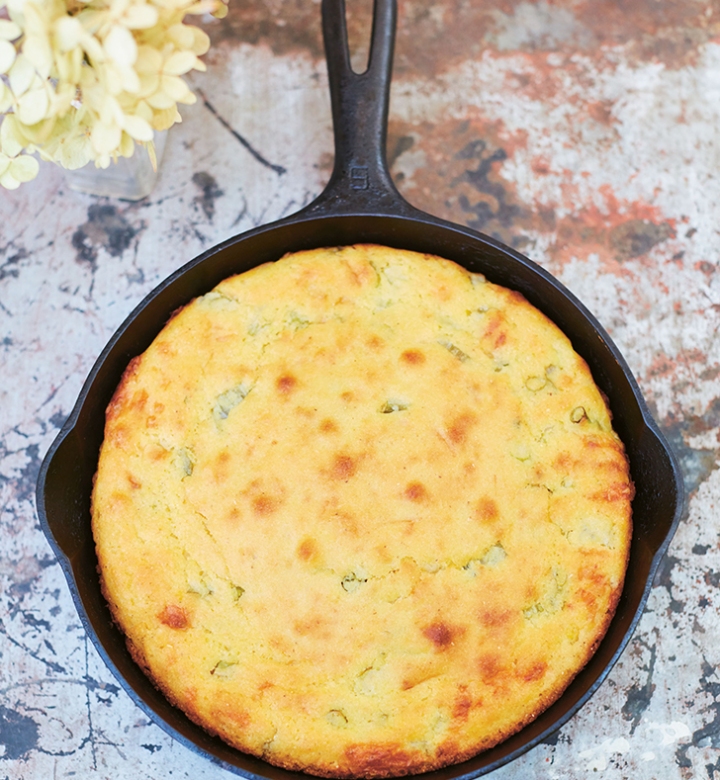 Cookbook guru Julia Turshen has a secret: Years of trial and error went into this recipe for skillet cornbread with cheddar and scallions from her cookbook Now & Again. Why? Because she doesn’t take cornbread lightly. You deserve the best.

“It’s slightly tangy thanks to buttermilk and sharp cheddar cheese, but it’s just as good without the cheese if you prefer it less adorned,” Turshen explains. “The best and most important part is the piping-hot cast-iron skillet. It’s impossible to get the beautiful crust on the cornbread without it.”

Her final words of wisdom? Eat it straight from the skillet.

1. Preheat the oven to 425°F. At the same time, place an 8-inch cast-iron skillet in the oven to get it really hot.

3. Put on an oven mitt and carefully take the skillet out of the oven; add the remaining 1 tablespoon butter to it. Tilt the skillet to spread the butter evenly on the bottom and up the side. Use a rubber spatula to scrape the batter into the skillet and smooth it into an even layer. Return the skillet to the oven and reduce the temperature to 400°F. Bake the cornbread until it’s beautifully golden brown and firm to the touch, and a toothpick inserted in the center comes out clean, about 30 minutes.

4. Let the cornbread cool for at least 10 minutes. Serve warm or at room temperature, cut into wedges. It is best served straight from the skillet. Store any leftovers in an airtight container at room temperature for up to three days (toast before serving).