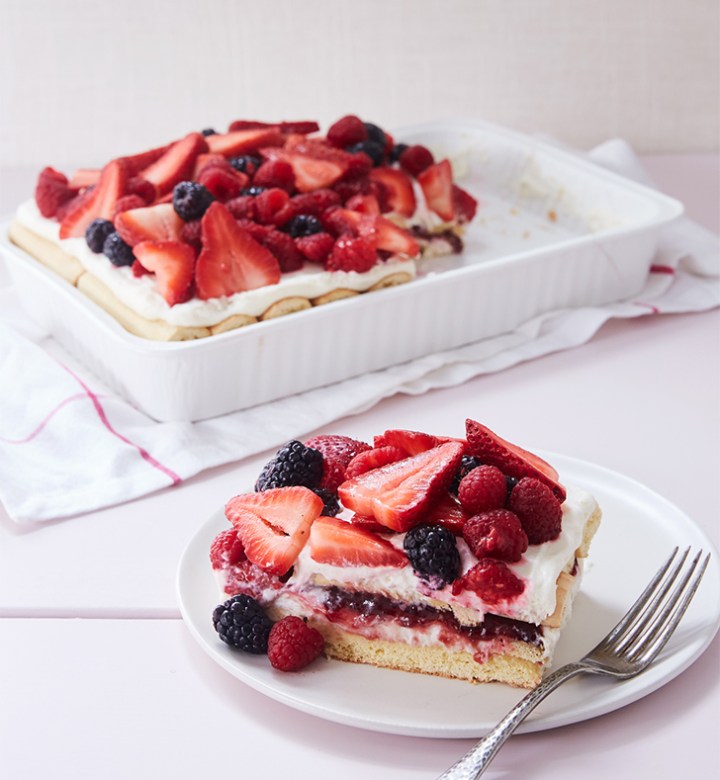 The number one thing we want to do this summer? Lounge around outside and eat cake. And the thing we really, really don’t feel like doing? Using the oven in our sweltering kitchen. Problem solved: Presenting no-bake berry tiramisu, our new favorite warm-weather dessert.

1. Arrange half of the ladyfingers in an even layer in the base of a 9-by-13-inch pan.

2. In the bowl of an electric mixer fitted with the whipping attachment, whip the cream with ¾ cup sugar until the mixture forms soft peaks. Add the ricotta, cream cheese, lemon zest, cinnamon, vanilla extract and almond extract (if using) and whip until medium peaks form.

5. In a medium bowl, toss the strawberries, raspberries and blackberries with the lemon juice to combine. Add the remaining ¼ cup sugar and mix well.

6. Pour the berry mixture in an even layer on top of the cream. Chill for 1 hour (or up to overnight) to soften the ladyfingers before serving.