Honey-Lime Chicken and Veggies in Foil 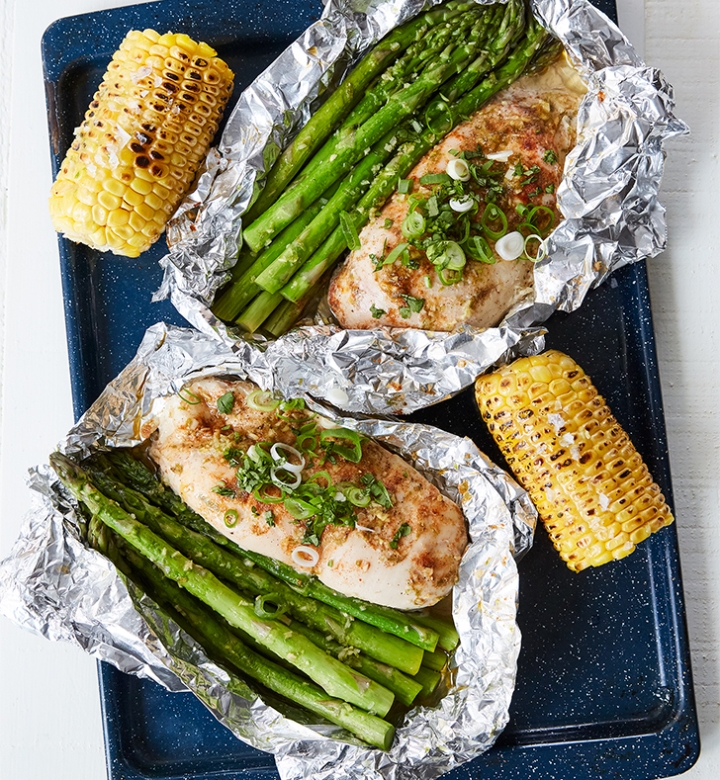 Dinner doesn’t seem so hard when there’s no cleanup involved. Each portion of this honey-lime chicken and veggies cooks inside a little foil packet that you place directly on the grill. Once everything’s cooked, just throw away the foil.

The Best BBQ Recipes That Take 30 Minutes or Less

1. In a small bowl, stir together the butter, olive oil, garlic, ginger, honey and lime zest.

2. Using 12-inch sheets of foil, build four packets. Place a chicken breast in the center of each. Season it with cumin and paprika. Divide the asparagus among the packets. Brush the chicken and asparagus with the honey-ginger sauce and season with salt and pepper. Fold the foil over the food inside and crimp several times to seal.

3. Preheat a grill or grill pan over medium-high heat. Grill the packets until the chicken is cooked through, 10 to 12 minutes.

4. About 5 minutes before the chicken is finished, add the corn to the grill and cook until it’s browned on all sides, about 5 minutes.

5. Garnish the chicken with cilantro and green onion before serving.