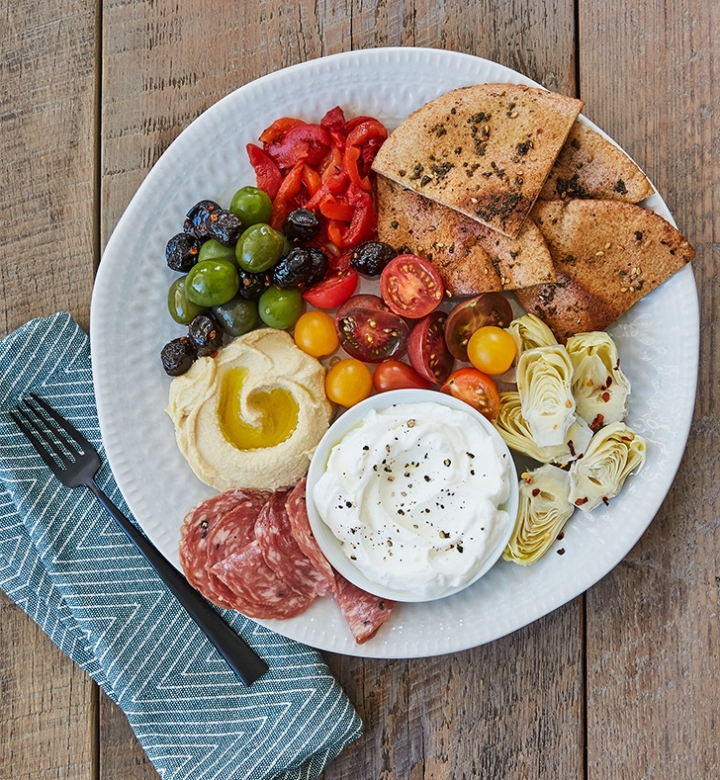 Yep, we officially give you permission to eat a giant plate of snacks for dinner. Meet the 15-minute mezze plate with toasted za’atar pita bread. It’s a medley of tasty hors d’oeuvres, creamy spreads and irresistible herbed pitas. The best part? It requires practically zero cooking.

How to Make Tabbouleh, the Perfect Mediterranean Summer Lunch

1. Heat a large skillet over medium-high heat. Brush both sides of each pita with olive oil and season with the za’atar.

2. Working in batches, add the pita to the skillet and toast until golden brown, about 2 minutes per side. Slice each pita into quarters.

3. Season the Greek yogurt with salt and pepper.