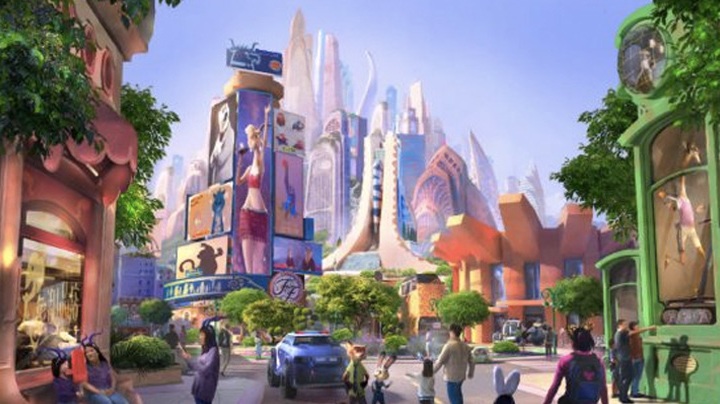 Just when we thought Disney couldn’t possibly do anymore, Shanghai Disneyland announced a Zootopia-themed land is in the works. So…looks like we’re headed to China?

The Disney Parks Blog made the announcement last week, stating that the expansion (the second for the park since its opening in 2016) will recreate the animated movie’s bustling metropolis and will include a major attraction and unique food options said to “seamlessly blend Disney storytelling and state-of-the-art technology to bring this fan-favorite movie and its characters to life.”

Why Zootopia you might ask? The 2016 animated film was a global success, not to mention it broke China’s box office records to become the country’s No. 1 animated feature film in history. Seems like Shanghai Disneyland is the perfect place for the new addition.

Although it’s definitely happening, little is known about the project. Construction is targeted to begin later this year, but there’s no estimated opening date just yet.

In the meantime, we’ll rewatch the film as homework.

Disneyland Now Has a Cappuccino Doughnut, and It’s Just as Extra as It Sounds