Zendaya just debuted a new hairstyle, and it's giving us all the Mary Jane Watson vibes.

On her Instagram Stories, the Spider-Man: No Way Home star paid homage to the original "MJ" by posting a mirror selfie with short, auburn locks—a style that looks almost identical to Mary Jane's iconic red hair in the Spider-Man comic books. Zendaya, who is posing in a ruffled floral dress, wrote, "It was time for a change." 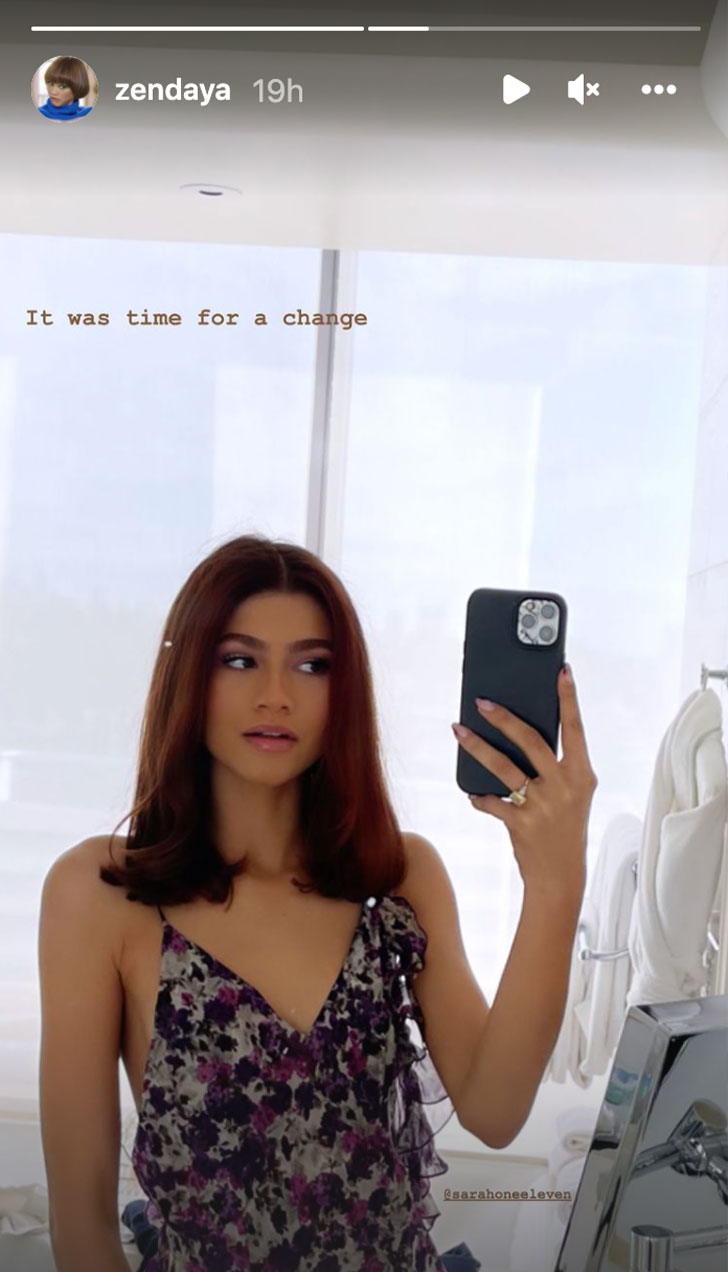 However, this isn't the first time the 25-year-old actress opted for a transformative new 'do. Back in March, she rocked knee-length box braids while promoting Valentino. And for her November cover shoot with InStyle, she wore an elegant bob with fingerwaves that took us straight back to the 1920s. One fan wrote, "Stunning and exceptional." Another added, "Tyra Banks would be all about this photo if it was [America's Next Top Model]."

Zendaya's newest hairstyle comes just in time for the premiere of Spider-Man: No Way Home, which dropped today. In addition to Zendaya, Tom Holland returns and is reprising his role as the titular character. Also, Andrew Garfield from Marc Webb's The Amazing Spider-Man series and Tobey Maguire from Sam Raimi's Spider-Man trilogy make an appearance as different versions of Parker.

While speaking about the impact of the Spider-Man franchise, Zendaya told Screenrant, "I remember being scared of the villains for sure. But I thought it was the coolest thing. [The] visual effects at that time, that was like the coolest thing I'd ever seen... Him swinging through New York. I'm like, 'This is real, this man is doing this. This is incredible.' You know, as a kid. So, I think the whole thing had a profound impact."

She continued, "Spider-Man's always been, I think one of my favorite superheroes just because he is Peter Parker too, which everyone kind of connects a little bit more to Peter because he's just a normal kid who's got a lot of heart and is always just trying to do the right thing. And he feels like he could be your brother or your best friend or someone close to you."

Given her special connection to the franchise, we can totally see why Zendaya took her inspiration from MJ. Fingers crossed we'll see even more fabulous 'dos in the future.

Stay up-to-date on all the latest celebrity news stories by subscribing here.